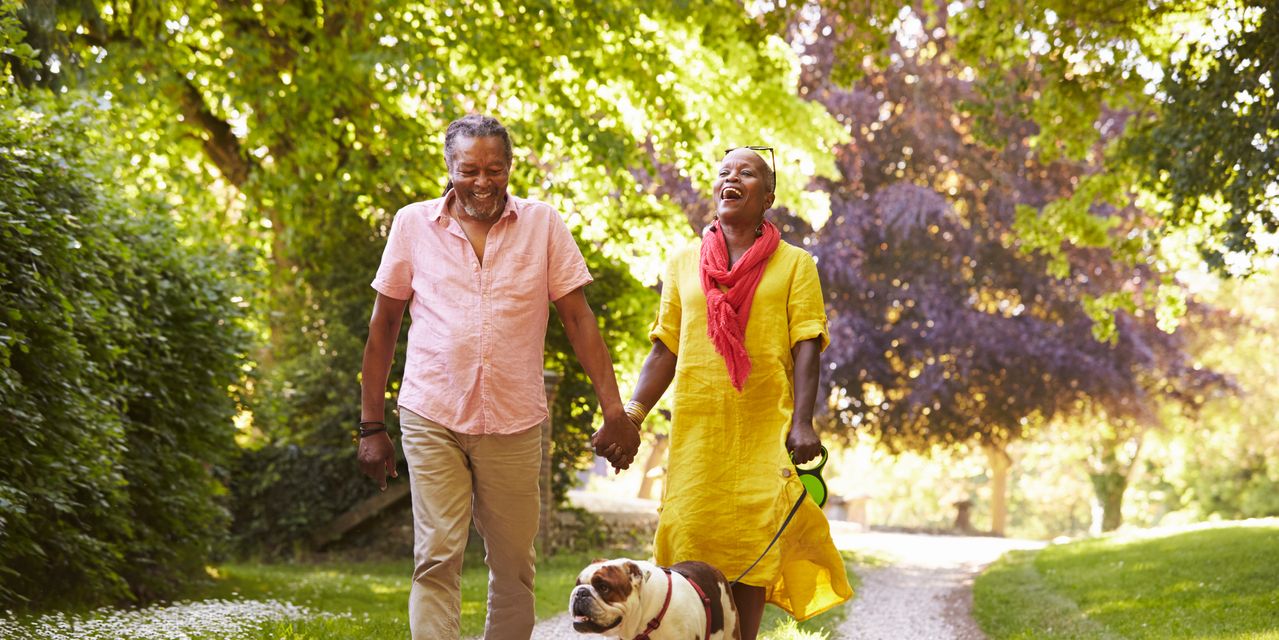 Personal-finance pundits love to debate safe withdrawal rates—the amount a retiree can withdraw each year from a portfolio without depleting it too quickly. I agree this is an important topic. In fact, I’ve addressed it a few times myself in recent months.

In July, I discussed the well-known 4% rule. A few weeks ago, I described an alternative called the bucket strategy. But as you build your retirement plan, withdrawal rates shouldn’t be the only consideration. Below are six additional, often-overlooked topics to consider.

Read: It’s never too late to have a happy retirement

1. Time allocation. How will you spend your time after you retire? This might not seem like a financial question. But the way you allocate your time will have implications for both your income and your expenses.

On the income side, do you envision a traditional retirement—that is, stopping work entirely—or would you like to taper down to part-time, perhaps taking on a new job or starting a small business? I once knew a fellow who worked part time at a marina pumping gas. It seemed like an odd choice for a high-net-worth retiree. But he loved the water, it was an opportunity to socialize, and it brought in extra income.

This might seem like an idiosyncratic example, but it illustrates a more general reality: that retirement doesn’t need to be a binary decision. Sure, some people shift overnight from the office to the hammock. But it isn’t always that way. I’ve seen just as many people downshift for a period of five to seven years before fully retiring. There’s no one-size-fits-all.

On the expense side, housing is usually the biggest variable. Do you think you’ll remain in your current home, downsize, or maybe buy or rent a vacation home? How do you see this changing over time? Over the summer, I ran into a neighbor who described “outliving” Florida. It turned out that he had bought a place in Florida when he retired in his 60s. For 20 years, he enjoyed spending winters there and summers up north. But over time, his preferences shifted. He grew tired of traveling back and forth, and he also wanted to lower his expenses, so he consolidated back to a single home.

Strategies like the 4% rule assume that a retiree’s portfolio withdrawals will be the same every year, increasing only with inflation. But that’s probably not true for most people, as these examples illustrate. That’s why time allocation is such a key pillar of any financial plan. Everyone’s retirement income and expenses go through different phases. Can you predict in your 50s where you’ll be in your 80s? No. As you build your plan, it’s worth considering a range of possibilities.

2. Income taxes. In retirement, you’ll generally have much more control over your tax bill than during your working years. In the past, I’ve discussed Roth conversions and other strategies to engineer your retirement tax bill. These strategies might or might not work for you.

But something every retiree should consider is the manner in which withdrawals are taken to fund living expenses. Suppose you have some money in a taxable account, some in a tax-deferred account and some in a Roth IRA. In what order should you tap these accounts each year? This should be an important part of your planning process, so your tax bill isn’t left to chance.

3. Debt. Do you have a mortgage or other loans? If at all possible, I recommend arriving in retirement without any significant debt—for two reasons. There’s the peace-of-mind benefit. In addition, the cash flow flexibility gained from being debt-free will make it easier to manage your taxes in the ways noted above. One exception: If you have a home equity line of credit you use for rainy-day purposes, you might want to renew it while you’re still working. It’ll be infinitely easier to get approved while you still have a regular income.

4. Family. If you find yourself in the “sandwich generation,” with both children and parents requiring help, that may impact where you’re able to live. It likely will also impact your time allocation. Making predictions in this area can be difficult. But again, it’s worth thinking through the range of possibilities and how each might affect your finances.

5. Estate planning. When it comes to planning for the next generation, I’ve found that every family is different. Some want to leave every dollar possible to their children, while others don’t mind if their estate ends up writing a check to the government. Other families have more specific considerations, such as a child who’ll require long-term care. Probably because it isn’t such an uplifting topic, many people procrastinate when it comes to estate planning. But it’s worth being intentional about this, for the same reason you want to be intentional about income taxes—to avoid a result that isn’t what you would’ve wanted.

Read: How to give your heirs quick access to your bank accounts when you die

6. Mechanics and mind-set. I’ve heard more than one person say that the prospect of retirement makes them uneasy. Even when new retirees know there’s enough money in the bank, it can trigger anxiety to think about drawing down those assets. That’s why it’s worth pondering not just the math of portfolio withdrawals but also the mechanics.

I usually recommend setting up automated transfers from retirees’ investment accounts to their bank accounts. That helps recreate the feeling of a paycheck, making it easier to budget. Maybe more important, it can alleviate some of the anxiety associated with making withdrawals. To be sure, you’ll want to revisit the amount of your retirement withdrawals periodically. Still, I think it’s best to automate as much as possible. That can help you avoid deliberating and equivocating each time you need to make a withdrawal.

This column originally appeared on Humble Dollar. It was republished with permission.

Adam M. Grossman is the founder of Mayport, a fixed-fee wealth management firm. Sign up for Adam’s Daily Ideas email, follow him on Twitter @AdamMGrossman and check out his earlier articles.

Hedge funds still can’t keep up with the stock market

Market Extra: Why an Elon Musk tweet led to a 5,675% surge in Signal Advance’s stock

If you could buy only one ecommerce stock, this would be it — and it’s not Amazon