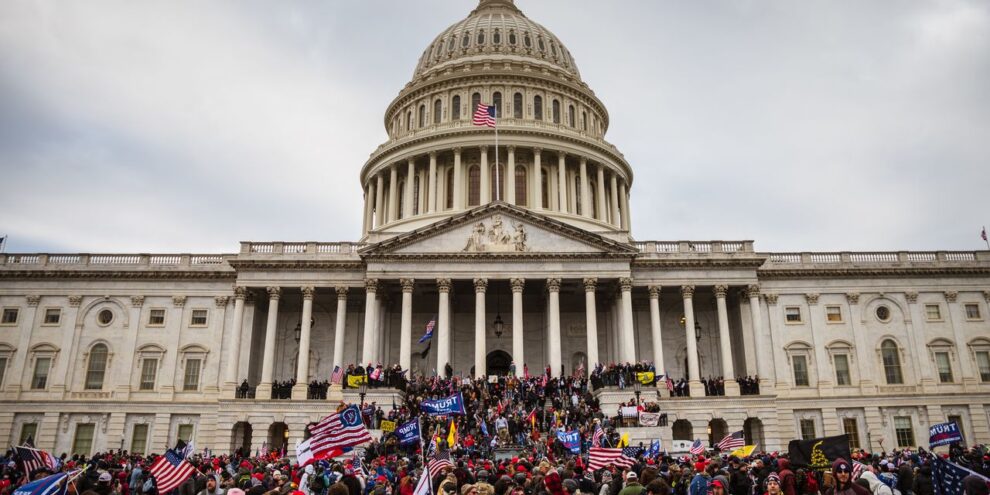 Storming the Capitol was a next-level event, revving up the country's national-security forces. Read More... 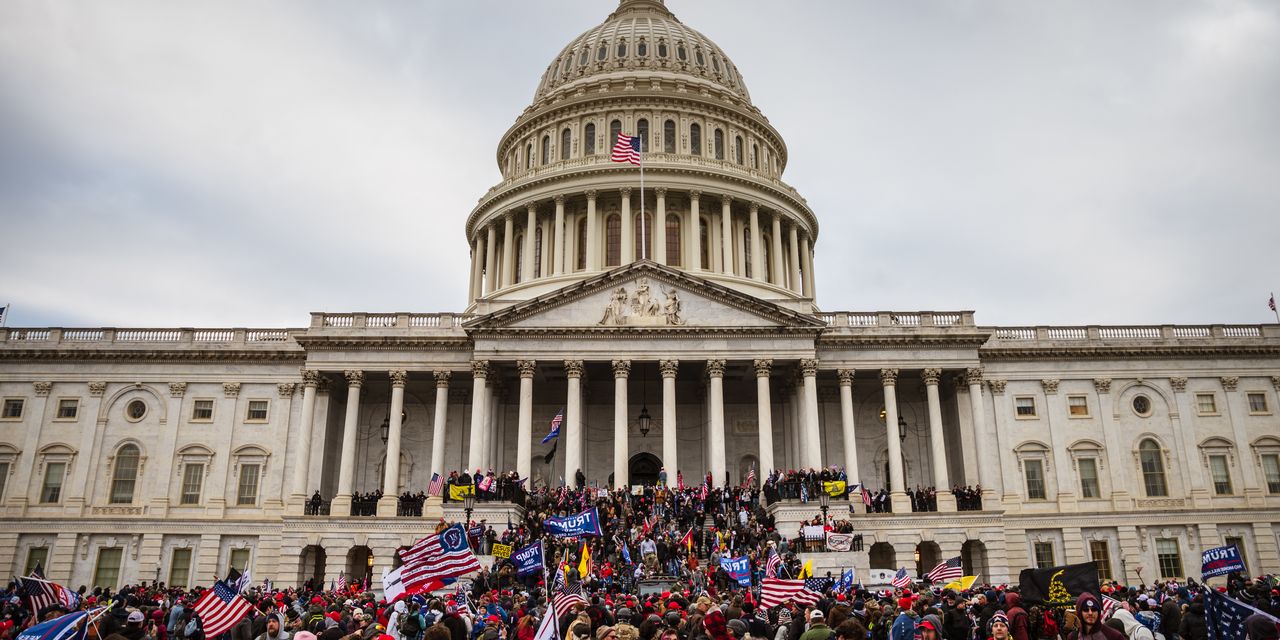 To the QAnon community, and others involved in storming the Capitol:

The Deep State is real, but it’s not what you think. The Deep State you worry about is mostly made up; a fiction, a lie, a product of active imaginations, grifter manipulations and the internet.

I’m telling you this now because storming the Capitol building has drawn the attention of the real Deep State — the national security bureaucracy — and it’s important you understand what that means.

“ You cheered on lawyers who said they’d release the Kraken. But now you’ve poked Leviathan. ”

You attacked America. Maybe you think it was justified — as a response to a stolen election, or a cabal of child-trafficking pedophiles, or whatever — but it was still a violent attack on the United States. No matter how you describe it, that’s how the real Deep State is going to treat it.

The impact of that will make everything else feel like a LARP.

I’ve been teaching college students about the Deep State for years, and have interacted with it on occasion. By “Deep State,” I’m referring to executive branch agencies populated with unelected officials, especially those involving national security, law enforcement and intelligence. The non-nefarious name for it is “the federal bureaucracy,” with the subset that includes the military, Central Intelligence Agency and Federal Bureau of Investigation known as “the national security state.”

In 2017, conservative writer David Frum quipped that if you replaced “Deep State” with “rule of law,” you’d have a better understanding of Trumpist complaints.

There’s some truth in that. Federal agencies and their mandates were created by law, their annual budgets are determined by law, and they’re overseen by elected officials. Their main job is executing U.S. law, and one reason they’ve clashed with the White House is being asked to do things outside their legal abilities, or to not do things that are legally required.

So rule of law is part of it, but it’s not that simple.

The president appoints, and the Senate confirms, top officials, from the secretary of state to the five members of the Arctic Research Commission, over 1,200 in total. Every other executive branch employee — over 4 million if you include the military, over 2.7 million if you don’t — is hired or recruited, not elected or appointed. This means that the departments of State, Defense, Justice, the intelligence community and federal law enforcement are staffed with people the agencies hired themselves.

Their mandates are broad. For example, the FBI is supposed to “investigate federal crimes and threats to national security.” While there are laws giving the FBI certain powers (e.g., to arrest people) and limits (needing warrants), a lot is open to interpretation, especially regarding national security threats.

It’s fair to say the FBI, CIA, Internal Revenue Service, Centers for Disease Control and Prevention, and other federal agencies have, to some extent, taken on lives of their own. So has the military, and the larger defense-industrial complex. They’re under control of elected and appointed leaders, but also not, acting according to established laws, established regulations (many of which they wrote themselves), and individual judgment calls. You could call that “the Deep State.”

If you want to understand the real Deep State, the biggest thing you need to know is it’s institutional, impersonal and operates on a national scale.

The law enforcement-intelligence-national security bureaucracy doesn’t really care about a lot of the little things people think it cares about. It’s mostly focused on terrorists, serial killers, narco-traffickers and foreign governments — threats to the nation.

Previous QAnon activity wasn’t on that scale, but the Capitol attack is. I don’t think this has sunk in yet. It wasn’t 9/11, but it was bigger than, for example, Benghazi.

Americans storming the Capitol to prevent Congress from carrying out election law hasn’t happened before. When four Puerto Rican nationalists shot at congressmen from the House balcony in 1954, they were rightly called terrorists, convicted in federal court and imprisoned. And that was just four attackers, no one died, and it wasn’t encouraged by a losing presidential candidate to disrupt the peaceful transition of power.

The Capitol attack was a unique event in American history, something they’ll teach about in high school. National security analysts are comparing it to last year’s FBI-thwarted plot to kidnap and execute Michigan Gov. Gretchen Whitmer, which came a few months after armed demonstrators forcefully stopped business at the Michigan statehouse. There have been armed post-election demonstrations at multiple statehouses, and reports of plots to storm them next week.

It’s a pattern. And after the Capitol attack, the Deep State is going to take it seriously.

U.S. code defines “sedition” as using “force to prevent, hinder, or delay the execution of any law of the United States.” That’s what you did. And the legal process you tried to stop is one of the most important in American democracy.

Five people are dead, and it could’ve easily been more. You beat a police officer to death and injured others. You set up a gallows and chanted “hang Mike Pence.” While some goofy attention-seekers attracted the most focus at first, it’s increasingly clear that some who stormed the Capitol, likely members of far right militias, were searching for Vice President Pence, Speaker of the House Nancy Pelosi, Senate Minority Leader Chuck Schumer and other national leaders, and would’ve killed them if they had the chance. That’s terrorism, fortunately thwarted by Capitol security and luck.

Compare that to, for example, riots this past summer. Looting is bad, but it’s a problem for police and insurance companies. Trying to burn down a police station or courthouse is worse, but that too is a law enforcement problem, perhaps one requiring federal assistance. Storming the Capitol, forcefully hindering the execution of U.S. law, and trying to kill top elected officials is a national security problem.

What you did was on another level, and the reaction will be too.

After the Capitol attack

By “you,” I don’t mean you personally (unless you were there), but your movement as a whole. QAnon’s fingerprints are all over this.

A 35-year-old woman named Ashli Babbitt, shot by Capitol police as she climbed through an opening near where elected officials were hiding, was a QAnon believer who thought she was taking part in the prophesized “storm.” The guy in the horns who traipsed through the Senate chamber is known as the “Q Shaman.” QAnon slogans and hashtags, such as “where we go one we go all,” can be seen on shirts and signs at the riot, and on tons of related social media posts.

This means that, for the first time, the Deep State cares about you.

No matter what anyone’s told you, Deep State operatives weren’t spending their time messing with your internet discussions. That’s below their radar. It wasn’t until May 2019 that an FBI intelligence bulletin warned of the potential for terrorism from “conspiracy theory-driven domestic extremists,” using QAnon and Pizzagate as examples. But it didn’t become a law enforcement or counterterrorism priority.

I should know — I’ve been trying to get them to take QAnon more seriously. This past August, after Trump publicly acknowledged the movement, I warned of the potential for election violence in a national security publication called Defense One:

“Win, lose, or too close to call, Trump will be in a position to activate the violent subsets of QAnon, deliberately or inadvertently. The president has been insisting, without evidence, that the election will be rigged, blaming an ambiguous “they” or a rotating cast of villains. The conspiracy-minded QAnon community makes for a receptive audience.

“If Trump starts tweeting things like “RIGGED! They’re trying to take your country. Don’t let them! THIS IS IT! Second Amendment!” — let alone if he uses QAnon lingo like “the Storm is upon us” — there’s a risk that some violence-embracing QAnon followers decide to act. And if some do, it could encourage others.”

That’s basically what happened. If anything, I think I guessed low.

But now that QAnon was involved in violent sedition, the national security state is paying attention. Arrests of people caught on camera storming the Capitol have already begun. Prosecutions will follow. Big tech companies — which, while powerful, are weaker than, and have a healthy fear of the government — are now treating QAnon almost like how they treat ISIS. A giant federal apparatus built to fight al Qaeda will shift some capacity to fighting you, especially the white nationalist and anti-government militias in your orbit.

You cheered on lawyers who said they’d release the Kraken. But now you’ve poked Leviathan.

This is what you need to absorb: QAnon and “stop the steal” are forever associated with a violent attack against the United States. Maybe that’s not what it’s meant to you, maybe you think that’s a misread of last week’s events, but that’s how the real Deep State, a lot of elected officials, and much of the public sees it.

If that isn’t what you signed up for, now would be a good time to get out.

Nicholas Grossman is a political science professor at the University of Illinois and senior editor of Arc Digital. Follow him on Twitter @ngrossman81.

This article was published with permission by Arc Digital, where it originally appeared.

The Moneyist: My stepmother and father gave me $16K, but after my dad died she said she needs it back — should I give it to her?

Altria and Phillip Morris International in Merger Talks: What you Need to Know

The Tell: A group of superrich investors, spooked by China and potential ‘black swans,’ raises cash to levels not seen in years