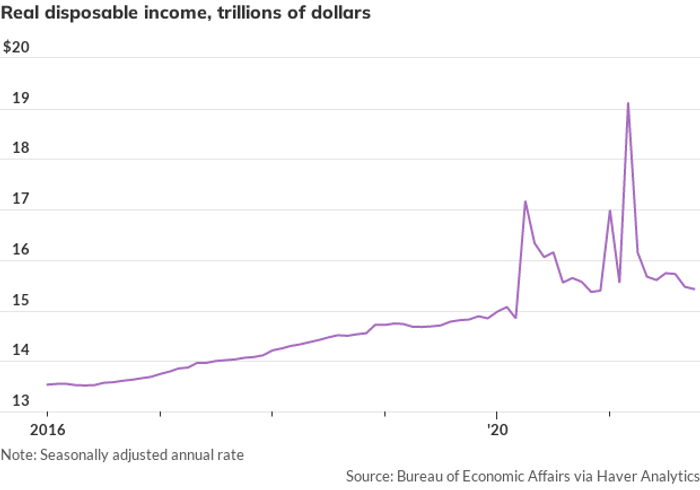 The recovery from the recession has been remarkably strong, but we can't rest until everyone who wants work can find a job that pays enough to pay the bills. Read More...
List: The Top 50 Dividend Stocks

Over the last several weeks, headlines about inflation and the U.S. supply chain have been unavoidable. While news about the costs of everyday items and the ways in which the COVID-19 crisis has snarled the supply chain are certainly newsworthy, there are two other economic indicators that are just as—if not more—important but receiving less coverage: gross domestic product (GDP) and employment.

It may be surprising to some but there is actually a lot of positive economic news on these two fronts. In fact, the U.S. economy has recovered faster than comparable countries, continues to grow at a rapid pace, and is recovering jobs lost to the pandemic much faster than anticipated.

Last year, when the pandemic hit, the United States experienced its worst economic downturn since just after the Second World War, declining by 3.4% in 2020. The unemployment rate also reached 14.8% in April 2020, the highest since the monthly employment report began in 1948. Decisive action by the Biden administration through the American Rescue Plan and its historic vaccination program has accelerated the economic recovery to the point that we have not just regained all the output lost during the pandemic recession; we have even passed our pre-pandemic levels, meaning the economy is now larger than it was at the end of 2019.

The U.S. is doing better

The U.S. recovery is all the more extraordinary because it is so unusual: the U.S. is the only leading advanced economy to have exceeded its pre-pandemic levels, according to the Organization for Economic Co-Operation and Development. In fact, data from the most recent quarter shows that our real GDP—which is GDP adjusted for inflation—is around 13% larger than the end of the COVID-19 recession.

There is more good news in the labor market. The unemployment rate—which reflects those not working but available and actively looking for work—has declined quickly, and much faster than predicted. Last month, the unemployment rate fell to 4.6% two years ahead of what the Congressional Budget Office had forecast. Unemployment insurance claims continue to improve, with the four-week moving average at the lowest level since the early days of the pandemic. Similar to GDP, employment has also recovered much quicker than after prior recessions—employment is back to at least 97% of pre-pandemic levels, gaining back more than 80% of pandemic job losses.

But this type of accelerated economic and labor market recovery did not just happen by accident. This economic recovery is thanks in part to intentional fiscal policy—the American Rescue Plan—which ensured the mistakes of the past were not repeated.

Direct stimulus checks of up to $1,400 per person, among other policy measures, have helped to ensure that real spending is at an all time high—not just merely recovering pandemic losses but exceeding pre-pandemic levels. Child poverty has also been cut nearly in half thanks to the child tax credit payments. Since March 2021, when the American Rescue Plan was passed, 4.3 million more people have found employment. Wages and real disposable income are up, especially for low-wage workers, who are disproportionately women and people of color and who have experienced consistent wage growth since April 2021.

Despite this progress, more work is needed. While we are not out of the woods yet, the best economic policy in the short-term remains getting more people vaccinated. But we do not just want to go back to the way things were—we have to make up for decades of stagnant wages, a cost of living crisis where many households have struggled to afford basic essentials such as child care, housing, health care, among others, and gender and racial economic inequities.

The economy has not fully recovered and has yet to reach full employment—we are still down 5.5 million to 8.2 million jobs when accounting for pre-pandemic trends. Most important, a 4.6% headline unemployment rate hides the fact that many women and men of color, as well as people with disabilities, experience much higher unemployment rates. There are still too many people out of work, especially workers who face structural racism, sexism, and ableism in the labor market.

While we have learned from our past mistakes in prior recessions by ensuring GDP and headline unemployment recovers quickly, we must learn from past recoveries that we cannot leave anyone behind, notably women, people of color and those with a disability. Continued economic growth is a proven strategy to lift their wages and to ensure inclusive growth.

That is why it is crucial that the Senate pass the Build Back Better Act, which would help ensure people can go back to work and stay in jobs, while also lifting economic growth. Not passing the Build Back Better Act would put our historic recovery at risk. Despite the spate of negative economic headlines, the trajectory of the U.S. recovery has been too beneficial for workers and overall growth to withdraw support now.

More coverage of the economy

‘Don’t freak out’: Omicron is bound to disrupt supply chains. The question is, how bad will it be?