Buckingham Palace is aware the queen's image is being used — “representations asking for [the photo's] removal have been made.” Read More... 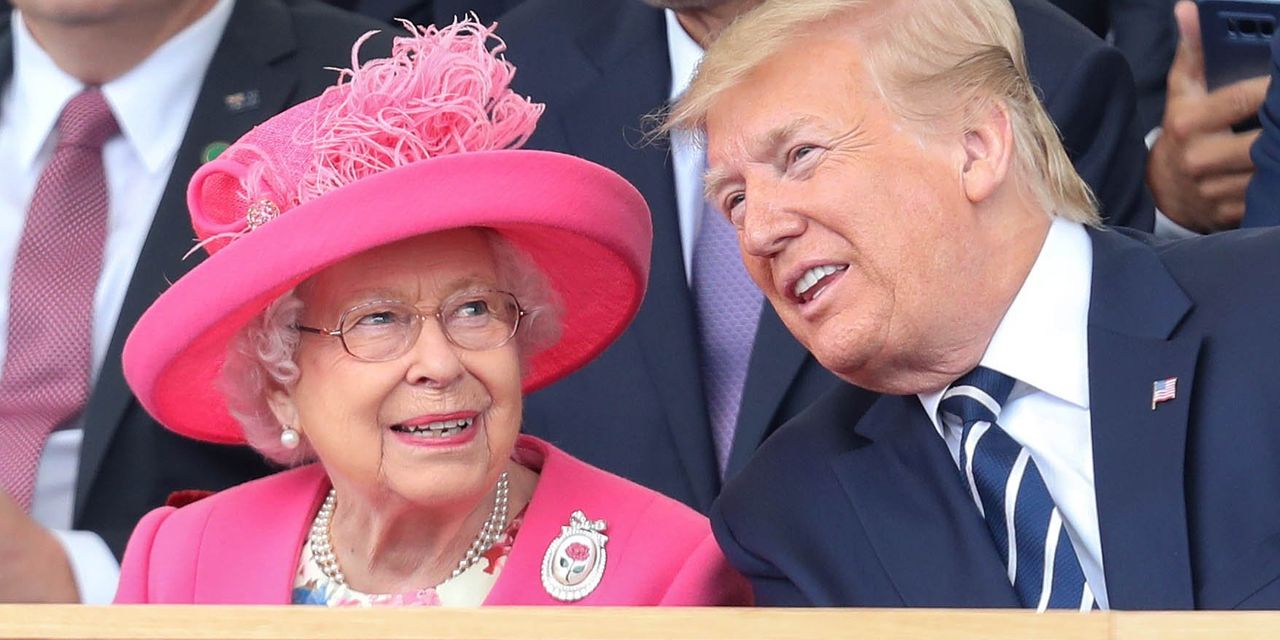 The owners of an unofficial Donald Trump tour bus featuring a modified photograph of Queen Elizabeth II wearing a “Make America Great Again” hat have been asked to remove it by Buckingham Palace, according to reports.

The bus, which has been seen at rallies held by supporters of the former U.S. president, also shows the queen wearing a QAnon conspiracy theory brooch, which has been digitally attached.

BuzzFeed News, which first reported the story, cites a palace spokesperson saying the palace was aware of the fact that the queen’s image was being used, saying “representations asking for [the photo’s] removal have been made.” Buckingham Palace has been approached for comment.

Last week the bus was seen in Florida at a rally held by Republican Reps. Matt Gaetz and Marjorie Taylor Greene, the site said.

In the U.K. the sovereign is the head of state, but legislation is made by Parliament, which is elected, and the queen never involves herself in political matters.

Buddy Hall, owner and operator of the bus, created the “Trump Train” as an “unofficial tour bus to support President Trump’s [2020] re-election,” according to the bus’ Facebook page.

It is unclear whether the image of the queen has now been removed. Hall told BuzzFeed News that the image had been removed, as well as “I’m taking it off anyways.” Hall was contacted for comment.

Exclusive: Facebook to give data on hate speech suspects to French courts – minister

Buy the Dip Candidates in the Stock Market: Salesforce

Market Extra: How the coronavirus-stricken stock market is being rocked by volatility, a lack of liquidity