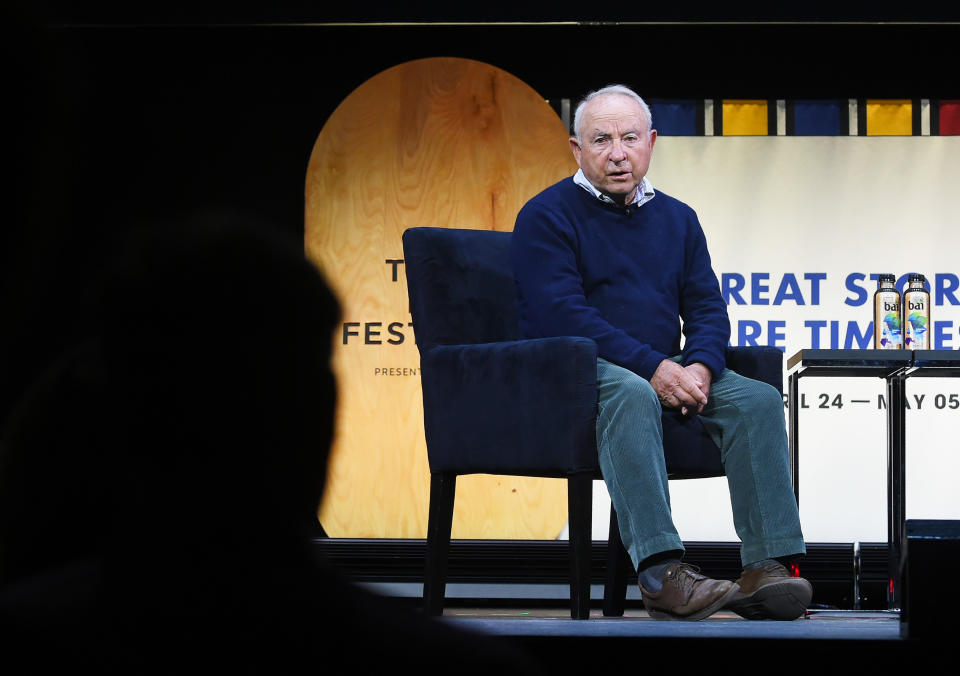 Salesforce Chair and Co-CEO Marc Benioff — long seen as one of the most philanthropic executives in corporate America — offered a hat tip to Patagonia founder Yvon Chouinard.

Chouinard stunned many this month by saying he will essentially give away his company, valued at about $3 billion some half-century after its founding, to fight climate change.

“I think that it’s very inspiring and incredible what he has done,” Benioff told Yahoo Finance Live at Salesforce’s Dreamforce conference in San Francisco (video above).

The billionaire, his wife, and their two adult children have transferred their ownership of Patagonia to a specially created trust and nonprofit, the New York Times reported. The business’s annual profits, estimated at around $100 million, will go toward addressing climate change and protecting undeveloped land around the globe.

Chouinard “led with his values through the entire lifetime of the company,” Benioff added. “And he is setting a high mark for what is possible for entrepreneurs. I think entrepreneurs in the future will look to Patagonia as the way to do it.”

Benioff, who was among the first billionaires to sign the Giving Pledge, continued his own philanthropic efforts this week at the Dreamforce conference.

Salesforce announced $25 million in new grants to support school districts and education nonprofits across the U.S. This year marks the tenth anniversary of Salesforce’s commitment to improving education, and the company’s total donations to public schools now tally $165 million.

Meanwhile, Benioff and his wife, Lynne, made a gift of $60 million to UC Santa Barbara this week. The gift aligns with the couple’s efforts to fight climate change as UC Santa Barbara is seen as one of the world’s best marine research centers.

Benioff also said that Chouinard’s decision to donate Patagonia has pushed him to consider what else could be possible on the charitable front.

“It’s honestly just very inspiring to me — that there’s many people out there who believe that business is the greatest platform for change and that they can use their businesses to improve the state of the world,” Benioff said.