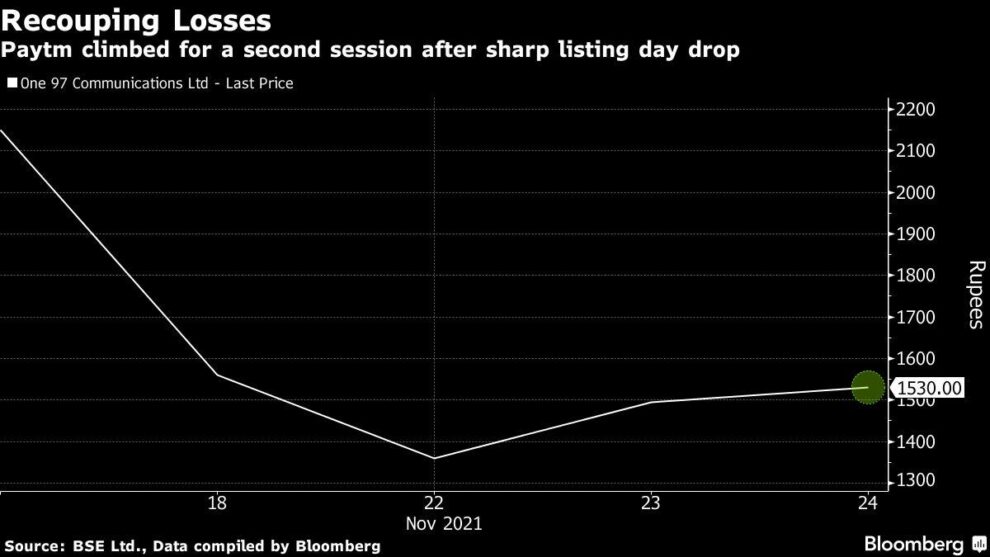 (Bloomberg) -- Shares of India’s Paytm rose for a second day on Wednesday, easing a selloff that wiped out about a third of the digital payments startup’s value in its first two trading sessions.Most Read from BloombergAsia’s Richest Man Looks to Walton Family Playbook on SuccessionThe 24-Year-Old Aiming to Dethrone Victoria’s SecretBillionaire Family Feud Puts a Century-Old Business Empire in JeopardyThe Winners and Losers From a Year of Ranking Covid ResilienceNew York City Is Building a Wall Read More... 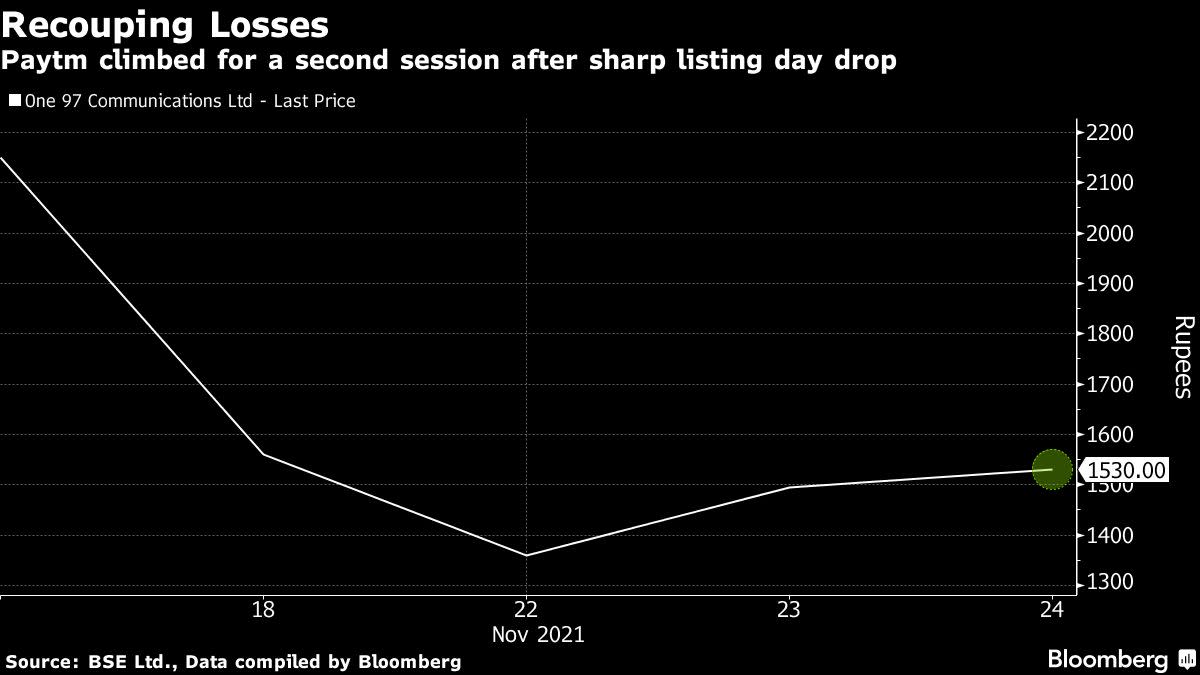 (Bloomberg) — Shares of India’s Paytm rose for a second day on Wednesday, easing a selloff that wiped out about a third of the digital payments startup’s value in its first two trading sessions.

The payments firm climbed as much as 10.3% on Wednesday, but is still down more than 20% from its offer price. Paytm’s parent company, One 97 Communications Ltd., raised $2.5 billion in India’s biggest-ever IPO that had global institutions such as BlackRock Inc. and Canada Pension Plan Investment Board as cornerstone investors. Shares sank 27% last Thursday, marking one of the worst debuts by a major technology company globally.

Sentiment in the secondary market is turning around after the benchmark S&P BSE Sensex lost 5% from its record touched in October. It was up as much as 0.4% on Wednesday.

Paytm Surges 13% in Second Session of Gains on ‘Value Buying’
The Big Move: I was mistakenly added to the deed on my father-in-law’s house. What are the consequences for my family?
Comment

‘Wrong!’ Trump and Fauci clash over the resurgence of COVID-19 cases, U.S. economy — and hydroxychloroquine

NewsWatch: The antitrust suspects: Facebook and Apple appear to be most at risk