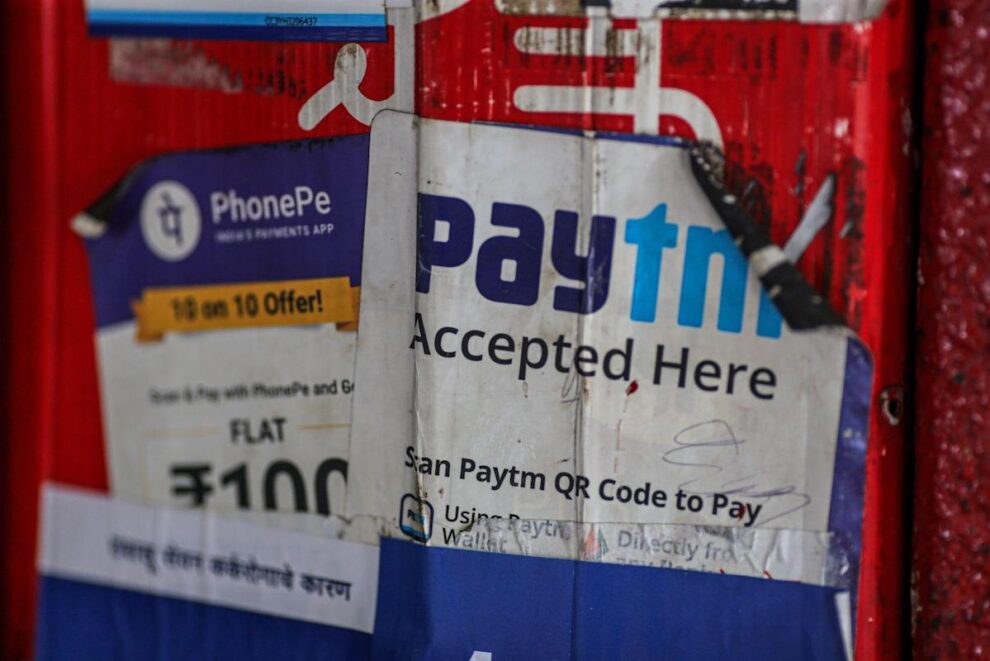 (Bloomberg) -- Shares of India’s Paytm climbed for a second day on Wednesday, easing a selloff that wiped out about a third of the digital payments startup’s value in its first two trading sessions.Most Read from BloombergAsia’s Richest Man Looks to Walton Family Playbook on SuccessionBillionaire Family Feud Puts a Century-Old Business Empire in JeopardyThe 24-Year-Old Aiming to Dethrone Victoria’s SecretThe Winners and Losers From a Year of Ranking Covid ResilienceNew York City Is Building a Wa Read More...

(Bloomberg) — Shares of India’s Paytm climbed for a second day on Wednesday, easing a selloff that wiped out about a third of the digital payments startup’s value in its first two trading sessions.

The payments firm advanced as much as 12.7% on Wednesday, but is still down more than 20% from its offer price. Paytm’s parent company, One 97 Communications Ltd., raised $2.5 billion in India’s biggest-ever IPO that had global institutions such as BlackRock Inc. and Canada Pension Plan Investment Board as cornerstone investors. Shares sank 27% last Thursday, marking one of the worst debuts by a major technology company globally.

“This is value buying,” said Gaurav Garg, head of research at Indore-based CapitalVia Global Research Ltd. “Investors who are confident about the long-term prospects of the company can look at accumulating the stock.” Garg said the stock may stabilize between 1,600 rupees and 1,800 rupees in the short term.

Sentiment in the secondary market is turning around after the benchmark S&P BSE Sensex lost 5% from its record touched in October. It was up as much as 0.4% on Wednesday.

Amazon Is Doubling Down on Travel, Just Not in the Way You Think

Key Words: Stock market at ‘risk of a melt-up, not a meltdown’, warns BlackRock’s Larry Fink

The Tell: Americans are anxious, and that’s bad news for both Trump and the stock market