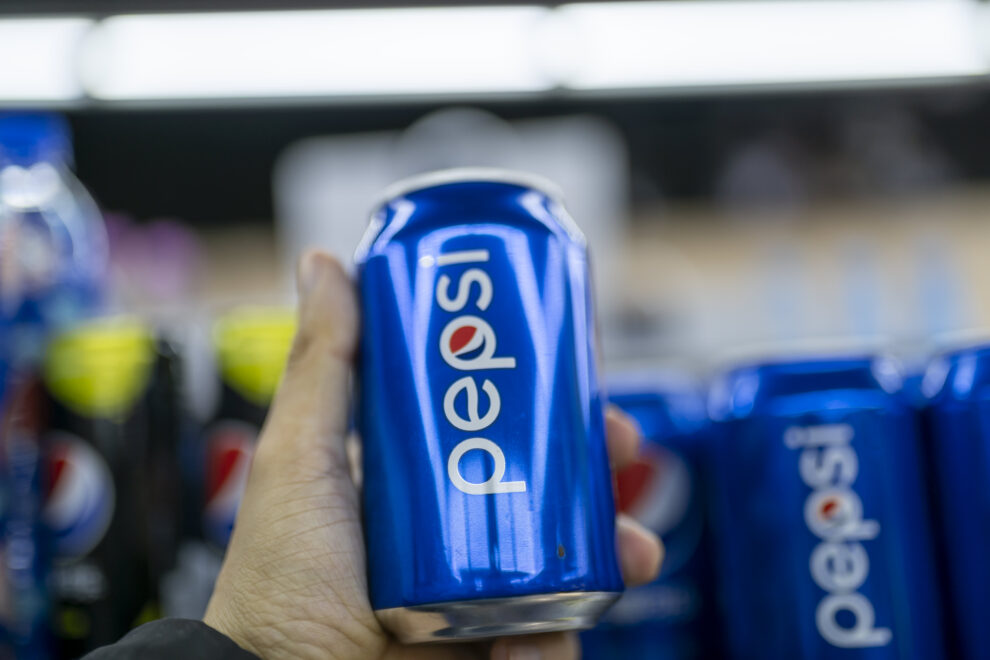 PepsiCo raised its revenue outlook for the year as consumers snacked on more Doritos chips and drank more Gatorade, even as prices increased. Read more...

A customer holds a can of Pepsi beverage at a shopping mall on March 9, 2022 in Shaoxing, Zhejiang Province of China.

PepsiCo on Tuesday raised its revenue outlook for the year, as inflation pushed up prices and people paid more for its Doritos chips and Gatorade drinks

Expecting costs to rise even higher in the second half of the year, the global food-and-drink giant said it plans to keep shrinking product sizes and deploying other ways to manage rising expenses.

“We are facing inflation like everyone else, and we think that is going to persist for a while, but we are taking enough pricing to be able to manage the inflation, and our focus is really much more on how do we drive costs out of the business,” Hugh Johnston, PepsiCo’s chief financial officer, said on CNBC’s “Squawk Box.”

Shares of the company rose less than 1% in premarket trading.

The company’s margins shrank as it faced higher freight and commodity costs during the quarter. CEO Ramon Laguarta said in prepared remarks that Pepsi is accelerating its cost management initiatives and using “mix and assortment solutions,” like smaller sizes for its variety packs. Johnston said that the company may sometimes choose to reduce the number of chips in a bag rather than hike prices.

While higher costs weighed on its profits, PepsiCo saw a larger hit from the Russia-Ukraine war. It reported a $1.17 billion charge for the quarter related to the conflict. In the wake of the Kremlin’s invasion of the neighboring country last quarter, Pepsi said it was pausing sales in Russia except for some essential items, like baby formula. The company is now trying to discontinue or reposition some of its Russian juice and dairy brands.

Excluding items, the company earned $1.86 per share. Net sales rose 5% to $20.23 billion. Organic revenue, which strips out the impact of acquisitions and divestitures, climbed 13%.

Frito-Lay North America’s organic revenue rose 14% as sales of Cheetos and Doritos grew. But volume, which excludes the impact of pricing or currency fluctuation, declined 2%. Laguarta said the division gained market share during the quarter.

Quaker Foods North America, usually the laggard of Pepsi’s portfolio, was the only domestic segment to report volume growth. Its organic revenue climbed 18%, helped by double-digit growth in rice and pasta, oatmeal and cookies. Volume rose 2%.

For 2022, Pepsi now expects organic revenue growth of 10%, up from its prior forecast of 8%. This marks the second consecutive quarter that the company hiked its revenue forecast without updating its earnings guidance. Pepsi still expects core constant currency earnings per share growth of 8%.

Laguarta said the company expects that the North American business will be resilient and most of its international markets will be strong, despite macroeconomic and geopolitical volatility.