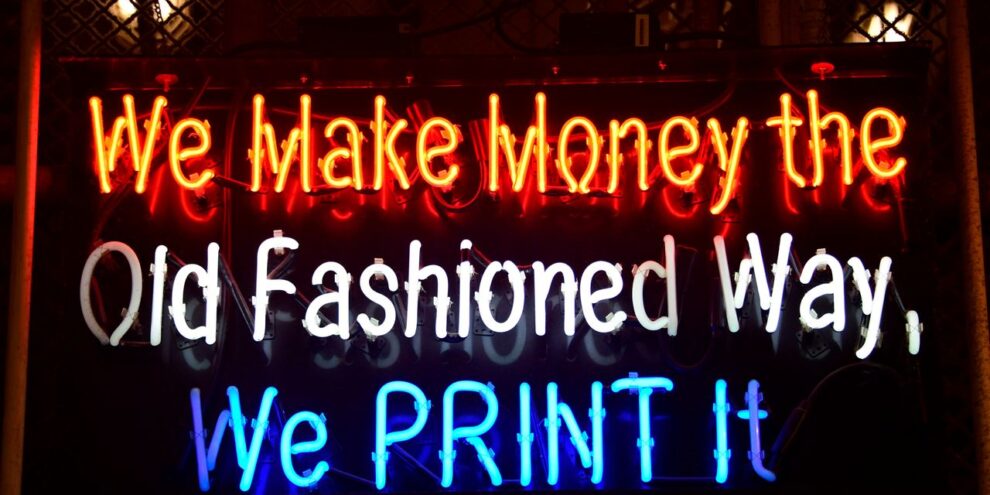 Printing more money during a supply shortage tends to set off a self-perpetuating cycle of inflation. Read More... 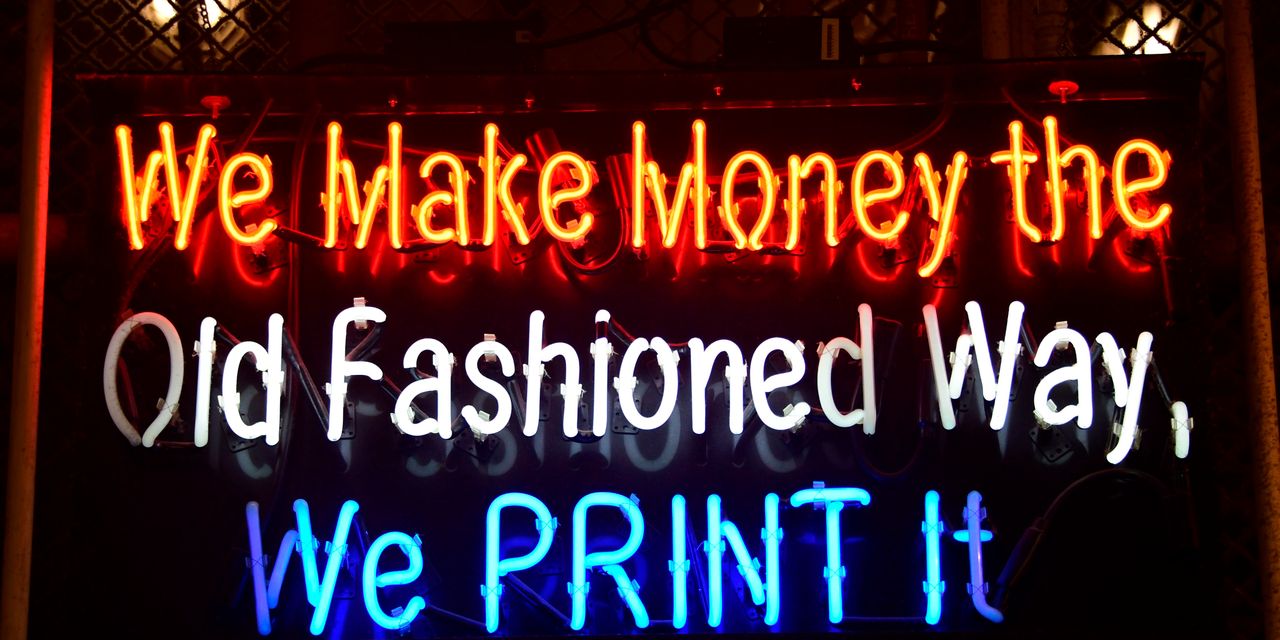 In a crisis, oversize federal deficits and printing money are necessary evils—as long as those are temporary.

In 2020, Congress and President Donald Trump borrowed to spend about $3.3 trillion to lift family incomes, boost unemployment benefits, and support businesses, but most new Treasuries were not scooped up by private investors.

The Fed printed money to buy $2.4 trillion in Treasury securities. Along with purchases of mortgage-backed, corporate and municipal securities, those purchases increased its balance sheet by $3.2 trillion.

The $900 billion stimulus package authorized in the closing days of the Trump administration, the additional $1.9 trillion proposed by Biden and his other priorities, such a multiyear infrastructure program and expanding the Affordable Care Act, will require even more debt and printing money.

Very little of the new debt or money will be backed by new productive assets or a larger economy. Real gross domestic product will not rebound to pre-pandemic levels much before early 2022. A lot of capital assets—vacant office buildings, aircraft and the like—won’t be needed again for several years and have lower intrinsic value now than before the pandemic.

Economists will tell you more money chasing a fixed amount of goods should cause more inflation but the CPI increased only 1.4% last year.

In 2020, we were hardly at risk for two reasons. We weren’t anywhere near full employment, and workers and businesses often were reluctant to demand substantially higher wages and prices. And much of the Fed’s newly printed money wasn’t getting into circulation in markets for real goods and services.

If they were not among the unemployed or idled by COVID, consumers used much of their stimulus payments to shore up savings and pay down debt. Households have long planning horizons and like to spread out spending of income windfalls over many months.

Businesses pulled back on investment as shutdowns curbed sales and those that experienced surges were uncertain about the shape and size of post-pandemic demand.

Crises like wars and nationwide natural disasters tend to disrupt entrenched household and business habits to accelerate the adoption of new technologies, products and ways of doing things—in this case, work from home, ghost kitchens, Pelotons, streaming services and the like. But by how much remains to be seen.

Assets such as shopping malls and downtown offices will be repurposed, and considerable sums will flow into the new green economy. Electric vehicles will require factories that churn out internal combustion engines be replaced by those that make electric motors and batteries. Armies of coders will replace many auto assembly workers, and Tesla TSLA, -0.77% could displace Ford F, +1.31% or Chrysler FCA, -2.44%.

Construction and manufacturing elsewhere face acute shortages of workers, chips and microprocessors, and prices for those and basic raw materials, such as aluminum, iron ore, cooper and cotton are rising.

Fed Chairman Jerome Powell believes those will cause only a temporary jolt to inflation but the lessons from the oil crises of the 1970s indicates supply shortages tend to set off self-perpetuating cycles of inflation, as pricing pressures spread through labor and goods markets generally.

Paul Volcker, who took the helm at the Fed in 1979, tamed inflation by jacking up interest and unemployment rates. The sum of the inflation rate and the unemployment rate became Ronald Reagan’s misery index and cost Jimmy Carter a second term.

Now it could become just as bad.

During the pandemic troubled municipalities and corporations with already low credit ratings feasted on cheap debt to keep going.

If the Fed pulls back its stimulative policies as the economy accelerates later this year, poorly managed cities may find no takers for their bonds at any interest rates they can afford. And investors may conclude that Ford’s F-150 or the Chrysler Ram franchise should be sold and one of their parent companies dismembered—akin to Craftsmen tools and Sears.

The Fed has indicated that it will tolerate inflation above 2% to push unemployment down to an acceptable level, but political pressures may mount on Biden to curb inflation and Powell’s term is up in February 2022.