The Fed shouldn't allow the White House or financial markets to bully it into continuing easy-money policies that could lead to a steep recession or stagflation. Read More... 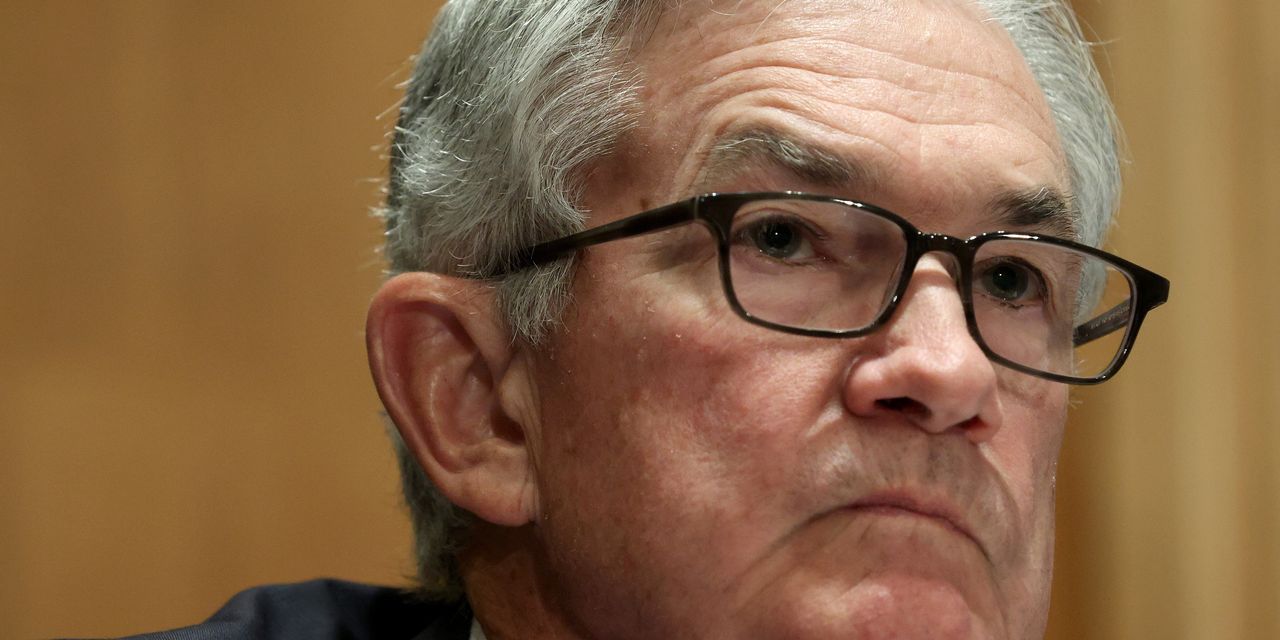 The Federal Reserve should move quickly to taper purchases of Treasury and mortgage-backed securities, or it risks losing its independence from the whims of politicians and financial markets.

In August 2020, the Fed announced that it would give priority to “maximum employment” and no longer act pre-emptively to stem inflation. It would accept a period of inflation greater than 2% to compensate for undershooting that target in the 2010s, but the Fed has been vague about how much overshooting is tolerable.

Since April, the annualized pace of month-over-month CPI inflation has been 8.7%. That should not be attributed merely to a rebound in pandemic depressed prices for airplane tickets, rental and used cars, hotel rooms and the like. Supply-chain problems—such as those for computer chips, severe shortages of workers in manufacturing and transportation, climate-change impacts on agricultural productivity, problems in global transportation, and the costs of shifting to carbon-free technologies—will persist.

The Fed’s policy change is anchored in the view that it tightened too quickly in the past and denied workers the opportunity to enjoy a sellers’ labor market and bargain for higher pay.

The Fed raised interest rates from June 2004 to June 2006 and from December 2015 to December 2018. During both episodes, the unemployment rate continued to fall.

By June 2019, unemployment reached 3.6% but Powell let President Donald Trump bully him into stopping the tightening process. Now economists at the Biden White House have a preference for accommodative policies, and Powell is up for reappointment.

If he leans against growing sentiment among members of the Federal Open Market Committee to announce a plan to taper by the end of the year, the appearance of pressure from West Wing economists and their supporters will be salient.

In 2013, Chairman Ben Bernanke raised the idea of scaling back the Fed’s holdings of mortgage-backed securities. The 10-year Treasury rate TMUBMUSD10Y, 1.355% jumped, a stock-market rout was feared, and Bernanke proceeded to add more than another $1 trillion to the Fed balance sheet, not the reverse.

Monetary policy is supposed to work by the Fed regulating interest rates through the bond market but as the “taper tantrum” illustrated, financial-market reactions can strongly influence what the Fed does.

Opinions run in both directions as to whether the Fed’s easy-money policies exacerbate wealth inequality by boosting equity and home prices or reduce it. One thing is clear, stock SPX, -0.34% and housing markets have thrived at higher rates than the present Treasury yield of less than 1.5%.

Rock-bottom mortgage rates may be creating a bubble in housing markets but do little to increase the supplies of scarce building lots, materials and skilled tradesmen and boost the pace of new home construction.

Pulling back on those purchases of mortgage-backed securities would raise mortgage rates and limit bidding wars for new homes, but reducing excess demand would have more constraining impact on housing prices than new home construction and employment.

Waiting too long to tighten monetary policy, the Fed is distorting capital markets—in particular, corporate junk bonds are being sold at terribly low rates. Bankruptcies that should have occurred have become zombie enterprises. Similarly, some of the spectacular valuations of IPOs would not be possible if the Fed were not pumping so much liquidity into capital markets.

With its permissive policies, when inflation forces the Fed to tighten, the cycles of rising wages and prices will be entrenched and difficult to break. Higher interest rates will unleash a greater wave of corporate bankruptcies and layoffs, and the pullback in home prices will put recent buyers underwater on their mortgages.

The Fed would face a choice between a tough, deep recession and stagflation—somewhat elevated unemployment and inflation at 3% to 5%, perhaps higher.

The longer Powell waits, the worse it will be for him, congressional Democrats and President Joe Biden.

That might cost him his job, but I won’t want his legacy if he caves to political or market pressures to keep buying bonds indefinitely.

The U.S. needs to rejoin the TPP to meet the China challenge

Does hard work still pay off in America?

This Fintech Just Took a Big Step Toward Dominating its Industry
5 Stock Ideas From an Investor Who Predicted Tesla Would Rise to $1,000
Comment

The Moneyist: Mother’s Day dilemma: My wife drinks too much, has never bathed our 7-year-old son and now wants a divorce