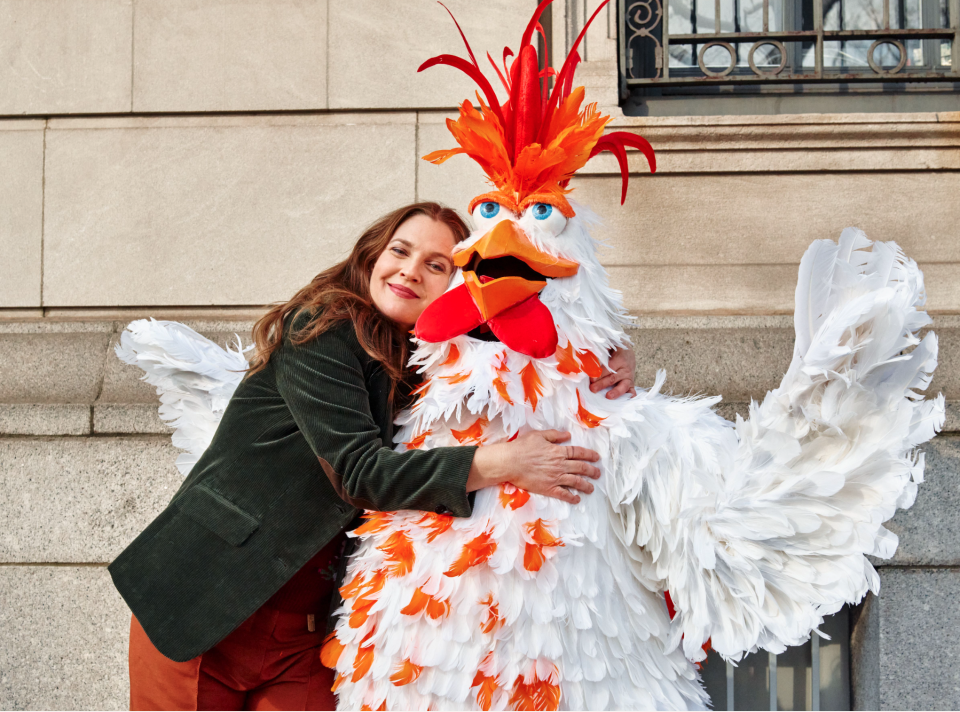 Drew Barrymore said she partnered with Quorn to make plant-based chicken more accessible and affordable to all. Read More...

As the new “Chief Mom Officer” for the meat-free food company Quorn, Drew Barrymore wants plant-based foods to be easy to find and affordable for all.

“I want accessibility and affordability — do not make this niche, don’t make it expensive, and don’t make it hard to find,” Barrymore told Yahoo Finance.

The actor and talk-show host says she is a flexitarian, only eating meat “very rarely,” and has been completely chicken-free for almost 14 years. The turning point for her, she said, was reading Eating Animals by Jonathan Safran Foer. From that point on, she swore she would never eat a piece of chicken again, though she admits it was rather difficult to take it “off the menu.”

Barrymore said the “answer” to this problem was Quorn. Its products, which include meatless nuggets, ChiQin cutlets, and ChiQin wings, are made from mycoprotein, a protein-rich, sustainable food source. To make it, the company takes a natural, nutritious fungus from the soil (Fusarium venenatum), then uses the age-old process of fermentation to create the base of its products.

Judd Zusel, Quorn USA president, said the company’s mission is “to attract new people into the [meat-free] category that are currently not plant based today, you know, and that’s the real goal for us.”

“It’s really the early days in the meat-free game. And right now, meat free products are only about 1% of total meat,” Zusel explained.

However the market is growing — and quickly. According to a report from Grand View Research, the global meat substitute market size is expected to reach USD 234.7 billion by 2030. The market is expected to expand at a CAGR of 42.1% from 2022 to 2030.

Despite major headwinds like inflation and supply-chain strains, Zusel said the company strives to “keep it affordable.” Suggested retail prices for its products range from $4.49 to $4.99, which “can feed a family with two or three kids,” Zusel added.

Accessibility is key for Barrymore. “I just want it to be easy and findable and affordable. Families cannot be expected to go to a farm stand and cook a full meal all of the time. These aspirations are not true to life. You have to find people where they are and find out what they need — and be gracious and thoughtful about it,” she said.

Quorn products are available in the U.S. in the frozen food sections at Kroger (KR), Whole Foods (AMZN) and recently launched in Costco (COST) in the San Francisco Bay Area and the state of Texas.

Brooke DiPalma is a producer and reporter for Yahoo Finance. Follow her on Twitter at @BrookeDiPalma or email her at [email protected]