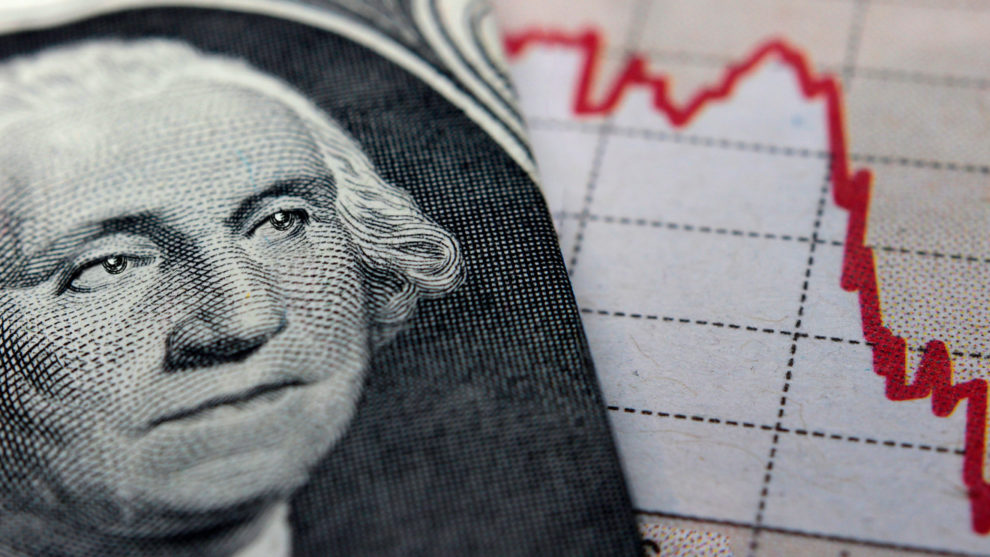 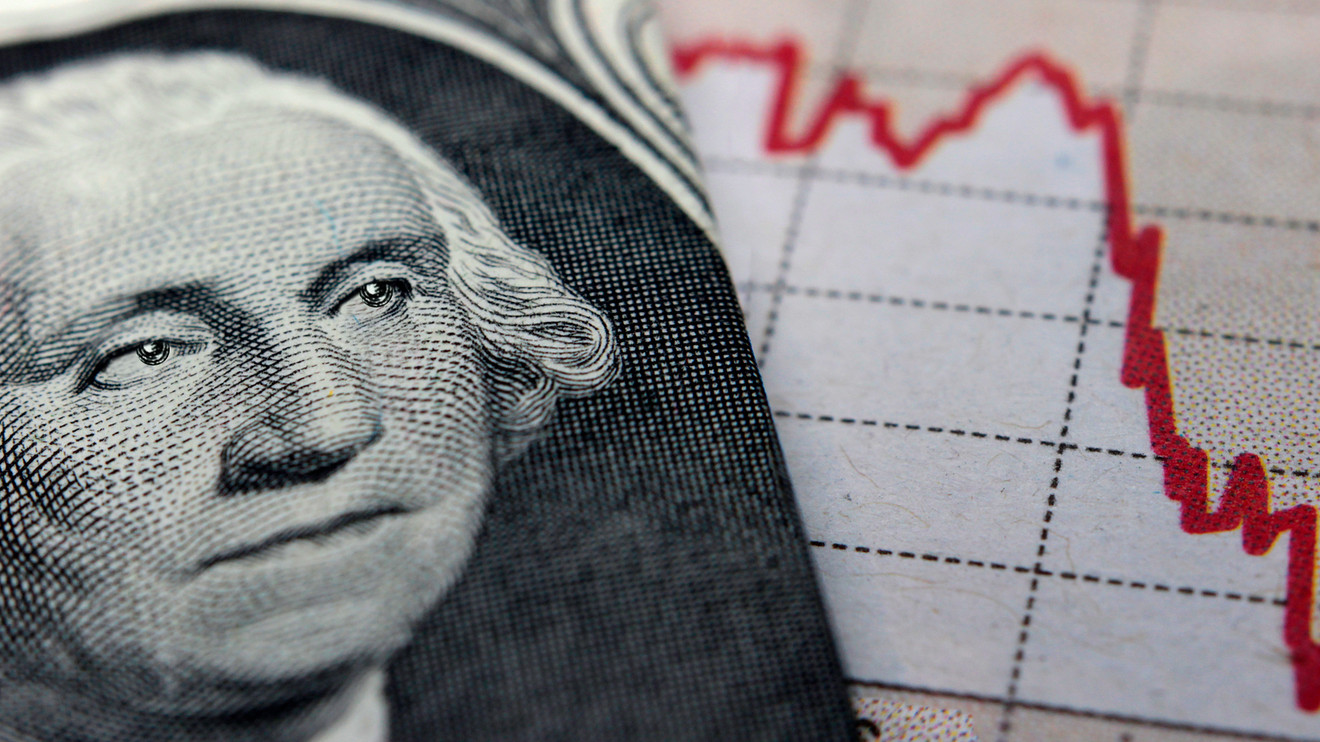 In the U.S., the 30-year fixed-rate mortgage averages 3.56%. However, the Federal Reserve is expected to cut its benchmark interest rate one or two more times this year.

Meanwhile, President Trump has called on the central bank to bring rates down to zero or into negative territory. “The Federal Reserve should get our interest rates down to ZERO, or less, and we should then start to refinance our debt,” Trump tweeted TWTR, -1.32%  Wednesday.

The Federal Reserve should get our interest rates down to ZERO, or less, and we should then start to refinance our debt. INTEREST COST COULD BE BROUGHT WAY DOWN, while at the same time substantially lengthening the term. We have the great currency, power, and balance sheet…..

There is some precedent for what happens when interest rates reach zero and below, most recently in Denmark. Denmark’s Jyske Bank JYSKY, -3.82%, is now offering a 10-year fixed-rate mortgage at negative 0.5%.

Lenders would likely restrict access to the most creditworthy borrowers, excluding those with poorer credit scores.

Additionally, Finland-based Nordea Bank announced Wednesday that it will offer a 20-year fixed-rate mortgage in Denmark that charges no interest, and the bank is preparing for the possibility of home loans up to 30 years in duration having negative rates. Currently, the rates on 30-year fixed mortgages average just 0.5% in Denmark.

When a mortgage rate is negative, a borrower still must make monthly payments toward their principal, but they ultimately pay back less than they originally borrowed. They would, of course, still have to pay other costs and fees.

At the same time, other long-term rates now stand at or below 0% across the world. Thirty-year German bond yields TMBMKDE-10Y, +14.04% have dropped deep into negative territory, and central banks in Europe and Japan have toyed with 0% or negative rates for years now.

Also see: Trade war is a distracting symptom of a deeper malaise in global economy

What would happen if interest rates turned negative in the U.S.

It would become harder — or, at least, expensive — to save money. Banks would be charging negative rates on deposits, meaning that consumers would be paying the bank for opportunity to squirrel away money.

Bank customers could turn to more risky methods of stashing money, Hale said, such as holding onto actual cash or putting it into riskier investments. This could also have ripple effects across people’s financial lives. “This might put some pressure on home buyers to shorten their home searches, to avoid having down-payment money eroded by negative rates,” Hale said. “It could also make it more difficult to save up for a down payment.”

Faced with greater risk, banks could become more selective in whom they will give a mortgage to.

In Denmark, the ultra-low interest rate environment has in turn caused home prices to increase as borrowers could afford pricier homes. “Prices in the bigger cities Copenhagen and Århus have been boosted,” said Helge J. Pedersen, group chief economist at Nordea. The Danish Financial Supervisory Authority has consequently taken measures to counter this effect and prevent a housing bubble from forming, Pedersen said.

A boom in refinances would also likely occur, as has happened in the U.S. every time mortgage rates have dropped to record lows, Fratantoni said.

But while a negative-rate mortgage offers a major opportunity for savings, borrowers could have trouble accessing it. Given the risk this would present to lenders, they may restrict access to only the most creditworthy borrowers, excluding those with poorer credit scores. Sources of liquidity could also dry up for lenders, meaning they’d have less money to offer borrowers.

“It would take a lot of big changes for the U.S. to have negative interest rates,” said Kate Warne, investment strategist and principal at Edward Jones.

While inflation is falling short of the Federal Reserve’s target, it is still in the ballpark of 2%. Moreover, the U.S. economy is expanding, making negative rates all the more unlikely.

Places like Europe and Japan have another economic hurdle that’s made negative rates possible: Their populations are aging, which means their labor force is shrinking.

‘I don’t expect any negative in rates in the US any time soon, but even if or when we do…it will probably take a few years before we see the possibility of negative mortgage rates.’

The Federal Reserve did opt to cut short-term rates last week, but yields on U.S. Treasuries and U.S. bonds nevertheless remain much higher in the U.S. versus those overseas. The yield on 10-year Treasury note TMUBMUSD10Y, +7.06% currently stands around 1.7%, making up for a lot of ground that would need to be lost before it reached 0%, let alone negative territory.

And even then, Americans wouldn’t feel the full effect, not at first. Denmark’s central bank lowered its policy rate to 0% in mid-2012. While certificates of deposit began carrying negative yields shortly thereafter, it’s taken around 7 years for those rates to crop up in the mortgage market, said Danielle Hale, chief economist at Realtor.com.

“I don’t expect any negative in rates in the U.S. any time soon, but even if or when we do see them pop up in the Fed funds rate or other bank rates, it will probably take a few years before we see the possibility of negative mortgage rates,” Hale said.

(Realtor.com is operated by News Corp NWSA, +0.90%  subsidiary Move Inc., and MarketWatch is a unit of Dow Jones, which is also a subsidiary of News Corp.)

Policymakers in the U.S. are unlikely to allow rates to go negative. The experiment with negative rates has not produced the expected results in other countries, Warne said, largely due to the adverse effect they’ve had on consumer confidence.

“They’ve had a dampening effect on economic growth,” Warne said. “You worry more about what negative interest rates mean for the economy and your future rather than focusing on the very good deal on the mortgage.”

Why some restaurants are turning up their noses at Beyond Meat

Why NVIDIA Stock Jumped 7% on Monday