Amazon’s big day is landing just as shoppers pull back from the web and other big merchants are looking to clear goods. Read More... 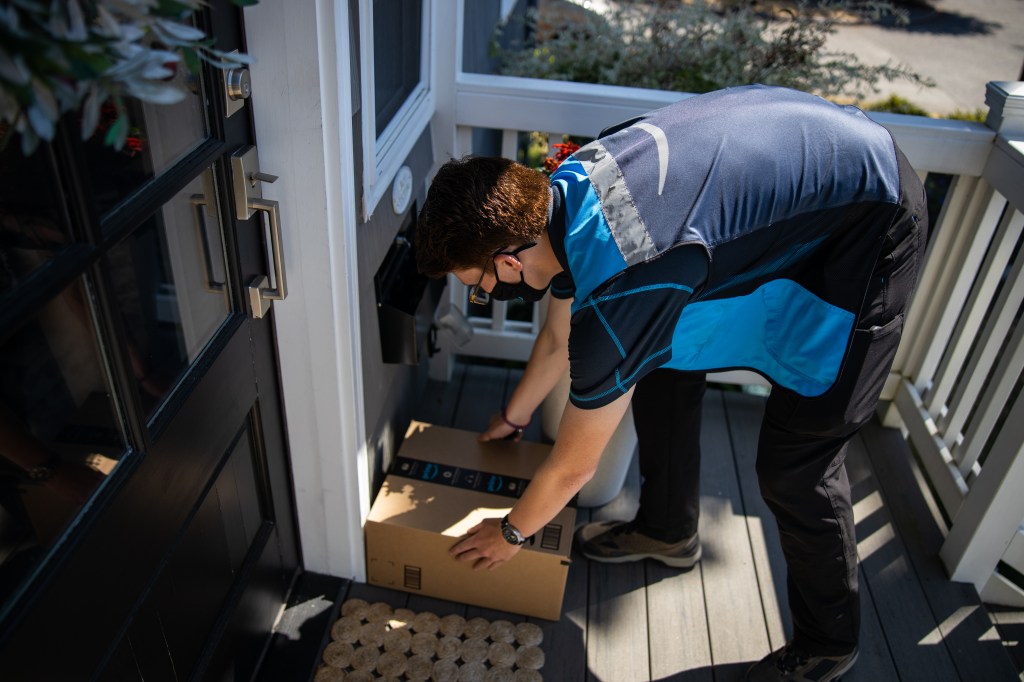 Amazon’s big summer shopping event — the two-day Prime Day — launched on Tuesday into the maw of an uncertain e-commerce market.

Shoppers are not only returning to stores after an online pandemic binge, they are becoming more attuned to the economy, with inflation at 40-year highs and fears of recession looming.

And while Amazon is still the hands-down online winner and is expected to boost sales with the event, Prime Day is also facing competition as other retailers get in on the action with their own events, including retailers like Target Corp., which are also looking to move excess goods.

The result could be a last big blowout — or more of an online muddle.

According to the Commerce Department’s tally, e-commerce sales have grown slower than total sales for the past year. In the first quarter, online sales rose just 6.6 percent while overall sales bounced back 10.9 percent from a year earlier. The web accounted for a total of 14.3 percent of all retail sales in the first quarter, down from 14.9 percent a year ago.

“A sizable section of Americans have pulled back their online shopping within the last six months, spelling one of the first lulls in e-commerce since the pandemic boom,” said Jeremy King, chief executive officer and founder of consumer research platform Attest. “The outlook for the rest of 2022 sees an expectation from most consumers that they will either maintain or increase their spending but with weaker purchasing power due to inflation.”

Attest found that increases in the cost of living had nearly 25 percent of Americans pulling back on their online spending sprees this year. And looking forward, the company’s research showed that 20 percent of people expect their spending will decrease over the next six months, while 30 percent think it will increase.

But the 50 percent of consumers who see their spending holding steady could also run out of steam with gas prices averaging $4.66 a gallon, according to AAA, and general inflation hitting many households hard.

“Price trumps all other factors with American consumers admitting it is the most important factor in their purchasing decisions (with quality far behind in second place),” Attest said.

Amazon certainly seems to have gotten that message.

The web giant touted Prime Day as including “millions of deals worldwide” with price cuts of up to “79 percent off across categories, including electronics, devices, toys, beauty, fashion, and home, from top national brands and small businesses.”

In fashion, the event offers savings of up to 40 percent on select Levi’s looks and up to 30 percent on styles from Amazon Essentials, Champion, Ray-Ban and Oakley.

Big sales usually do drum up consumer interest, but such discounts are also more emblematic of a style of retail that many brands are trying to get away from, emphasizing brand over price.

“Prime Day is itself kind of a race to the bottom,” said John Nash, chief strategy and marketing officer of Redpoint Global, which helps brands build relationships with their customers. “They’re basically giving discounts, getting very low to no margins on them. It’s not a sustainable business model.”

Nash said retailers and brands would be better served by instead focusing on getting closer to their shoppers and building relationships online and in stores.

“If you want to distinguish yourself, it’s not going to be on price,” he said.

The pricing game will be won by the giants that can afford it, such as Walmart and Target and Amazon.