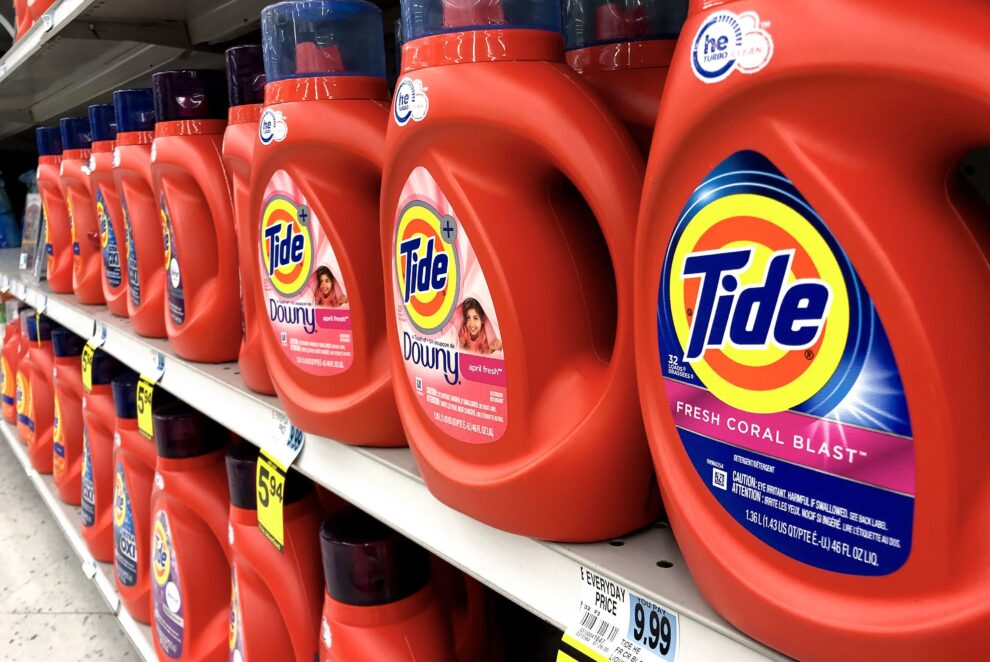 The consumer goods giant reported a quarter riddled with economic challenges. Elevated commodity and freight costs dented the company’s margins, but higher prices and productivity savings helped counteract some of the drag on profits.

“If we look at the current situation in the markets — the imbalance between supply and demand, geopolitical disruption, the need to disrupt supply chains, higher energy costs due to the war between Ukraine and Russia — all of those will continue to put pressure on the cost side,” CFO Andre Schulten said on a call with journalists.

Despite raising its fiscal 2022 revenue growth outlook, P&G said it expects its core earnings per share for the year to be on the lower end of its prior range.

Shares of the company rose roughly 1% in premarket trading.

Excluding items, the company earned $1.33 per share, topping the $1.29 per share expected by analysts surveyed by Refinitiv.

Net sales rose 7% to $19.38 billion, beating expectations of $18.73 billion. The company’s organic revenue climbed 10% in the quarter, although volume, which strips out the impact of currency and price changes, was up just 3%.

“So far our volume assumptions that we made going into the year were more conservative than what we’re seeing in the market, playing out,” Schulten said. “As we’ve taken pricing across the year, so far we see price elasticities — the consumer reaction relative to the increase we’re taking — to be about 20% to 30% more favorable than we would’ve assumed, based on historical data.”

Health care was the top-performing division for the company this quarter, with 16% organic sales growth, helped by a stronger cold and flu season and new sleep and digestive products. The segment includes Vicks and ZzzQuil cold medicine, Oral-B toothbrushes and Crest toothpaste.

P&G’s fabric and home care and its baby, feminine and family care divisions both reported organic sales growth of 10%. Fabric care, which includes Tide detergent, saw double-digit organic sales growth as the company raised prices and offered more premium products. The baby and feminine care segments got a boost from higher prices as well, in addition to market growth.

Its beauty division saw the weakest organic sales growth, reporting an increase of just 3%. The segment, which includes brands like Pantene and SK-II, was also the only one to report falling volume for the quarter. The company said hair care sales were hurt by pandemic-related slowdowns in volume.

P&G reiterated its core earnings per share forecast for fiscal year 2022 but said it’s expecting the lower end of its predicted range of 3% to 6% growth, citing inflation and currency headwinds.

It’s predicting a $2.5 billion hit from higher commodity costs, $400 million from increased freight costs and $300 million from foreign currency headwinds. It marks the third consecutive quarter that the company has raised its full-year inflation forecast.