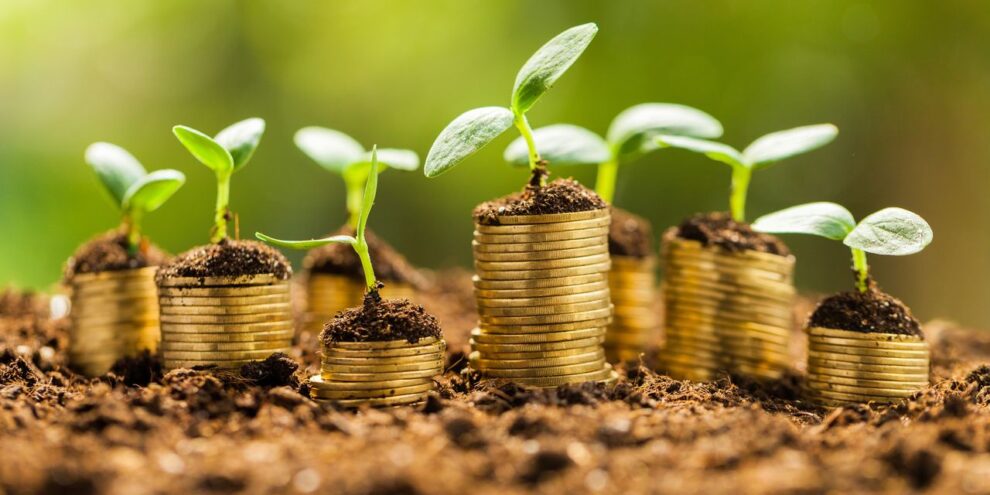 Corporations all over the world will be held accountable for disclosing their climate risks for the first time. Read More... 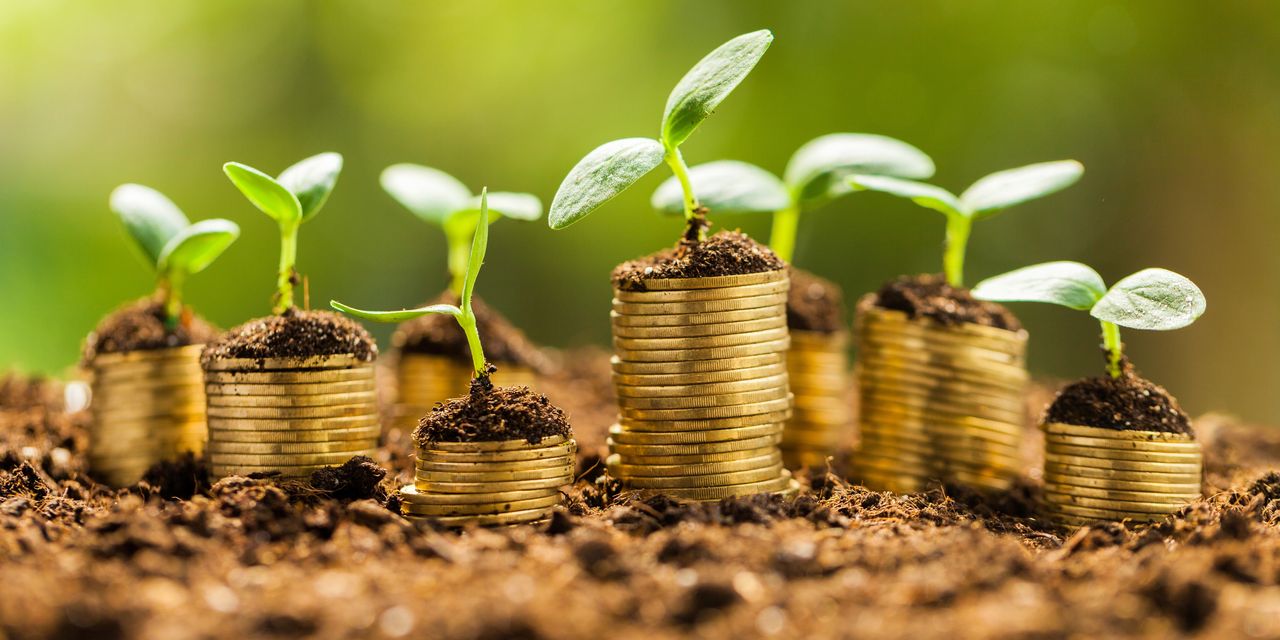 LONDON (Project Syndicate)— This year’s United Nations Climate Change Conference (COP26) in Glasgow has brought a marked shift in focus from the responsibilities of governments to the power of the private sector. If national governments cannot find a way to reconcile their interests and commit to collective action, can the private sector pick up the slack?

This is not merely a question of how much difference individual or coordinated emissions reductions by firms would make, though the answer is probably significant. Rather, it is a question about the potential of the market. Can it be harnessed to deliver the crucial public good of rapid and large-scale emissions reductions?

“Whether the market system can be harnessed to deliver the crucial public good of rapid and large-scale emissions reduction remains to be seen. But the creation of a new accounting-standards board focused on climate-related disclosure certainly improves the odds.”

Lack of financial capital is unlikely to be a problem. Mark Carney, the U.N. Special Envoy for Climate Action and Finance, made a splash at the meeting by announcing a commitment of $130 trillion toward the goal of reaching net-zero greenhouse-gas emissions. This eye-watering sum is to be made available by the Glasgow Financial Alliance for Net Zero (GFANZ), a coalition led by Carney that includes some 450 financial institutions accounting for 40% of the world’s assets.

But this financial commitment raises its own set of questions. Most obvious, how will the money be spent? Will efforts adequately and fairly reflect the interests of the global population—consumers, workers, savers, and investors alike?

In considering these questions, we should take note of another, possibly even more significant development at COP26. Erkki Likannen, chair of the Trustees of the International Financial Reporting Standards (IFRS) Foundation, announced the formation of the International Sustainability Standards Board (ISSB), which will focus, first and foremost, on climate-related disclosure.

This is a big step forward because, as Peter Drucker famously said, “What gets measured gets managed.”

“These climate and climate-policy-related variables represent major risks, but without consistent, comprehensive reporting, those risks cannot be measured, much less mitigated.”

Already, the IFRS Foundation issues financial accounting standards that more than 140 countries require. These standards, which form the basis for countries’ domestic reporting rules, have over the years become the lingua franca of global capital markets. The reason is simple: clear standards ensure that information is transparent, comparable, and thus useful for analysts, auditors, investors, lenders, regulators, and company managers.

The discipline of mobile capital

In this sense, the evolution of common reporting standards has been vital to the globalization of capital markets—a trend that has left a growing share of the world’s commercial enterprises subject to the discipline imposed by freely moving private capital. And yet, that discipline currently does not extend to climate-related factors.

Companies are both perpetrators and victims of environmental degradation. They will be affected by the consequences of climate change, such as increasingly frequent and severe extreme weather events, and by government action to reduce emissions and protect or restore the environment.

Yet, as it stands, we do not know exactly how high those costs would be—or how much a given company’s activities are affecting the environment—because there is no common system for reporting on the relevant variables. Even from a purely financial point of view, this is a serious problem. These climate and climate-policy-related variables represent major risks, but without consistent, comprehensive reporting, those risks cannot be measured, much less mitigated.

That is where the ISSB comes in. Admittedly, the body’s remit is ambitious. It will be global from the start and provide standards covering an immensely complex set of indicators. Of course, there is no alternative: measuring climate-related risks is not a straightforward task, and the challenge seems especially daunting in view of the fact that current financial-reporting standards evolved over many years.

Nonetheless, there is reason to hope the ISSB can deliver.

The ISSB will establish a global “baseline” of minimum standards that companies must meet in reporting on climate-related risks. This baseline will enable investors to compare such risks across companies globally.

The ISSB standards will not establish metrics that are related to prescriptive public policies, which most likely will be country-specific. If a country has a particular target or policy in place, it can be added as an additional requirement. The key here is to ensure that local requirements will not lead to an entirely different reporting structure, but instead be additive.

Bottom-up and top- down approaches

Governance will also be integral to the ISSB’s success.

Experience has shown that too much top-down direction can stunt the evolution of standards. That is why the IFRS Foundation has established a three-tiered system of governance, comprising a monitoring board made up of representatives of capital-markets authorities from around the world, a board of independent trustees, and the International Accounting Standards Board (IASB), an independent standard-setting body. National standard-setters, multilateral organizations, and private companies contribute to the standard-setting process via several advisory committees.

The ISSB is set to replicate the IFRS Foundation’s broad-based approach. It will sit as a sister board of the IASB, and the IFRS Foundation expects the new body to cooperate closely with the International Organization of Securities Commissions—an approach that should facilitate local adoption. Moreover, the ISSB will have multiple physical locations around the world.

The creation of the ISSB reflects a novel mix of bottom-up and top-down initiatives and the convergence of a diverse range of organizations and individuals. It could not have happened without the pathbreaking work of the many actors that understood—well before the topic became mainstream—that capital markets needed sustainability standards. These organizations—the Value Reporting Foundation and the Climate Disclosure Standards Board in particular—defined the first reporting concepts and partly succeeded in securing their adoption by companies. The Task Force of Climate-Related Financial Disclosures and the World Economic Forum also contributed important work.

But while these efforts got the ball rolling, they led to a patchwork of standards and metrics that were confusing to companies and may have enabled greenwashing. Combining these initiatives into a single shared framework required a top-down approach led by a credible authority. Regulators, international organizations, and governments encouraged the IFRS Foundation to take on this role, owing to its strong track record as a standard-setter for financial reporting.

The creation of the ISSB is exactly what the emergence of climate-related financial standards needed. And the pragmatic mix of top-down and bottom-up initiatives, together with action by a “coalition of the willing,” that made it possible may have lasting significance for the world’s broader efforts to deliver public goods.

Lucrezia Reichlin, a former director of research at the European Central Bank, is professor of economics at the London Business School and a trustee of the International Financial Reporting Standards Foundation.

This commentary was published with permission of Project Syndicate — Accounting for Climate Change.

China says it will target methane and coal as delegate Xie and U.S.’s Kerry pledge to increase climate cooperation

‘Substantial amount of work yet to be done’: Major report calls on SEC, Fed, banks and insurers for robust climate-risk disclosure

Why Is Citron's Andrew Left Betting Against Peloton?