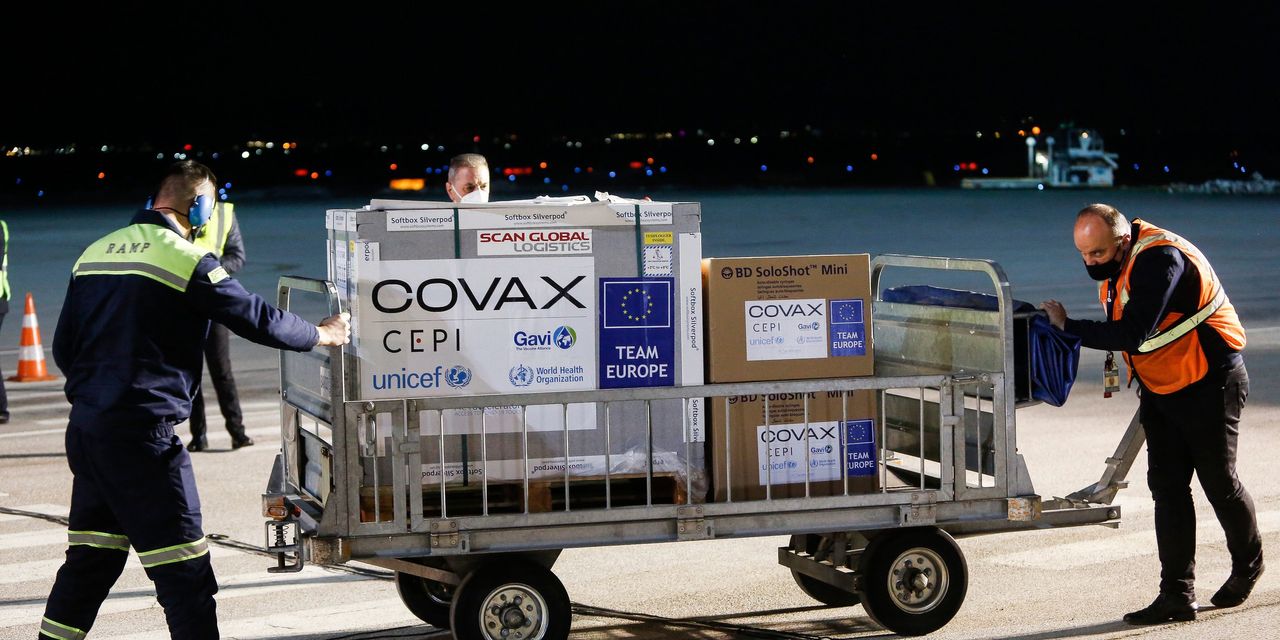 NEW HAVEN, Conn. (Project Syndicate)—The surge of COVID-19 cases and deaths in India shows that the pandemic is far from over. While most developing countries in Asia and Africa managed to keep their death tolls low over the past year, it is only a matter of time before the new, more contagious variants that have emerged in India and elsewhere spread to countries that seemed to have their infections under control.

Absent a miracle—such as a mutation that renders the virus less lethal—only universal vaccination can end this cycle of misery.

“ While momentum builds behind a proposal to waive patents on COVID-19 vaccines, removing intellectual property protection would not accelerate the global immunization effort. The sooner the world recognizes that production capacity is not the problem, the better. ”

With that goal in mind, a global movement has emerged to demand a World Trade Organization waiver of patent protections for COVID-19 vaccines (as well as treatments and diagnostics). But patent protections are not the primary cause of the vaccine-supply bottleneck. If anything, a waiver might divert scarce materials from vaccine production facilities that are already up and running, not to mention discourage investments in pharmaceuticals to ward off future pandemics.

IP is a big problem, but not for this epidemic

Intellectual-property protection for pharmaceuticals has a long, uncomfortable history, especially in developing countries. When the WTO Agreement on Trade-Related Aspects of Intellectual Property Rights (TRIPS) was signed in 1995, an overwhelming majority of economists—including those strongly in favor of free trade—condemned it. They objected to an agreement that obliges all WTO member states to recognize and enforce patents in all fields of technology, including pharmaceuticals.

As I argued in 2010, the pharmaceutical industry at the time was losing only a tiny sliver of its profits from patent infringements in developing countries. And worse, IP enforcement could result in lost or delayed access to lifesaving medicines in countries that would no longer be able to produce or import generic versions of patented drugs.

Against this historical backdrop, the demand for a COVID-19 patent waiver is understandable. The problem is that the underlying issues have changed fundamentally. As a recent World Bank working paper by Ruchir Agarwal and Tristan Reed finds, “production capacity for vaccines does not appear to be the binding constraint” in global procurement.

Constraint is money, not production capacity

What’s the issue, then? According to Agarwal and Reed, it is that companies are reluctant to activate their existing production capacity without pre-purchase commitments. There is currently a large gap between the number of doses that could be produced and the number that have been preordered.

Opinion: For just $25 billion, the U.S. could jump-start a project to quickly vaccinate the entire world against COVID

And, as one would expect, this gap is unevenly distributed. High-income countries have ordered more doses than they need and thus will end up with a surplus, whereas lower-income countries are far behind in pre-purchasing vaccines.

Under these circumstances, efforts to increase capacity by relaxing patent protections would do nothing to accelerate vaccinations in lower-income countries. A far more promising strategy is to help lower-income countries purchase vaccines, while channeling surplus doses from richer countries to wherever they are needed most.

To a large extent, this strategy is already being implemented, thanks to the efforts of the COVAX Advanced Market Commitment facility, together with concessional loans by multilateral institutions such as the World Bank, and regional initiatives such as the one being led by the African Union.

Remarkably, Agarwal and Reed show that the COVAX AMC facility and the AU initiative already have ensured that most African countries have ordered enough vaccines to cover at least 50% of their populations.

Still, three critical challenges remain. First, closing the pre-purchase gap of 350 million vaccines will requires an additional $4 billion—a trivial cost relative to the potential benefit of achieving world-wide immunity. Providing this support, either through additional funding for the COVAX AMC facility or by sending surplus vaccines to developing countries as soon as possible, should not be too difficult or costly for high-income countries to manage.

Second, the World Bank needs to relax its conditions for extending loans for vaccine pre-purchases.

Currently, such loans can be used only for vaccines approved by three stringent regulatory authorities (SRAs) in three different regions. Among these are Japan and certain Western countries, which naturally prioritize approval of vaccines intended for their own populations. They have little incentive to grant emergency-use authorization to alternative vaccines that have shown high efficacy in Phase 3 clinical trials, such as Bharat Biotech’s Covaxin (India), and Gamaleya’s Sputnik V (Russia), and Sinovac Biotech’s CoronaVac (China).

Extending the list of national regulators classified as SRAs would go a long way toward increasing lending for vaccine purchases.

Finally, existing vaccine manufacturers will be unable to meet their production targets if vaccine nationalism gives rise to export restrictions on critical inputs and raw materials. We saw such behavior early in the pandemic with respect to personal protective equipment, but the resulting export restrictions proved short-lived. One hopes the same will be true for vaccines. International cooperation and coordination will be crucial in the coming months.

There are many ways for advanced economies to assist poorer countries in vaccinating their populations as soon as possible. But relaxing patent protections—however appealing the idea may be in other contexts—is not one of them. The focus should be on providing additional funding and less restrictive lending for preordering vaccines, and on funneling surpluses from high-income countries to the rest of the world.

More on COVID and patents

Europe divided on merits of patent waivers for COVID-19 vaccines

From Barron’s: The Arguments Against Sharing Covid-19 Intellectual Property Don’t Add Up

‘It’s driving up the heat density within data centers:’ Why AI and 5G are contributing to climate concerns

: Americans are using their $1,400 stimulus checks differently than previous payments