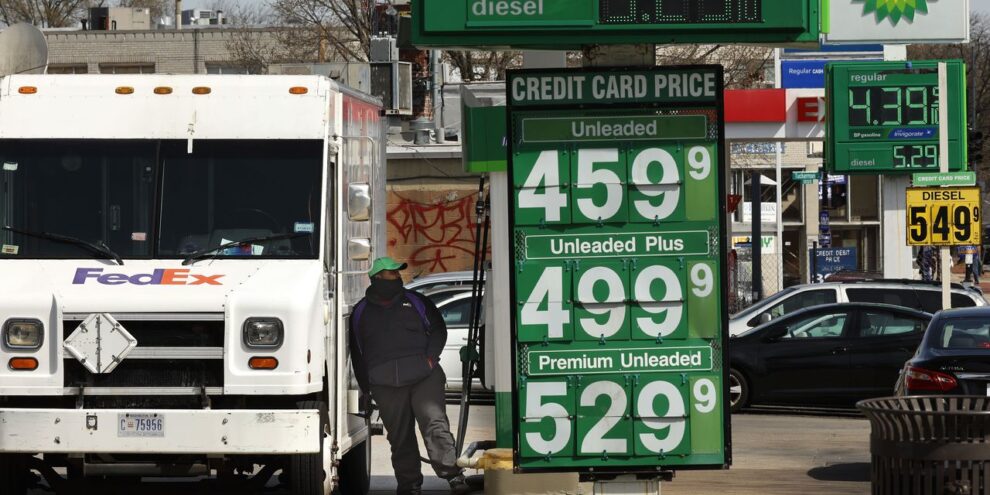 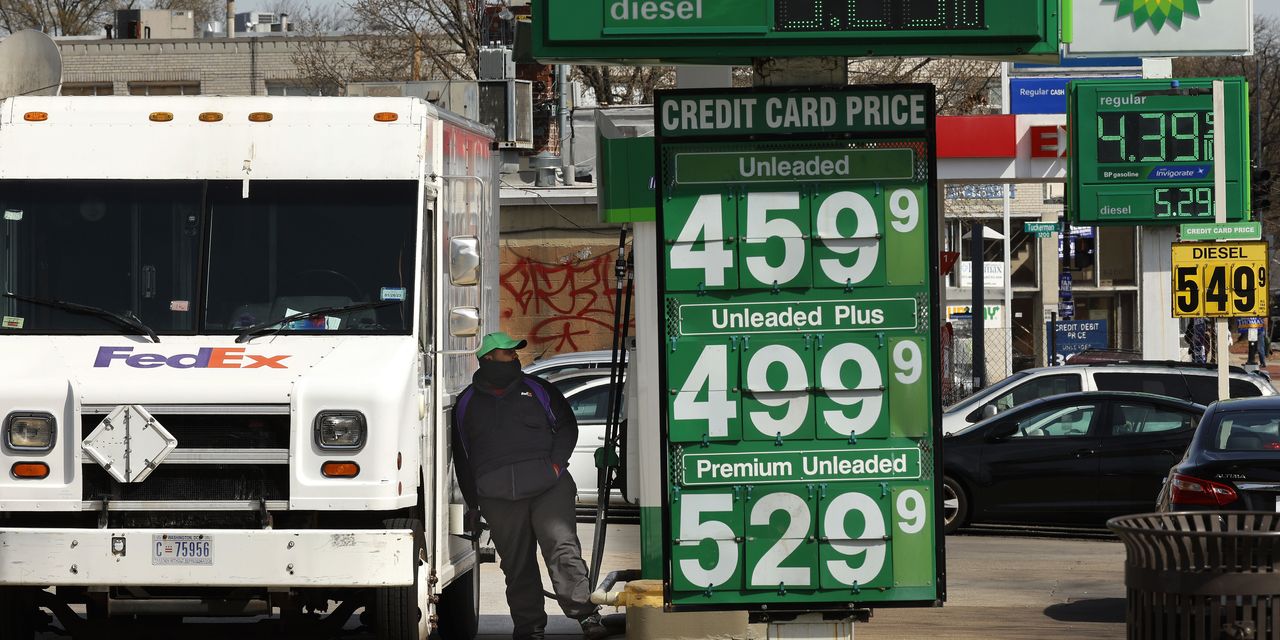 The new round of inflation data shows ballooning prices everywhere as the March gauge on prices leapt 8.5% year-over-year, hitting a point last seen in early 1981.

But there’s just a small smattering of items on the list where price tags increased by double-digit percentages from February to March.

Drivers, take one guess where.

The price on gasoline increased 18.3% month-over-month and 48% year-over-year, the Bureau of Labor Statistics said. That expense alone explained more than half of the overall increase in monthly costs for all items, the agency noted.

Adjusting for inflation, the $4.11 spent in July 2008 would still be costlier. That cost would equal $5.37 in March 2022 dollars, according to inflation calculations from the Bureau of Labor Statistics. But that’s likely not going to mollify drivers who are experiencing inflation rates at a four-decade high right now.

The national average is coming down for now, hitting $4.09/gallon on Tuesday. But the costs are far higher in some states like California, where drivers are paying an average $5.74.

The inflation data came out soon after the Biden administration announced it was permitting gasoline with higher ethanol blends to be sold during the summer months.

Biden says he’ll release 1 million barrels of oil a day through early fall from the nation’s Strategic Petroleum Reserve in a move that, he says, could lower average prices between 10 and 35 cents a gallon. Some critics worry that’s a shortsighted move when it comes to the country’s long-term energy policies.