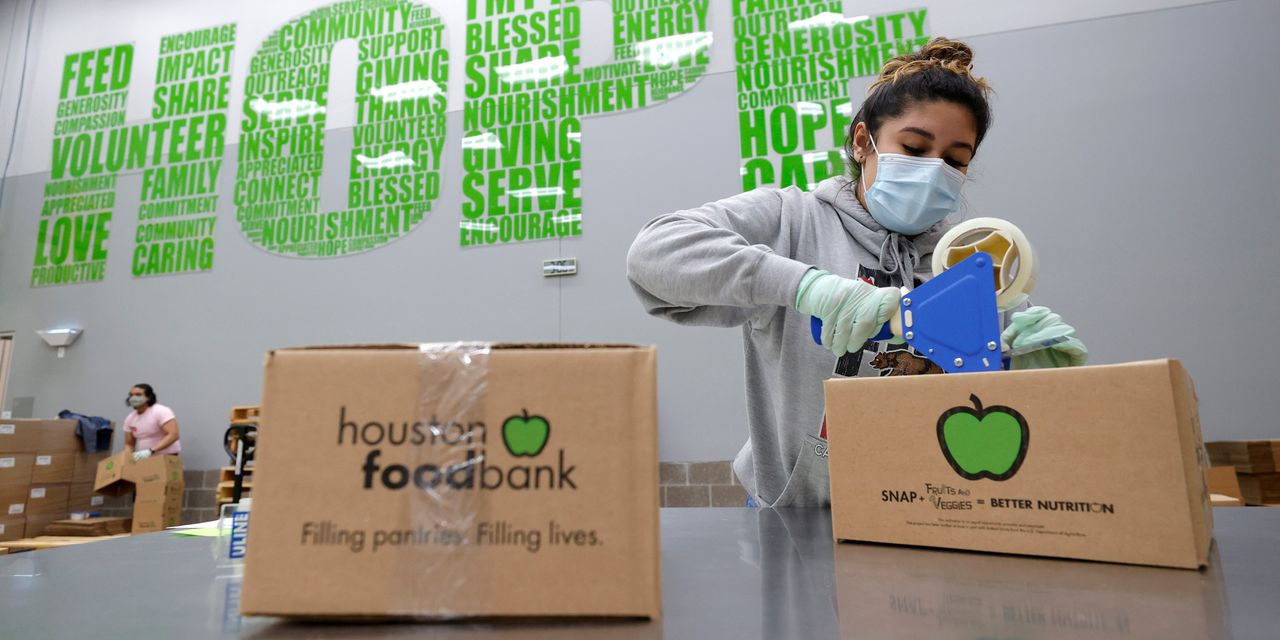 Mobility restrictions imposed to stem COVID-19’s spread put many historically marginalized groups at higher risk for a range of negative “well-being” outcomes during the first stretch of the pandemic — lending support to the idea that “racism is a public-health issue,” said a study published this month in JAMA Network Open.

Each 10% decrease in state-specific mobility was linked to higher odds of mental-health problems, unemployment, food insufficiency and school-class cancellations, according to the study. Authors analyzed data from more than 1 million total respondents to the 2020 Household Pulse Survey between April 23 and July 21, 2020, with an average of 90,693 people responding on a weekly basis.

Compared to high-income white men, Black people with low income, Hispanic people and low-income women of all races and ethnicities were generally at greater risk of experiencing negative outcomes such as joblessness, mental-health problems, food insufficiency, default on the previous month’s rent or mortgage, lack of access to needed medical care, and in-person class cancellations without distance learning, the research found.

The authors said they looked at outcomes beyond “the usual bounds of health and health care,” based on the recognition that factors like unemployment and housing disparities could be “upstream drivers of health.”

“These findings support the notion that racism is a public-health issue,” the authors wrote. “Blanket public-health policies that ignore existing distributions of risk to well-being may be associated with increased race/ethnicity-based, sex-based, and income-based inequities,” they added, if they don’t target needed relief toward people who have been historically marginalized.

“ ‘Racism is not just the discrimination against one group based on the color of their skin or their race or ethnicity, but the structural barriers that impact racial and ethnic groups differently to influence where a person lives, where they work, where their children play, and where they gather in community.’ ”

The JAMA Network Open study was the latest evidence that the pandemic has had an outsized impact on people of color, low-income Americans and women. Black and Hispanic women have been particularly hard hit by job losses, for example, while the pandemic has forced millions of women out of the workforce.

In the latest study, low-income individuals were at greatest risk of experiencing all negative outcomes, and Black low-income individuals had the highest risks for most outcomes. “Women constituted 60% of these highest-risk groups; among these, African-American women experienced the most risks to well-being,” the authors added, noting that high-income Black women also faced high risk of inaccessible healthcare.

White low-income women were at highest risk for inaccessible medical care, and were also most likely to have experienced mental health issues.

The authors advocated for race-, sex- and income-conscious policies for targeting relief, and argued that assistance for Americans most prone to these well-being risks “should not have arbitrary end dates,” but rather continue until economic indicators forecast “a robust recovery.”

Centers for Disease Control and Prevention director Rochelle Walensky said this week that “racism is a serious public health threat that directly impacts the well-being of millions of Americans,” and consequently the entire nation’s health. She pointed to the pandemic’s disproportionate toll on communities of color, tracing racial health disparities back to structural inequities that have persisted for generations.

“Racism is not just the discrimination against one group based on the color of their skin or their race or ethnicity, but the structural barriers that impact racial and ethnic groups differently to influence where a person lives, where they work, where their children play, and where they gather in community,” she said.

Walensky laid out a number of CDC efforts aimed at tackling the issue, including continued study of so-called social determinants of health and new and expanded investments of COVID-19 funding in minority communities to address coronavirus-related disparities.

Also read: COVID-19 hit urban Black and Latino workers. Next, it tore through rural white America — but both waves had one grim thing in common

The Ratings Game: Gap hopes it can burnish its image with a new Kanye West clothing line, repeating the rapper’s brand success with Adidas

This 31-year-old sold $700,000 of stuff online without buying any inventory

Alexa, Remind Me to Shop for Deals on Prime Day