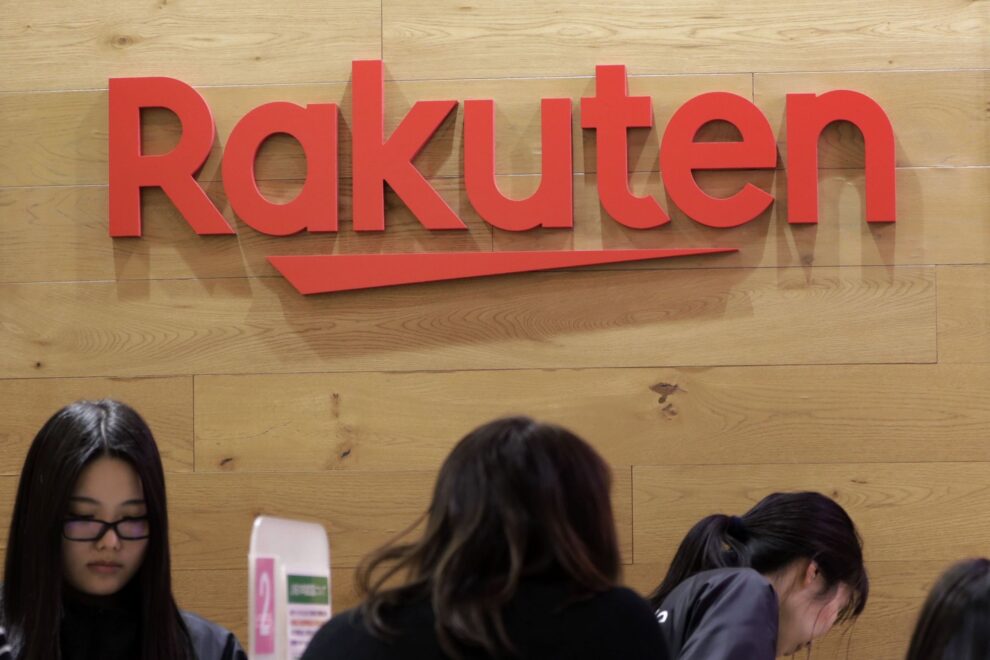 (Bloomberg) -- Rakuten Inc. surged by the most in more than four years after broadcaster NHK reported the internet giant had decided to establish a capital tie-up with Japan Post Holdings Co.That agreement would deepen an existing alliance on logistics forged last year, when the two companies agreed to share data and team up on parcel deliveries. The NHK report, which cited an unidentified person, didn’t elaborate on deal specifics. Rakuten’s shares soared as much as 11% in Tokyo, the biggest intraday gain since February 2017. Japan Post climbed as much as 3.1%.Japan’s commerce pioneer has benefited from a surge in online shopping during the pandemic, but faces stiff competition from Amazon.com Inc. Last year, the company scaled back plans to offer free shipping after pushback from sellers using its e-commerce platform prompted regulatory scrutiny. Rakuten is also expanding rapidly into wireless mobile, hoping to disrupt the staid industry.For more articles like this, please visit us at bloomberg.comSubscribe now to stay ahead with the most trusted business news source.©2021 Bloomberg L.P. Read More...

Democrats inserted three tax hikes on the wealthy and large corporations into their $1.9 trillion Covid rescue plan. Together, the three increases are projected to raise $60 billion, Politico’s Brian Faler writes: “One takes away deductions for publicly traded companies that pay top employees more than $1 million. Another provision cracks down on how multinational corporations do their taxes. A third targets how owners of unincorporated businesses account for their losses. … “The tax increases Democrats picked to help keep their plan’s cost in check had the political benefit of being arcane. Unlike things like raising the corporate tax rate or upping the top marginal tax rate on the rich, the ones they chose won’t produce many headlines.” Tax breaks for individuals: Of course, as we noted earlier this week, the Biden plan includes a host of tax benefits as well — including direct payments of up to $1,400 per person and an expansion of the Child Tax Credit and Earned Income Tax Credit. Congress’s Joint Committee on Taxation estimates that the plan will cut taxes by about $467 billion in 2021 and about $590 billion over 10 years. In all, the Biden relief plan will reduce federal taxes in 2021 by more than $3,300 and raise after-tax incomes by 4.1%, according to an updated analysis released Thursday by the Urban-Brookings Tax Policy Center. That’s about double the average first-year tax cut under the 2017 Trump tax law. The income-boosting effects of the Biden cuts are heavily tilted toward lower-earning households. Households making $91,000 or less will get nearly 70% of the tax benefits, the Tax Policy Center said, and after-tax income for the bottom 20% of earners — households making $25,000 a year or less — will rise by more than 21% on average. By contrast, low- and middle-income households received about 17% of the 2017 law’s tax benefits, and low-income households got a 0.4% tax cut on average. Rejecting Reaganomics: Combined, Biden’ tax cuts for individuals and tax hikes for businesses highlight Biden and Democrats’ focus on fighting inequality — and signal a sharp break from both Trump’s economic approach and that of Ronald Reagan. “Biden is basically pulling a George Costanza on Reagan with this bill: Do the opposite of Reaganomics,” NBC News’s Sahil Kapur tweeted Wednessday night. “Instead of easing burdens for upper earners and counting on that to deliver broad benefits, he’s sending cash to low-income people and counting on them to boost the economy.” The challenge ahead: The tax cuts in Biden’s plan are either one-off provisions, like the latest round of direct payments, or set to expire at the end of the year, unlike the individual income tax cuts in the 2017 GOP law, which were set to expire after 2025. Democrats have made clear that they want to make permanent key elements, like the expanded child credit. And Biden is already planning a multi-trillion-dollar infrastructure bill. “[T]he real test for Democrats — who promised stiff tax increases on the rich during last year’s campaign — will come later, when they face demands to pay for something big like Biden’s plans for a major infrastructure package,” Faler writes. Those demands have already started. Some centrists are expressing growing unease about adding trillions more to the federal debt, and say they want to make sure that additional spending is paid for one way or another. “At some point we’ve got to start paying for things,” Sen. Angus King (I-ME), who caucuses with the Democrats, said this week. “It’s got to be paid for. It’s just a question of who pays. Are we going to pay or our kids going to pay?” Sen. John Tester (D-MT) also said that he wants at least some of any new spending to be paid for, with the costs covered by a potential mix of spending cuts and tax increases. “You’re going to remind me of this [later] when none of it’s paid for,” he joked with Politico’s Sarah Ferris and Burgess Everett, “but I do think some of it needs to be paid for.” House Budget Chair John Yarmuth (D-KY) told Ferris and Everett that while he assumed an infrastructure package would include some means of paying for new spending, the sheer size of the eventual bill — estimates start at $2 trillion and move up to twice that — would make it impossible to pay for it all. “I think that’s unrealistic, given what everyone assumes the size of this is going to be,” Yarmuth said. At the same time, any tax increases that could be proposed to help pay for those future plans could meet with intense resistance. Still, it’s clear where Biden and Democrats are likely to turn for more revenue, based on the changes in the relief plan. “Clearly it’s a signal that Democrats will look to high-income people and large corporations for revenue for the investment package to come,” Seth Hanlon, a senior fellow at the liberal Center for American Progress, told Politico. Like what you’re reading? Sign up for our free newsletter.

Netflix Looks To Root Out Password Borrowers With New Feature: What You Should Know
: Tesla’s Giga Press catches fire at California factory
Comment

Personal Finance Daily: More than half of renters say they lost jobs due to coronavirus and this tech CEO is paying restaurants to deliver meals to people in need