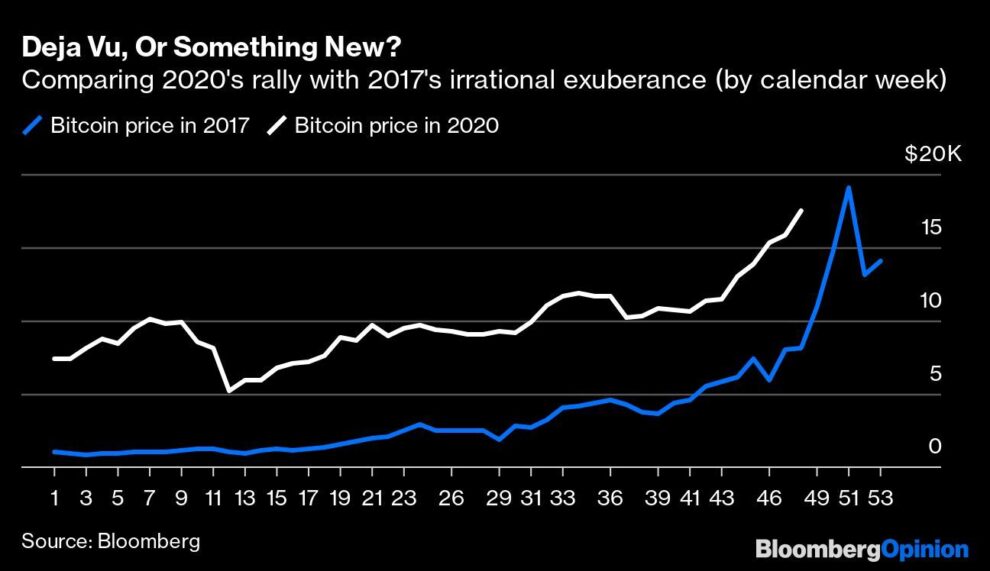 (Bloomberg Opinion) -- Mike Novogratz, famous for making the jump from Wall Street to cryptocurrencies, has regularly drawn a link between the global pandemic, financial stimulus and the allure of bitcoin as a safe haven. “Now is the time to invest in bitcoin,” his crypto firm Galaxy Digital Holdings Ltd. thundered in a newspaper ad in August. “I’d be much more nervous [about a price drop] if I thought we’re going to cure Covid and all of a sudden everyone’s going to be fiscally conservative,” Novogratz said at the time.He got one thing right. Bitcoin is now trading near $18,000, up almost 100% in six months and it’s flirting with an all-time high reached in 2017 (which, given it was followed by an ugly crash, faithful Bitcoiners would rather forget). Shares of Galaxy have done even better, rising by 380%. Total assets at Grayscale Bitcoin Trust, the biggest trust provider in the cryptocurrency, have risen fourfold this year to $8.4 billion.But is this really being driven by people seeking protection from a more uncertain world? A Covid-19 vaccine is getting closer; Donald Trump, whose one-time adviser Steve Bannon cheered Bitcoin as part of a “global populist revolt,” is on his way out. Global equity markets are near all-time highs.If anything, Bitcoin looks much more like the stock market on steroids than it does a digital version of gold, which has barely budged since the end of October as confidence about a Covid cure has gradually improved. You can see why hedge fund skeptics like Ray Dalio are dubious of Bitcoin’s charms.The cryptocurrency’s recent above-average correlation with equities is fine when everything’s going up, but not in times of stress: In mid-March, for example, a flight to safety triggered by Covid cut Bitcoin’s price in half. A recent Kansas City Fed study comparing bonds, gold and bitcoin between 1995 and Feb. 2020 found Treasuries behaved “consistently” as a safe haven, gold “occasionally” and Bitcoin “never.”Behind the talk of digital gold is the reality of an erratic, still-speculative asset with the potential for big price swings. Serious investor money is changing hands on crypto exchanges partly because a risky trading opportunity is in the air: Charismatic hedge fund convert Paul Tudor Jones compared bitcoin to “investing in Google early.” Right behind the smart money are the excited retail punters who apparently used their $1,200 pandemic stimulus checks to buy bitcoin.While digital payment firms such as PayPal Holdings Inc. and Square Inc. have launched bitcoin applications, this price jump is not about people buying cappuccinos. Data from Chainalysis estimates merchants made up only about 1% of crypto activity in North America between mid-2019 and mid-2020, while exchanges accounted for almost 90%. In East Asia, the world’s biggest crypto market, bitcoin trading is driven by Tether, a token used as a U.S. dollar stand-in that’s embroiled in a New York lawsuit over alleged covered-up losses.Crypto is still a heady bet on life-changing wealth, not a disruptor of how normal people use money.Hence the confusion of Dalio, who wondered this week if he was “missing something” after dubbing bitcoin a bubble back... 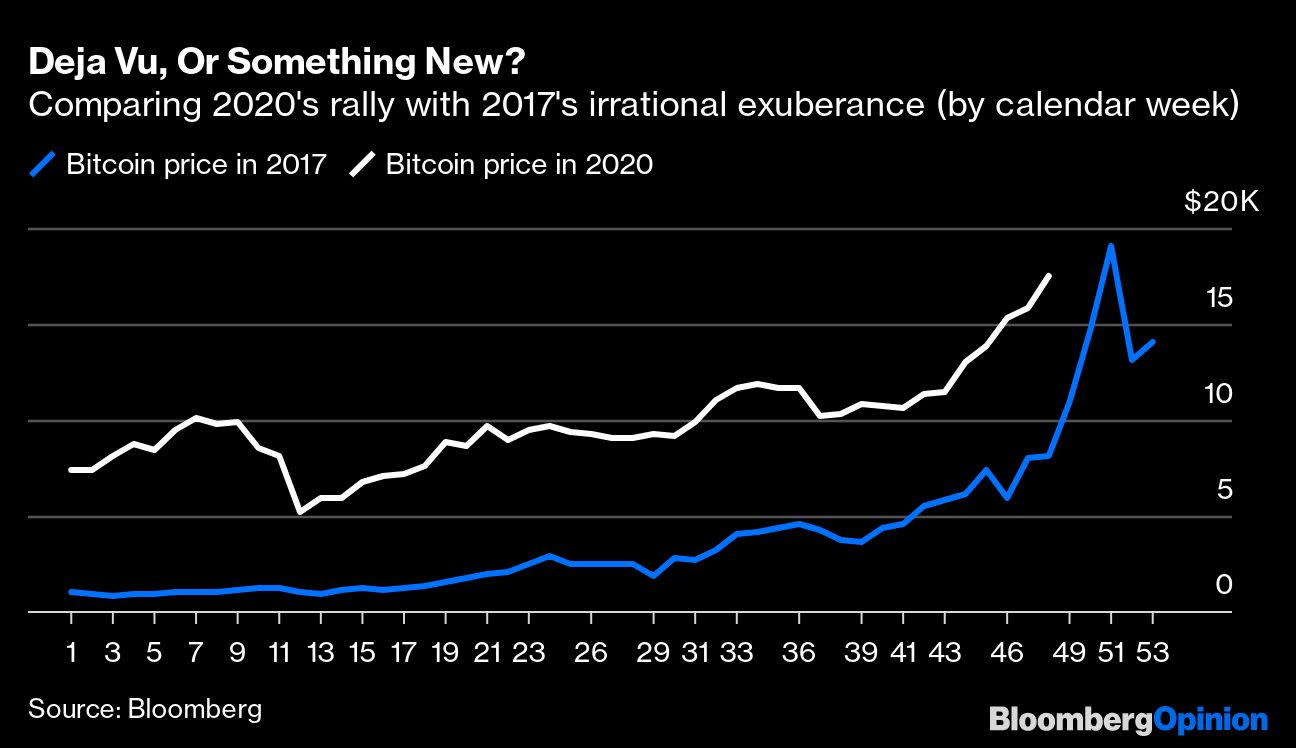 Key Words: One New York councilman is hosting a big Thanksgiving gathering, despite COVID-19 warnings — and he’s not alone
Amazon and Global Optimism Welcome Henkel and Signify to The Climate Pledge
Comment