(Bloomberg) -- Chinese ride-hailing giant Didi Chuxing Inc. is looking to raise as much as $4 billion in one of the biggest U.S. initial public offerings of the past decade.Didi, which is one of the largest investments in SoftBank Group Corp.’s portfolio, is marketing 288 million American depositary shares for $13 to $14 apiece, according to a filing Thursday with the U.S. Securities and Exchange Commission.At the high end, the company would have a market value of about $67 billion based on the Read More... 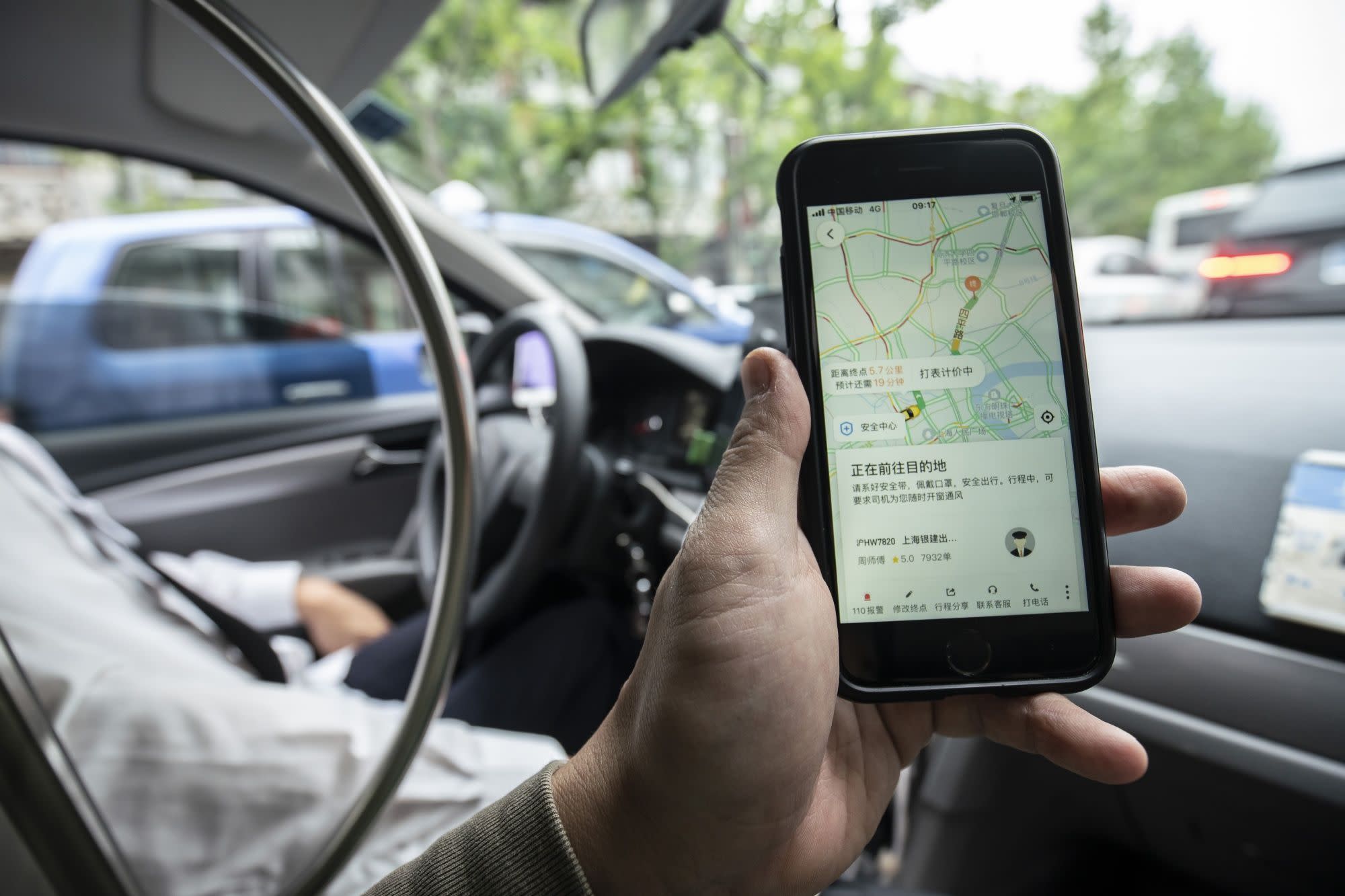 (Bloomberg) — Chinese ride-hailing giant Didi Chuxing Inc. is looking to raise as much as $4 billion in one of the biggest U.S. initial public offerings of the past decade.

Didi, which is one of the largest investments in SoftBank Group Corp.’s portfolio, is marketing 288 million American depositary shares for $13 to $14 apiece, according to a filing Thursday with the U.S. Securities and Exchange Commission.

At the high end, the company would have a market value of about $67 billion based on the outstanding shares listed in the filing. Accounting for restricted stock units, its diluted value would reach about $73 billion.

Affiliates of Morgan Stanley as well as Singapore’s Temasek Holdings Pte have agreed to purchase $1.25 billion of the shares in the offering, according to Thursday’s filing.

The company’s valuation is at the lower end of a range that had stretched up to $100 billion, Bloomberg News reported in April, suggesting investors balked at the price tag. The same happened with U.S. ride-hailing giant Uber Technologies Inc., which was valued at $75.5 billion in its 2019 IPO, well below the $120 billion that had been touted a year earlier. Uber now has a market value of $95 billion.

Didi, whose shares had reportedly been trading at a valuation of about $95 billion on the secondary market this year, is going public in what is shaping up to be a record year globally for IPOs. A blank-check company listing boom in the U.S. in the first couple months of 2021, as well historically low interest rates and monetary stimulus, has led to a flurry of share sales, including by some of the world’s hottest tech companies.

The IPO would be sixth-largest in the U.S. during the past decade, topped only by, in addition to Uber, the likes of Alibaba Group Holding Ltd., Facebook Inc. and, most recently, Coupang Inc., according to data compiled by Bloomberg.

Still, creeping inflationary pressures have injected volatility into markets, causing investors to pivot away from the high-growth stocks that saw phenomenal share price rallies last year. That has rippled through the IPO market, with investors becoming more selective about which companies they back.

Didi’s offering has also been clouded by speculation over increased regulatory scrutiny. Reuters reported last week that China’s antitrust watchdog has commenced a probe of the ride-hailing firm’s business practices and pricing mechanisms. The company, which was among 34 internet giants that had been ordered by regulators in April to correct any excesses, had said in an earlier filing that, while it had completed the process, it couldn’t assure investors that regulators would be satisfied with its efforts or that it would escape any penalties.

Didi accelerated its listing plans after its business rebounded as the coronavirus pandemic ebbed in China. In the first quarter, revenue more than doubled from the equivalent period a year earlier to reach $6.4 billion. The company also turned a profit for the three months, reporting net income of $837 million. It still posted a $1.6 billion loss last year on sales of $21.6 billion.

While Didi has expanded into 15 countries, most of its revenue still comes from its China mobility business.

SoftBank’s Vision Fund, Uber and Tencent Holdings Ltd. are among Didi’s biggest shareholders with combined stakes of about 41%, its filing shows. Didi co-founder Will Wei Cheng holds 7% of the shares.

Former Alibaba Group Holding Ltd. staffer Cheng founded Didi in 2012. It clashed with Uber in China for years until the U.S. firm retreated in 2016, selling its operation in the country to Didi.

Didi’s management team will hold Class B shares and have 52% of the voting rights, according to the filing. Each Class B share has 10 votes while Class A shares have one apiece.

The company is looking for capital to invest in technology, grow its presence in some international markets and introduce new products, according to the filing. It’s planning to make its debut in Western Europe this year, Bloomberg News reported in February, and has invested heavily in so-called community buying, one of the hottest e-commerce growth areas in China.

With Didi still China’s dominant player, it’s also looking to leverage that lead to expand into related areas such as autonomous driving and electric vehicles.

The offering is being led by Goldman Sachs Group Inc., Morgan Stanley and JPMorgan Chase & Co. In all, Didi appointed 19 advisers to manage the share sale.

The Moneyist: ‘When we found out, all hell broke loose’: My father used a family trust to secretly build a house — he rents it to his third wife’s friends at below-market rent
Market Extra: Stocks tied to fast-internet expansion climb as Washington agrees to infrastructure deal
Comment

Their Stories: Alan Finder: In a 45-year career in journalism, he always kept his cool and remained ‘a nice guy’

Economic Outlook: Is Trump’s plan to restrict U.S. – China investment a negotiating ploy or part of a long term struggle between two superpowers?

Stein Mart stock gets a bump from Amazon locker partnership

Capitol Report: Republicans and Democrats agree: America is out of control

Business in the Age of COVID-19: Google braved one recession, and Alphabet is more diversified as coronavirus roils rivals