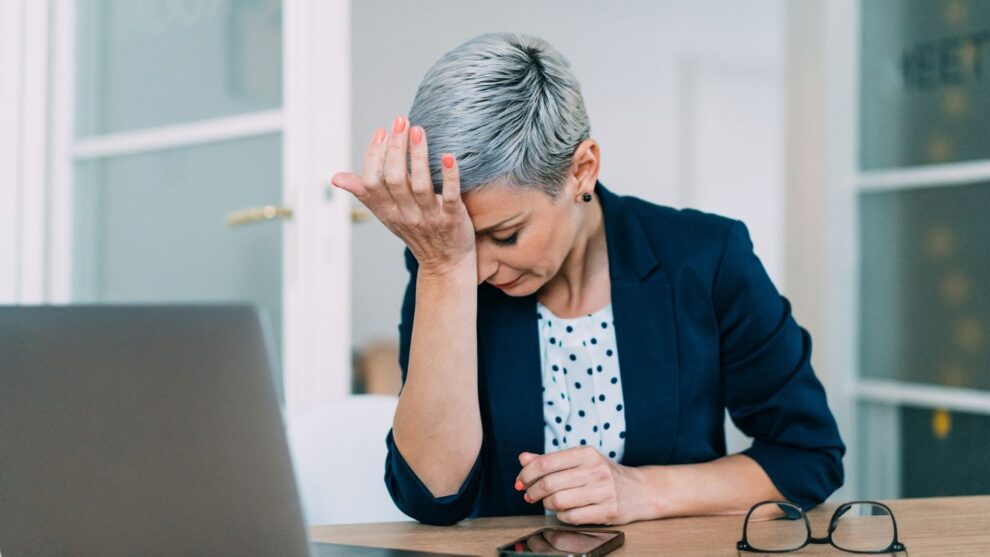 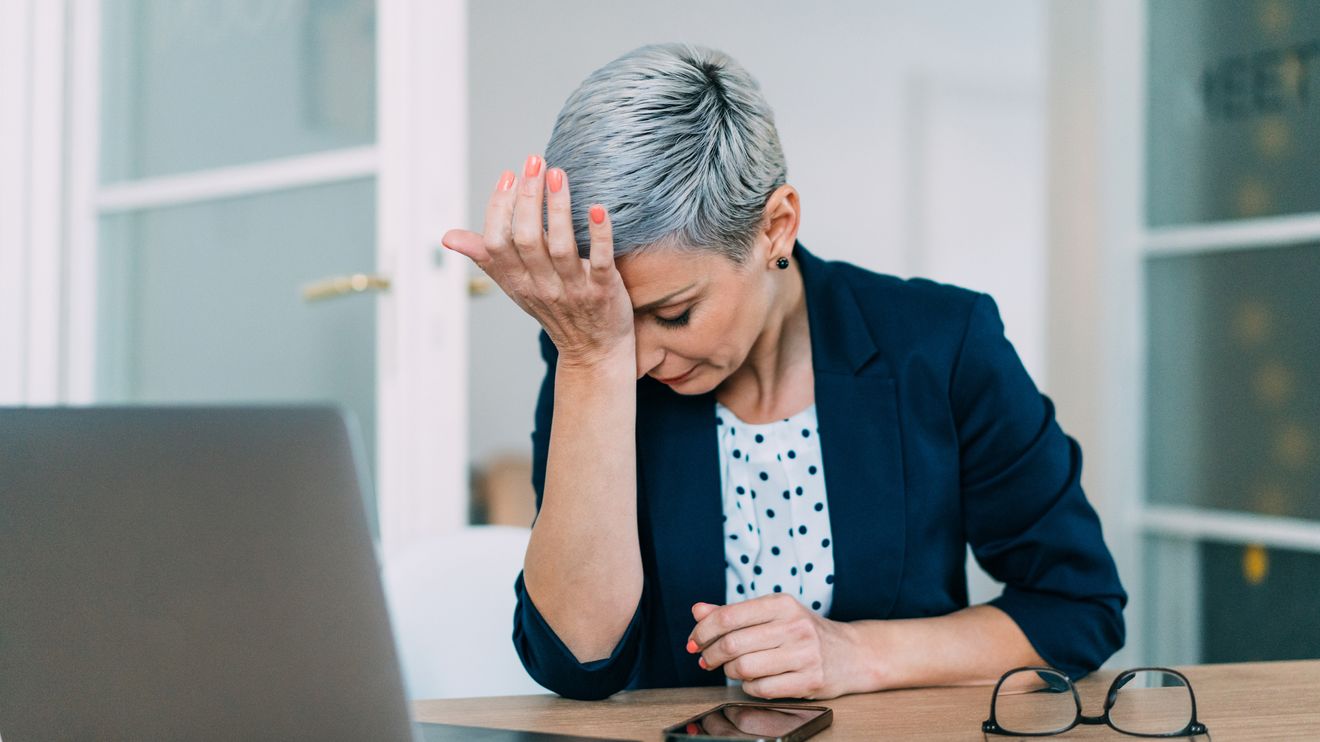 For years, decades even, the 60/40 portfolio has been the asset allocation of choice for investors.

And with good reason. That asset allocation, which was based on the work of Nobel Prize-winning economist Harry Markowitz, provided investors with a way to maximize expected returns based on a given level of risk. Under the theory, known as the modern portfolio theory or MPT, investors would reduce the total risk of the portfolio through diversification: investing in assets that have low positive correlation or even negative correlation.

And historically, for the past two decades at least, the stock/bond correlation has been consistently negative, according to AQR. Thus, “investors have largely been able to rely on their bond investments for protection when equities sell off,” wrote AQR.

“You had some sort of diversification benefit,” said Tony Davidow, author of Goals-based Investing: A Visionary Framework for Wealth Management.

“We’ve had a good period of time in which the 60/40 portfolio worked really well,” said Dan Kern, the chief investment officer of TFC Financial Management. “Bonds typically over the last couple of decades have been a really good offset for stocks. So, when the stock market did badly, bonds have been a good source of insurance. And, generally, we’ve been in a long-term bull market for bonds.”

But, as has happened in the past, the stock/bond correlation turned more positive than its historical average in 2022.

And the 60/40 portfolio seemingly failed to protect investors who thought diversification was, as Markowitz is reported to have said, a “free lunch.” Instead of bonds rising to offset the loss in stocks this year, as would happen when the stock/bond correlation is negative or slightly positive, stocks and bonds both fell in value. In fact, a 60/40 portfolio tracked by PortfoliosLab was down 16.38% year to date as of Dec. 24, 2022.

“This year’s been a rude awakening,” said Kern. “It’s one of the worst years in history for the balanced 60/40 portfolio.”

And, now, many are proclaiming the death of the 60/40 portfolio.

But is this the end, or is there a more nuanced answer to the question?

In one camp experts such as David Kelly, the chief global strategist and head of the global market insights strategy team for J.P. Morgan Asset Management have this to say: “Rumors of its death have been greatly exaggerated as Mark Twain would’ve said.”

“Fixed income stopped diversifying a portfolio,” said Kelly. “So as the stock market went down, instead of the bond market going up, it went down too. And you want to have things in a portfolio that will zig as the rest of the portfolio zags and everything just zigged this time.”

To be fair, stocks and bonds have declined in at least 37 quarters since 1926 according to Callan. But looking at annual returns, there have been only two calendar years when stocks and bonds were both down, 1931 and 1969, according to Callan. “Just because the last few decades have been great for the 60/40 portfolio, that doesn’t mean that the 60/40 portfolio has always worked through time,” said Kern.

The good news now, according to Kelly, is that from a “valuation perspective” there’s now value in both stocks and bonds. What happened in 2022, he said, was due to a “very unusual situation of rising inflation, which seems to happen once every 40 years.”

If we are back in a more normal situation where inflation turns around and the real threat in 2023 and beyond is a recession, then that negative or low positive correlation between stocks and bonds should be re-established, said Kelly.

Plus, lower valuations and higher yields now mean the markets offer the best potential long-term returns since 2010, according to J.P. Morgan Asset Management. “I think this is a time where 60/40 investing looks better or more promising than it has in many, many years,” said Kelly.

“Once again, the 60/40 can form the bedrock of portfolios, while alternatives can offer alpha, inflation protection and diversification,” wrote the authors of J.P. Morgan Asset Management’s 2023 Long-Term Capital Market Assumptions report.

“I think it’s fair to point out that going forward, the 60/40 portfolio won’t be as reliable a portfolio structure as it’s been in the past,” said Kern.

Davidow shares that point of view. “I’m definitely a believer that the 60/40 portfolio is an antiquated, outdated playbook,” he said. “I think we need to move on from it.”

The asset allocation of the future

Going forward, Kelly, Kern and Davidow all say that investors will need to have a more “sophisticated” approach to allocating their assets in the future. “You don’t just want to invest 60% U.S. equities and 40% U.S. bonds and be done with it,” he said. “A more sophisticated approach can give you extra return.”

That means investors will need to consider adding alternative investments to their portfolios, such as private equity, private debt, venture capital, and hedge funds, said Kelly. “Alternatives make a lot of sense as part of stabilizing an overall portfolio and giving you a better risk-return profile.”

“Hedge funds can dampen the volatility because they can be long or short, and they can be much more nimble,” said Davidow. “And I think they are well positioned to take care of changing volatile markets like we’re in now.”

And that’s not just the playbook for today but for the foreseeable future.

“There’s a lot of uncertainty,” said Davidow. “There are all sorts of challenges all over the world. And I’d argue that it would be a mistake for us to fall back into the trap of the 60/40 or 70/30 or something that was very cookie-cutter. I’d argue that what we really need to do is start to move forward and focus on what are the specific goals that I need in my portfolio and what are the best tools to help solve for that.”

To be sure, investors will need to be educated about the risks and rewards of investing in alternatives, which are complex products and illiquid. That could be a tall order. But at least alternatives are becoming more accessible to individual investors, said Davidow, who noted the use of tender offer and interval funds as one way to access alternatives.

Interval and tender offer funds are a type of continuously offered closed-end fund that frequently price shares at net asset value (NAV) but are not listed on an exchange, according to iCapital.

But as great as these investments are, investors do need to understand the difference between one strategy and the next “because they clearly introduce different sorts of things that you’re not exposed to in the traditional sense,” said Davidow.

Those hurdles aside, Davidow believes the market is at an inflection point. “The catalyst for change is the fact that we have a market environment today in which most individual investors aren’t going to get the goals they seek if they use a 60/40 portfolio,” he said.

So, how might investors incorporate alternatives into their traditional 60/40 portfolio? Would one invest say 55% in stocks, 35% in bonds and 10% in alternatives?

According to experts, the better choice would be to include alternatives into the 60/40 portfolio, allocating a portion of the stock and bond portfolios to alternatives (or what Davidow calls the “illiquidity bucket”), such that the total would be around 10% to 20% in total. “You want to allocate enough to matter,” he said. “I like the idea of a diversified alternative portfolio as opposed to a single one-size-fits-all solution.”

One benefit of investing in illiquid investments is this: There’s a temptation to sell every time there’s volatility in the market. But one can’t easily sell illiquid investments. “So it keeps (investors) focused on the long run,” said Davidow. “So, if I could carve out that illiquidity bucket, have that long-term approach on that discipline, I know I’m going to be rewarded for that investment.”

The portfolio of the future also contains international and emerging market equities, as well as high yield and emerging market debt, said Kelly. “It’s not just a matter of protecting yourself,” he said. “It’s a matter of finding opportunities to grow your money in a safe way. And I think the problem in recent years is that as things got more and more expensive, a lot of people were searching for money, ways of making money in unsafe ways, crypto and NFTs and meme stocks…And part of the reason they did that was that just investing in 60/40, the expected returns weren’t that great. But starting from here, you’ve got better choices. So, if you’ve got better choices available, don’t make bad ones.”

Investors should take steps “to better insulate themselves from what’s going to be a different environment over the next decade,” Kern said.

Like Kelly, he says that includes diversifying beyond the U.S.

“As we look forward, although non-U.S. indexes have really lagged U.S. indexes, many of the best-performing stocks in the world have come from outside the U.S. and I think in a more fragmented economic and trading regime, regional diversification that hasn’t been that helpful will be helpful again in the future,” Kern said. “That doesn’t mean you should abandon the U.S. and put all your chips in Europe and the U.K., but having some healthy diversification outside the U.S. makes sense.”

We’re entering a period of “pesky inflation” and that’s going to change the calculus behind the 60/40 portfolio, according to Kern. “I would recommend investing in things that provide either a direct or implicit link with inflation,” he said. That includes investments that benefit from a more inflationary landscape, such as real estate, privately traded real-estate investment trusts, farmland, timberland, infrastructure, and Treasury inflation-protected securities or TIPS.

Ultimately, going forward it’s important to consider this: “The world’s changing, and I think a course-adjustment makes sense,” said Kern. “But that doesn’t mean that you have to throw out everything that you’ve done for the last couple of decades. This is a course-adjustment, not a course-correction. And so, it’s very easy in turbulent times to throw out everything that you’ve done and say none of it is relevant anymore. And still, the fundamentals are still in place. It’s just shifting your course a little bit. That’s what I recommend.”