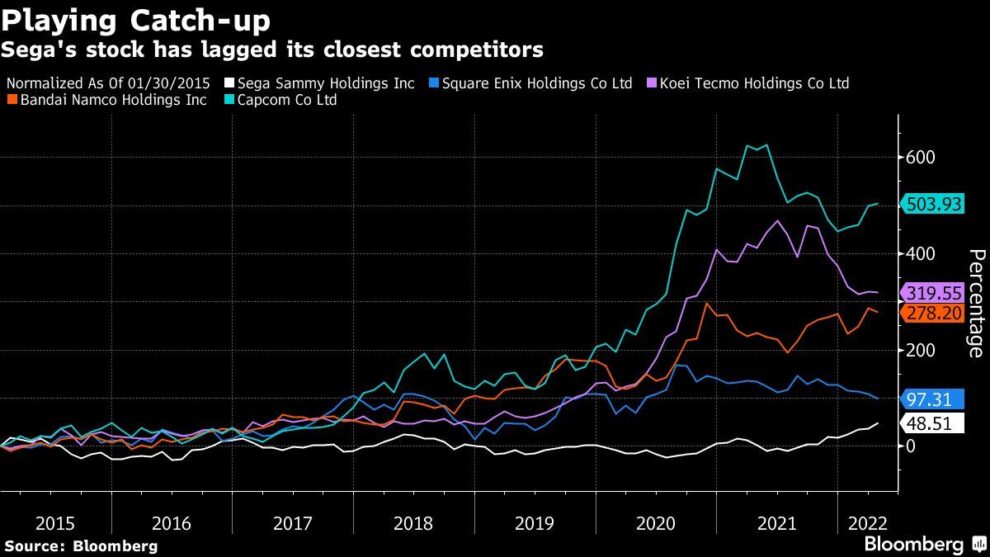 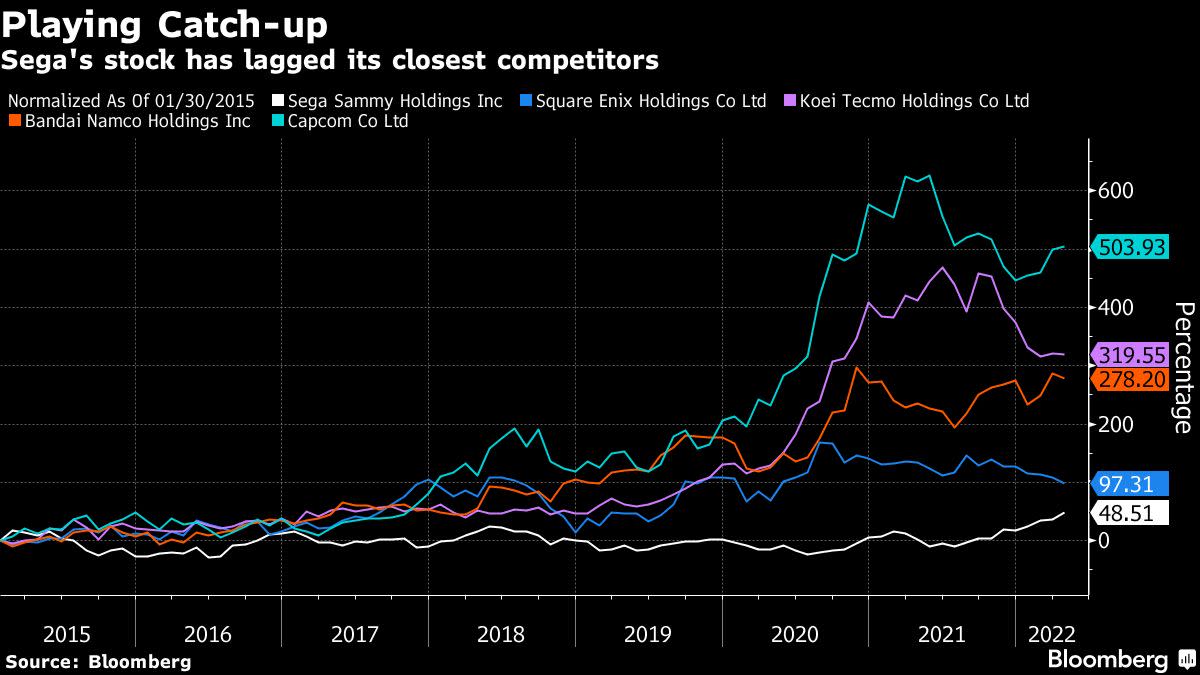 (Bloomberg) — Sega Sammy Holdings Inc. is developing big-budget reboots of its Dreamcast games Crazy Taxi and Jet Set Radio as it taps its back catalog in search of global hits like Epic Games Inc.’s Fortnite, according to people familiar with its plans.

The two titles would be the first entries in Sega’s Super Game initiative, which the company announced a year ago as an effort to develop recurring revenue sources and build online communities around its software portfolio. Fortnite has become the role model for such games: free to play, it’s available across platforms, hosts large multiplayer contests and includes extras like vehicles, construction and social events on top of the usual combat, spurring player purchases of in-game items.

The new Crazy Taxi has already been in development for over a year and the Tokyo-based entertainment group aims to release it within two to three years, the people said, asking not to be named as the information is not yet public. It was named alongside Jet Set Radio in Sega’s annual report a year ago on a list of intellectual property assets that Sega wanted to recapitalize by bringing them up to date. Both new games are in the early stages of creation and could still be canceled, the people said.

A Sega spokesman said the company has no comment to make at the present time.

The Super Game project is led by Sega’s video game unit chief Shuji Utsumi, a former PlayStation executive, and currently includes plans for about four such titles, according to the people. The company said last year that its European studio is working on a first-person shooter Super Game and the plan was to offer “contents and services that can create a large community” and as much as 100 billion yen ($780 million) in lifetime revenue.

Sega’s online role-playing game Phantasy Star Online 2 fits the criteria for a global multiplayer hit, but it has so far failed to stir up a thriving market with its in-game purchase offerings. The Japanese company plans to address this aspect of monetization more aggressively with its upcoming titles.

Crazy Taxi casts the player in the role of a speed-above-all-else taxi driver and Jet Set Radio is an award-winning street action game, both released for the Dreamcast console in 2000. Past installments never turned into major commercial hits but did develop a devoted fan base even as niche titles, according to Tokyo-based games consultant Serkan Toto.

“They are more like cult titles with very loud and vocal fan bases, totally different in scale when compared to Sega’s iconic Sonic series,” Toto said.

Sega is betting big on Super Games at a time when its traditional businesses of pachinko and arcade machines face dwindling audiences and waves of Covid-19 restrictions. Console and smartphone gaming represents the company’s best chance at securing long-term growth.

Sega partnered with Microsoft Corp. in November on its Super Game development, using the Azure cloud platform and potentially setting the stage for the addition of those titles to Microsoft’s Xbox Game Pass service. Sarah Bond, corporate vice president for gaming at Microsoft, at the time said that the duo will “reimagine how games get built, hosted, and operated, with a goal of adding more value to players and Sega alike.”