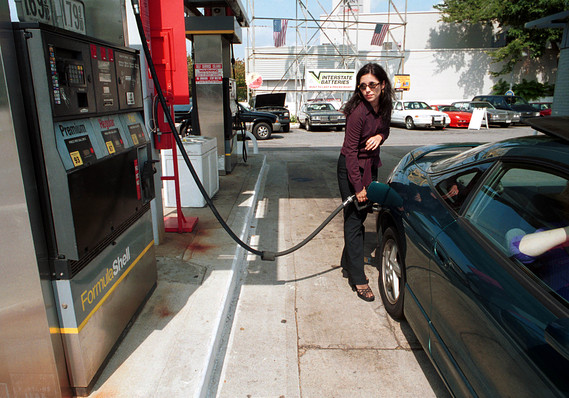 Royal Dutch Shell PLC on Thursday said its profit plunged in the second quarter, with the company citing lower oil and gas prices and weaker refining margins, outweighing a rise in production.

The British-Dutch oil giant RDS.A, -1.43% RDSA, -4.36%    said its quarterly profit on a current cost-of-supplies basis–a number similar to the net income that U.S. oil companies report–was $3.03 billion, down from $5.23 billion a year earlier. The results missed the company-provided analyst consensus, coming in at almost a third below expectations.

Shares in the company were down around 4% in early London trading.

Energy majors’ second-quarter results have been hit by lower oil and gas prices versus the same period a year ago.

Shell’s rising output, boosted by fields in North America, was not enough to offset the lower commodity prices. Shell’s production rose 4% to 3.58 million barrels a day compared to a year earlier. Its output is also expected to rise in the third quarter as production ramps up from some fields and liquefied natural gas projects.

Shell’s performance is consistent with most of its peers, with France’s Total S.A. FP, -0.55%   and Norway’s Equinor ASA EQNR, -0.19%, both reporting a fall in profits last week and missing analysts’ expectations.

BP PLC BP, -0.63%   was the exception, beating expectations to report a similar quarterly result to the same period a year ago. U.S. oil giants Exxon Mobil Corp. XOM, -1.31%  and Chevron Corp CVX, -0.99%   are set to report their results on Friday.

Total and BP also reported solid production increases. The rise in output from the majors comes after years of cost cutting in the wake of oil prices collapsing in 2014. Oil majors are back investing in new production, albeit sometimes in the form of acquisitions rather than developing their own exploration finds. Total is on track to raise production by 9% this year, helped by their acquisition of Maersk Oil’s assets which closed a year ago, alongside projects starting up, including in Angola and the North Sea.

“In Shell’s case for instance we do have the start-up of several major projects that are contributing to production growth,” Jefferies equity analyst Jason Gammel said, adding that some of these, including the Appomattox project in the Gulf of Mexico, were approved before the downturn.

Shell’s cash flow from operations rose to $11.03 billion from $9.5 billion in the prior-year period.

“We have delivered good cash flow performance, despite earnings volatility, in a quarter that has seen challenging macroeconomic conditions in refining and chemicals as well as lower gas prices,” Chief Executive Ben van Beurden said.

Shell has pivoted towards gas production since its 2015 deal to buy BG Group PLC, known for its global liquefied natural gas business.

A year ago, Shell launched a $25 billion share buyback program. The company said it would buy back $2.75 billion of shares in the next tranche, in line with the first quarter of 2019.

The company maintained its quarterly dividend at 47 cents a share. 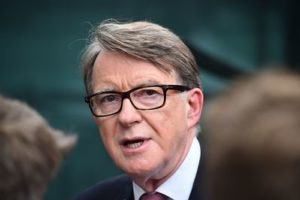 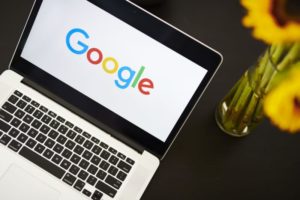 Need to Know: ‘Carnage awaits’ investors, if this chart is anything to go by