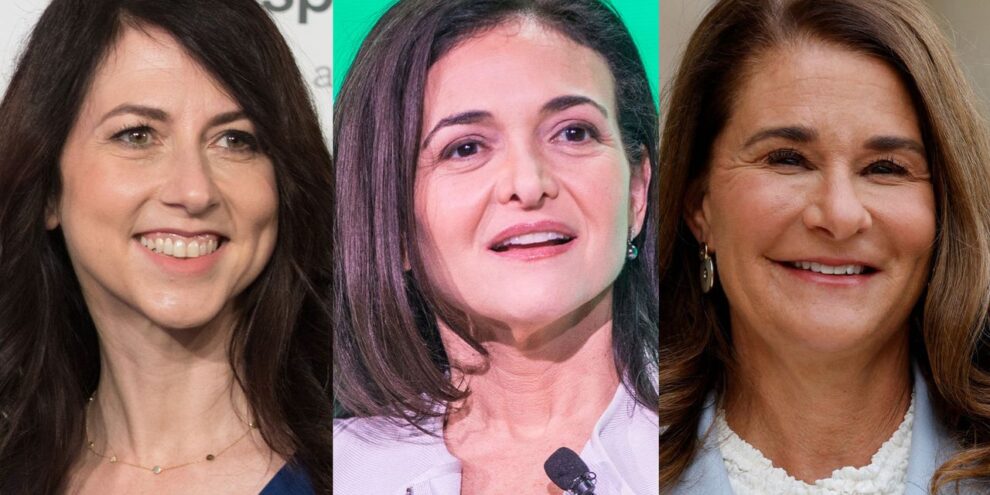 Sandberg joins other high-profile wealthy women, including MacKenzie Scott and Melinda French Gates, who say they're giving out money in part to help women. Read More... 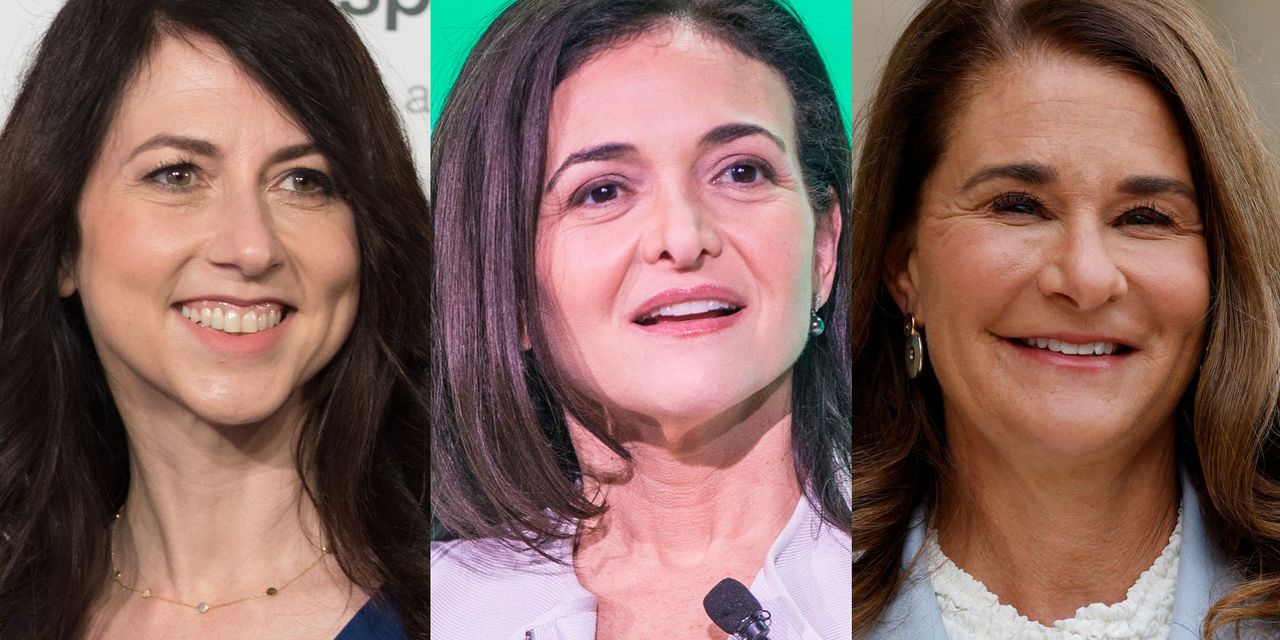 Sheryl Sandberg’s departure from Facebook parent Meta Platforms Inc. FB, +5.42% puts her on a growing list of female billionaires who have recently turned their attention to philanthropy. But some observers say that has come at a cost.

Sandberg wrote Wednesday in a Facebook post that she would be leaving after 14 years at the company and will be “focusing more on my foundation and philanthropic work, which is more important to me than ever given how critical this moment is for women.”

She was apparently referring to the potential reversal of Roe v. Wade and a desire to protect reproductive rights as abortion laws around the country grow more restrictive, according to an interview with Fortune.

“Sheryl Sandberg’s impact on the industry in terms of paving the way for women is undeniable. What’s also undeniable is that she was part of an institution that has weakened our democracy.’”

LeanIn.org, named after Sandberg’s bestselling book on women in the workplace, “empowers women to achieve their ambitions,” according to the foundation’s latest IRS filing.

Option B.Org, started in the wake of the unexpected death of Sandberg’s husband, Dave Goldberg, seeks to help people who’ve experienced adversity and loss, including survivors of abuse and sexual assault. The foundation also gives scholarships to graduates of KIPP schools, a network of charter schools in low-income neighborhoods, according to its most recent tax filing.

“We’re thrilled that Sheryl will be able to lean into the work of the foundation,” said Rachel Thomas, the co-founder and CEO of LeanIn.org. “Sheryl brought new energy to the conversation about women’s leadership, and she founded LeanIn.Org to do her part to advance women in the workplace. With Sheryl’s leadership, we’ve spent the last nine years working tirelessly to support the women in our global Circles community and break down the biases and barriers that hold women back. With more of Sheryl’s insights and energy, we’ll be able to do more, more quickly, and that’s exciting.”

‘She was part of an institution that has weakened our democracy’

Sandberg has been a lower-profile philanthropist than her boss, Meta CEO Mark Zuckerberg, who announced with his wife, Priscilla Chan, in 2015 that the couple would be donating most of their Facebook shares to charitable causes. In 2020 those donations included $300 million to voting-access groups, earning Zuckerberg criticism from the right that he was attempting to meddle in elections, as well as criticisms that his donations were attempting to heal a rift in American democracy that Facebook helped create by spreading misinformation in the run-up to the 2016 election.

Zuckerberg and Chan said earlier this year that the voting-related donations were a one-time gift that would not be repeated in upcoming election cycles.

Sandberg’s 2013 “Lean In” book was initially well-received for championing women in corporate leadership roles, but it was also criticized as being out of touch with most women’s experiences in the U.S. Reports that Sandberg oversaw an “aggressive” campaign to deflect criticism of Facebook further damaged her feminist credibility. “Sandberg offered herself up as a role model for working women, but now she’s looking more like a cautionary tale,” wrote one critic in 2018.

“Sheryl Sandberg’s impact on the industry in terms of paving the way for women is undeniable,” Leena Barakat, the incoming president and CEO of Women Donors Network, a 501(c)(3) organization with a national community of progressive women donors, told MarketWatch. “What’s also undeniable is that she was part of an institution that has weakened our democracy. She now has the opportunity and responsibility to invest in its restoration, starting with strengthening the infrastructure of our democracy and the power and capacity of proximate movement leaders in the field through her philanthropy.”

Sandberg, with an estimated net worth of $1.6 billion, according to Forbes, will join other high-profile women who’ve intensified their focus on philanthropy of late. The list includes Amazon AMZN, +3.15% founder Jeff Bezos’s former wife, MacKenzie Scott, and Microsoft MSFT, +0.79% co-founder Bill Gates’s ex-wife, Melinda French Gates. Following their divorces, each stepped up their philanthropic activity. Scott has handed out more than $12 billion in grants over the past few years to organizations across the U.S., most recently giving a $122.6 million grant to Big Brothers Big Sisters of America.

French Gates, who helped launch the Giving Pledge with her then-husband in 2010, reportedly said earlier this year that she will no longer be giving the bulk of her fortune to the Bill and Melinda Gates Foundation, and will instead divide her resources among other philanthropic initiatives, including her own Pivotal Ventures company.

Scott has been a supporter of Planned Parenthood, and gave the reproductive-services organization its largest-ever single gift, $275 million, earlier this year. French Gates has helped provide access to birth control worldwide through her work with the Bill and Melinda Gates Foundation, but the foundation doesn’t fund abortions directly.

Women-focused organizations receive a relatively small share of charitable dollars in the U.S. Just $8.2 billion in donations (1.9% of all charitable giving in the U.S.) went to organizations dedicated to women and girls in 2018, the most recent year for which data is available, according to research by the Women’s Philanthropy Institute at Indiana University’s Lilly Family School of Philanthropy.

That’s “a fraction” of the dollars “received by organizations in traditional nonprofit subsectors like education, health, and the arts,” the WPI report noted. (The research was funded in part by the Bill and Melinda Gates Foundation.)