Worried about future tax hikes? Read this before you convert your accounts to Roth Read More... 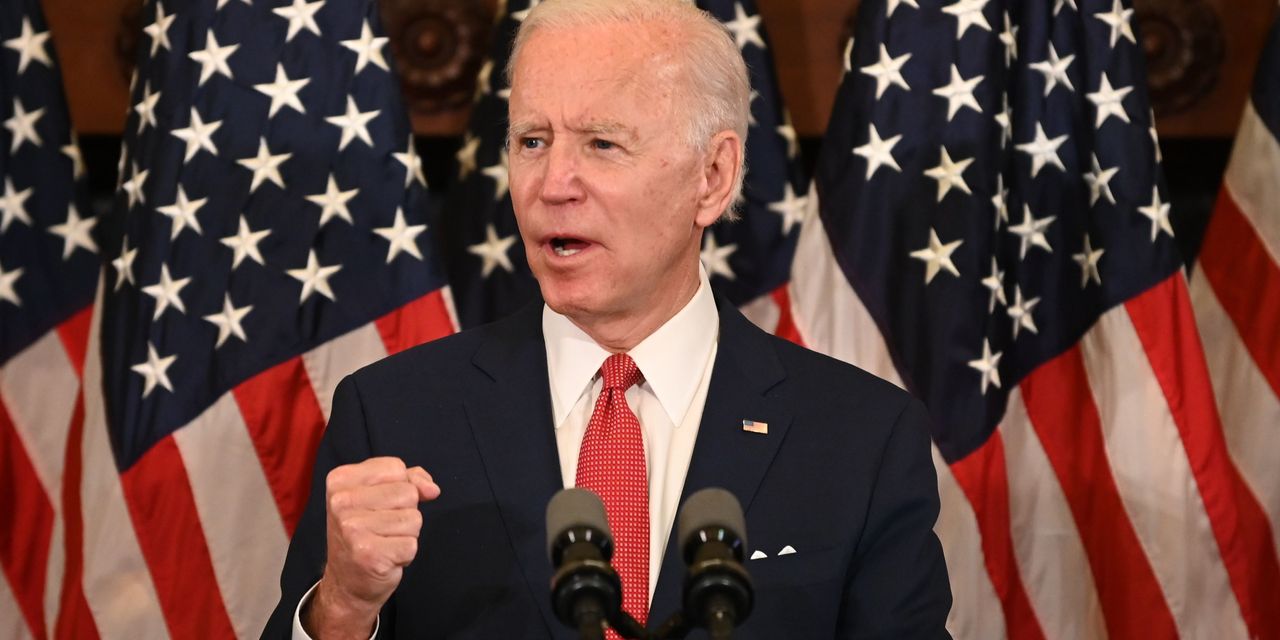 Some Americans may be preparing to convert their retirement assets into Roth accounts in response to President Biden’s future tax plans, but they should hold off before jumping into that decision.

Roth accounts serve a special tax purpose — they’re funded with after-tax dollars and thus, are distributed tax-free (compared with a traditional account, where the money is contributed and grows tax-free but is taxed at withdrawal). Roth conversions are similar — investors move the money from their traditional accounts into Roth accounts and pay the tax upfront. The Roth strategy is best when the individual is currently at a low tax rate, so that they aren’t paying too much to contribute or convert.

President Biden recently proposed a $2.3 trillion infrastructure plan, which would include raising the corporate tax rate from 21% to 28% to assist the country in paying for projects in transportation, water and broadband internet. A majority of chief executive officers — 98% — said this rate hike would have “moderate” to “very” significant effects on companies and their competitiveness, according to a Business Roundtable survey of its CEO members, which hail from companies including AT&T T, +0.67%, Apple AAPL, -0.25%, Delta DAL, -0.38% and Starbucks SBUX, +1.44%.

See: Thinking about taxes and your retirement? Try a Roth

Biden did not specifically mention tax rates for individual Americans, though he had said he would not raise taxes for anyone who makes less than $400,000 a year. Still, taxpayers seem worried, and are starting to move some of their money over to Roth accounts as a result.

“There’s a huge awareness that taxes will go up somewhere, somehow, some place in time,” said Stephen Resch, a wealth adviser and vice president of retirement strategies at Finance of America Reverse. “Preretirees are concerned and strategizing about how to mitigate their exposure.”

Some mid-60s retirees have been talking about Roth conversions when they never had before, Resch said, and other clients in their mid-50s are starting to use Roth 401(k) plans instead of traditional 401(k) plans. “There’s a change in their mind-set,” he said.

Whether Roth conversions are a good idea now or not depends on a few factors, other financial advisers said. There are a few questions an investor should ask himself, said Brian Schmehil, a certified financial planner and director of wealth management at The Mather Group, including: will the amount I’m converting be taxed at a lower rate now than it could be in the future, and do I have money outside of these accounts I can use to pay the tax liability so that the assets can continue to grow as if I hadn’t paid tax for the conversion?

Also consider what the income-tax rates will be depending on what state you live in at retirement, and what the tax rate will be when Social Security and required minimum distributions begin, Schmehil said.

“The potential tax increases from President Biden’s infrastructure plan just changes one of these variables,” Schmehil said. “The only people who should be converting solely based on the potential tax increases are households who will always be in the highest tax bracket and will have the same or higher state income-tax rate in the future. This will ensure they lock in historically low tax rates on their traditional IRA funds and reduce the risk of those funds being taxed at a higher rate in the coming years.”

Roth conversions aren’t a bad idea, but there are ways to make the most of this strategy, such as maxing out the investor’s tax bracket without spilling over into the higher rate, and paying for the tax liability outside of the account’s funds, said Scot Hanson, a certified financial planner at Educators Financial Services. Taxpayers should run these ideas by a qualified financial planner or accountant to make sure they’re maximizing their benefits.

Have a question about your retirement, including where to live? Check out MarketWatch’s column “Help Me Retire”

“Converting IRAs to Roth IRAs should be something everyone should consider regardless of President Biden’s plan or any other president’s plan,” Hanson said. “It should not matter who the president is or what party.”

Matt Stephens, a certified financial planner and founder of AdvicePoint, said he has been working with clients in the lower tax brackets to convert money to Roth accounts up to the max of the bracket as a way to “lock in” low rates. Here’s an example of an individual “filling up” their tax bracket: Take a single worker in the 12% tax bracket, earning $30,000 a year. The 12% tax bracket for single individuals is between $9,951 and $40,525 in 2021, so that investor would convert an amount equal to the difference of $30,000 and $40,525.

“The conversation is more acute now that tax rates are more likely to rise in the near future,” Stephens said. “We aren’t making final recommendations until we see what actually gets signed into law, but we’re definitely having the conversations now,” he said.

The Moneyist: My parents made my sister executor of their $4 million estate, and joint owner of their bank accounts. Should I be worried?
: More airlines fill middle seats — in direct opposition to CDC’s own advice on reducing COVID-19 exposure
Comment

Market Snapshot: Stocks set to snap back as Mnuchin says U.S. was ‘90% of the way there’ on China trade deal

Amazon in talks to launch tech program in Metro schools