Singapore on Thursday ordered Facebook and Twitter to carry a correction notice to users of the social media platforms in the country over what it says is a false statement about a new virus variant originating in Singapore. The ministry of health said it was aware of the statement circulating online on media outlets and social media platforms, which implied that a new, previously unknown variant of COVID-19 originated in Singapore and risked spreading to India from the city-state. The move came after Delhi Chief Minister Arvind Kejriwal said in a Twitter post this week that a new form of the virus that was particularly harmful to children had come to Singapore, and urged for a ban on flights. Read More... 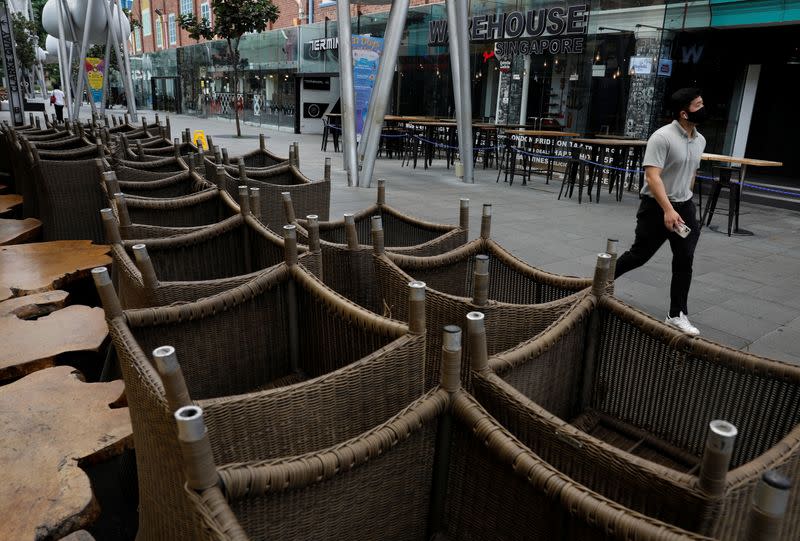 (Bloomberg) — Amazon.com Inc. was hit Wednesday with lawsuits from five women alleging harassment, discrimination and retaliation.The women, who have held jobs in the company’s headquarters, regional offices and logistics operations, are all represented by Wigdor LLP, the law firm representing a plaintiff in a high-profile discrimination and harassment lawsuit targeting Amazon and filed earlier this year.“These five people really represent a cross-section of employees,” said Jeanne Christensen, a partner with the firm. “We definitely saw a pattern in stories that we were being told.”Amazon spokesperson Jaci Anderson said the company was investigating each of the incidents detailed in the lawsuits and has found no evidence to support the allegations. “Amazon works hard to foster a diverse, equitable and inclusive culture,” Anderson said in an email. “We do not tolerate discrimination or harassment in any form, and employees are encouraged to raise concerns to any member of management or through an anonymous ethics hotline with no risk of retaliation.”The lawsuits come as Amazon, known for an aggressive and intense workplace culture, faces pressure to make life better for its workers. Shareholders are set to vote next week on a resolution, filed by the New York State Common Retirement Fund, urging the company to audit its impact on civil rights, equity, diversity and inclusion. Top shareholder advisory groups have recommended investors vote for the proposal.In April, Amazon publicly outlined goals to promote more women and Black employees, and in his final letter to shareholders as chief executive officer, Jeff Bezos pledged to focus more on workers’ well-being, saying “we need a better vision for how we create value for our employees.”In one of the lawsuits, filed Wednesday in federal court in Arizona, Tiffany Gordwin, who joined Amazon’s human resources group in 2019, alleged she “was treated like a second-class citizen by the majority of her supervisors, all White.” A Black woman, Gordon was rejected for promotions in favor of younger, less qualified White men, she says in the complaint.Emily Sousa, hired at Amazon last year as a shift manager at a Pennsylvania facility, says her manager made her “the target of constant harassment” and attempted to cultivate a sexual relationship. She was demoted and sent to another warehouse after rejecting his advances, she alleges in a complaint filed in federal court in Delaware.Diana Cuervo, a Latina and former manager in an Amazon warehouse in Everett, Washington, says she was terminated after complaining to human resources about a manager, Christopher Stoia, who she says subjected her to repeated racist remarks. Stoia did not immediately respond to requests for comment.Pearl Thomas, a Black human resources employee who worked for the Amazon Web Services cloud division at Seattle headquarters, said in a complaint that during a virtual meeting to discuss post-pandemic return to work plans, her manager Keith DurJava muttered the N-word before hanging up. DurJava did not immediately respond to requests for comment.And in a case filed in California, Cindy Warner, a gay woman hired in February 2020 for a senior role in Amazon Web Services’ professional services group, says she was targeted for abusive and sexist treatment by “a boys’ club where predominantly White male executives jealously guard their sphere of influence.” Warner, who was fired in April, is alleging violations of equal pay laws. She alleges her supervisor Todd Weatherby passed her over for promotions in retaliation for her voicing concerns about gender discrimination in the department. Weatherby didn’t immediately respond to requests for comment.(Updates with details about allegations starting in the eighth paragraph.)More stories like this are available on bloomberg.comSubscribe now to stay ahead with the most trusted business news source.©2021 Bloomberg L.P.

: CEO of TikTok parent ByteDance to step down
End of an era: Microsoft’s Internet Explorer to be retired next year
Comment