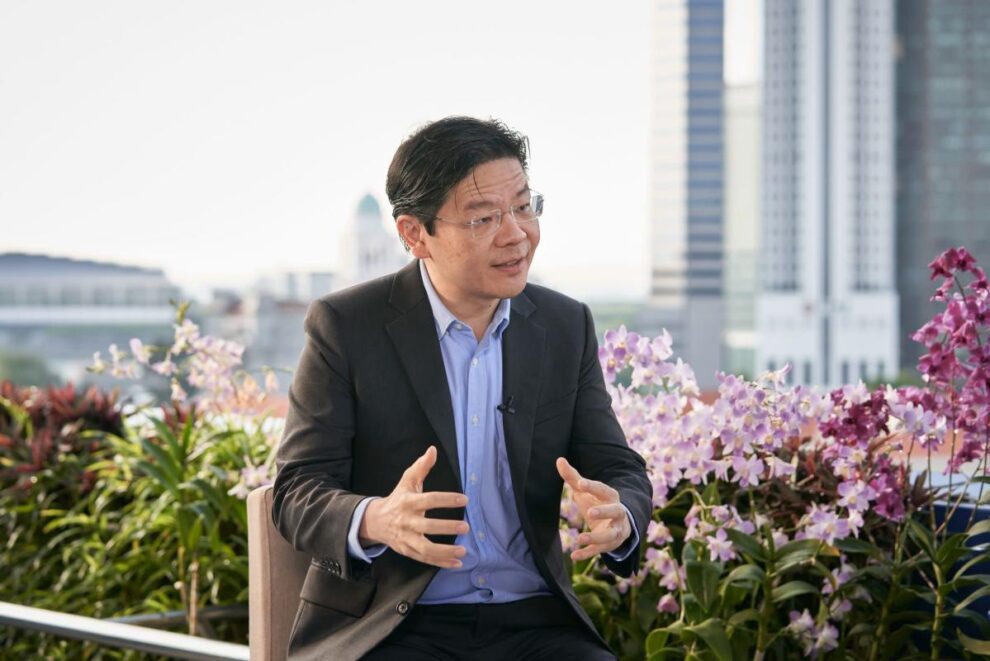 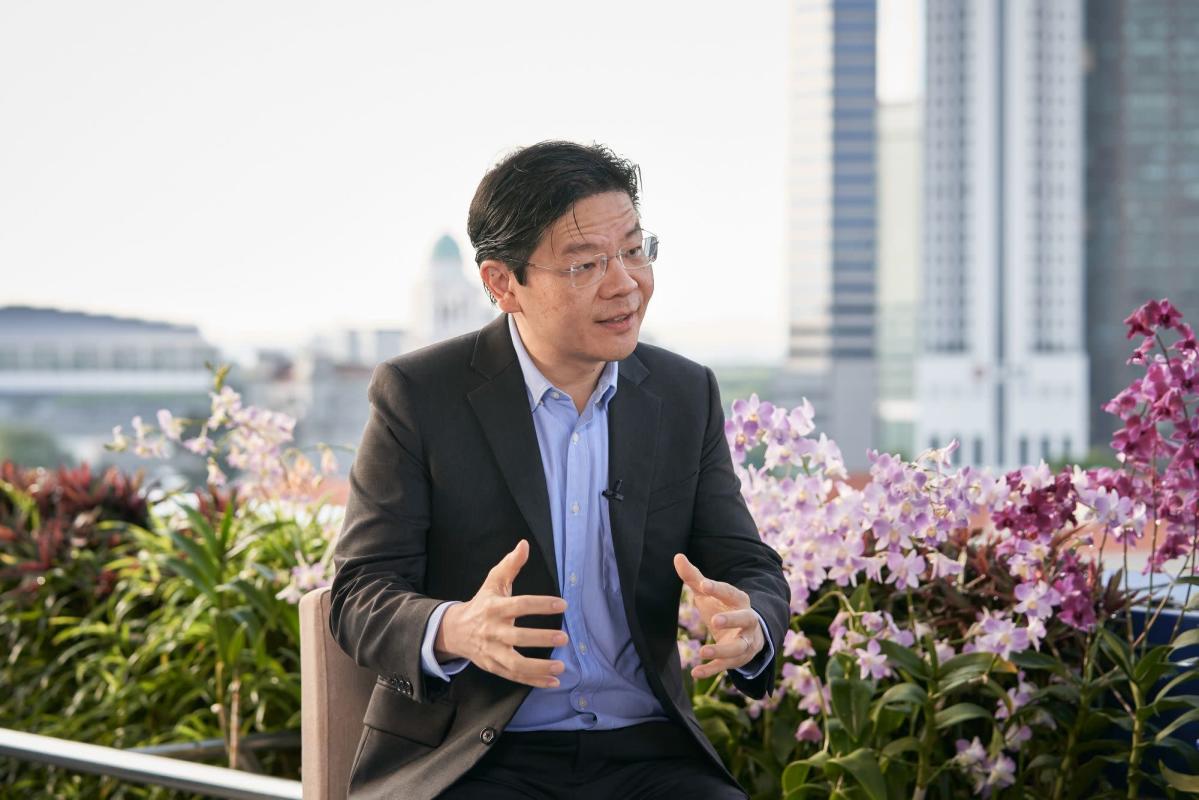 (Bloomberg) — In Asia’s wealthiest nation, where the education system is among the world’s best, Singapore’s prime minister-in-waiting has appeared surprisingly unassuming.

Born to a roofing sales executive, Lawrence Wong — named a deputy prime minister in a cabinet reshuffle on Monday — chose to attend a public university in the U.S. for undergraduate studies under a government scholarship. The 49-year-old didn’t immediately make it into the elite administrative service — known as a breeding ground for future leaders — though he was accepted later after working as a civil servant, according to people familiar with the matter.

As education minister years later, Wong urged students not to obsess over their grades in an official video posted on YouTube. “It didn’t matter then and it doesn’t matter now,” said Wong, who also holds a master’s degree from Harvard University.

Several years ago, when some top members of the ruling People’s Action Party casually asked Wong if he has any intention in becoming prime minister, he told them no, according to the people, who asked not to be identified discussing private conversations. Although the party settled on Heng Swee Keat back then, Wong impressed some leaders who saw Wong as someone who wasn’t power hungry, they said.

Once Heng dropped out of the race, Wong’s down-to-earth approach and calm handling of Singapore’s pandemic response helped him build trust within the PAP — and now has him positioned to become just the city-state’s fourth leader since independence. His background and personality sets him apart from Singapore’s founder Lee Kuan Yew, a stern disciplinarian, as well as his son Lee Hsien Loong, who attended Cambridge University and rose through the military ranks to become a brigadier-general.

In many ways, Wong’s rise reflects the changing face of the city-state: The days of seemingly free-wheeling, make-it-or-break-it capitalism are evolving into an increasing focus on providing a social safety net for the working class and relying less on foreigners for higher-paying jobs.

“His style will have to be even more consultative as that’s what Singaporeans want,” said Eugene Tan, a political analyst and law professor at Singapore Management University. “He will likely come across as a leader who is comfortable with emoting and personable,” he said, adding that “we can expect him to be tough when the situation calls for it.”

In his first press conference in April after being designated as the head of the so-called fourth generation of leaders, or 4G, Wong said he’s “always been realistic” about his own abilities and strengths, adding that he “never hankered for post, position or power.”

For more on Singapore’s politics:

Wong’s rise is similar to that of former prime minister Goh Chok Tong, who succeeded Lee Kuan Yew. Like Wong, he also wasn’t the first choice to lead: The elder Lee wrote in his book that Goh was malleable, saying he “would try to please you“ and “you might get him to make some concessions.”

Still, Lee Kuan Yew saw it as an advantage for Goh to be chosen by his colleagues rather than simply appointed for the role, as it would give everyone a stake in his success. In a similar vein, the ruling PAP disclosed that Wong had been chosen as Lee Hsien Loong’s successor by 15 out of 19 fourth-generation leaders following an internal party consultation process.

Yet while Goh was largely seen as a stopgap for Singapore until Lee Hsien Loong eventually took power, Wong is heading into uncharted territory: None of the prime minister’s four children are obvious potential leaders down the road. And the party is coming off its worst election performance in terms of parliamentary seats since the country’s founding, even as it still remains dominant.

The best lesson Wong can learn from Goh is to “be his own man” and not try to copy or rebel against his predecessor, according to Peh Shing Huei, author of two biographies of Goh and a former editor of the Straits Times, Singapore’s main newspaper. At the same time, he added, Wong is more likely to uphold the status quo rather than make a “dramatic change” to the party that has ruled Singapore uninterrupted since its founding,

“His colleagues chose him because he has shown himself to be a steady pair of hands during the pandemic,” Peh said. “The 4G did not choose Mr Wong because they thought there was something wrong with the present system which needed fixing.”

Like the majority of Singaporeans, Wong was brought up in public housing estates. His father hailed from China, and traveled as a teenager from the southern island of Hainan to British-controlled Malaya to help his grandfather as a chef’s assistant on the railways. In a Facebook post last year paying tribute to his father, Wong described him as part of Singapore’s “generation of pioneers who persevered against tough odds with determination and grit.”

During his childhood, Wong was once bound up and held at knife-point as his home was ransacked by thieves — a story he later recounted as education minister to a shocked student. He eventually went on to obtain a government scholarship to join the civil service, and soon found himself in the Finance Ministry.

Lim Siong Guan, a former permanent secretary at the ministry whom Wong saw as a mentor, described him as “serious, reliable, thorough, questioning, imaginative, always looking out for Singapore.”

Wong rose through the ranks until he eventually became a principal private secretary to Lee Hsien Loong, where he had a front-row seat during the 2008 global financial crisis when the government moved quickly to stabilize Singapore’s reeling economy. That experience helped Wong steer the nation through the pandemic as co-chair of a panel responding to Covid-19, with his matter-of-fact approach allowing him to deliver difficult messages in a way that built trust with the public.

After Heng stepped down as successor last year, Wong became finance minister and began implementing some more worker-friendly policies. In his maiden budget this February, Wong raised taxes for the wealthiest 1% as well as consumption levies and hiked minimum pay requirements for expatriates. He has also used social media extensively to appeal to younger voters, using TikTok videos to broach subjects like the annual budget.

Still, opposition parties criticized Wong’s call for a hike in the goods-and-services tax as a tax on ordinary people. One of them, the Singapore Democratic Party, called Wong “substantively no different from his colleagues in terms of his outlook for our country.”

“If unable to imagine enlightened governance– one that relies on openness and democracy instead of its archaic practice of intimidation and manipulation — Mr. Wong is likely to continue to lead Singapore without clear direction,” the party said in a statement after Wong’s appointment.

Not everyone agrees. Gillian Koh, deputy director of research at the Institute of Policy Studies in Singapore, sees Wong leading a “massive retuning of policy to left of center to shore up the sense of security.” His challenge now will be strengthening his international standing, she said.

“He certainly comes across as someone who is sincere, humble, has integrity, mostly pleasant to interact with,” said Koh, who has written about the country’s politics for years. “He has his colleagues’ confidence, and that is an important asset in the proofing process of becoming Singapore’s 4G PM.”