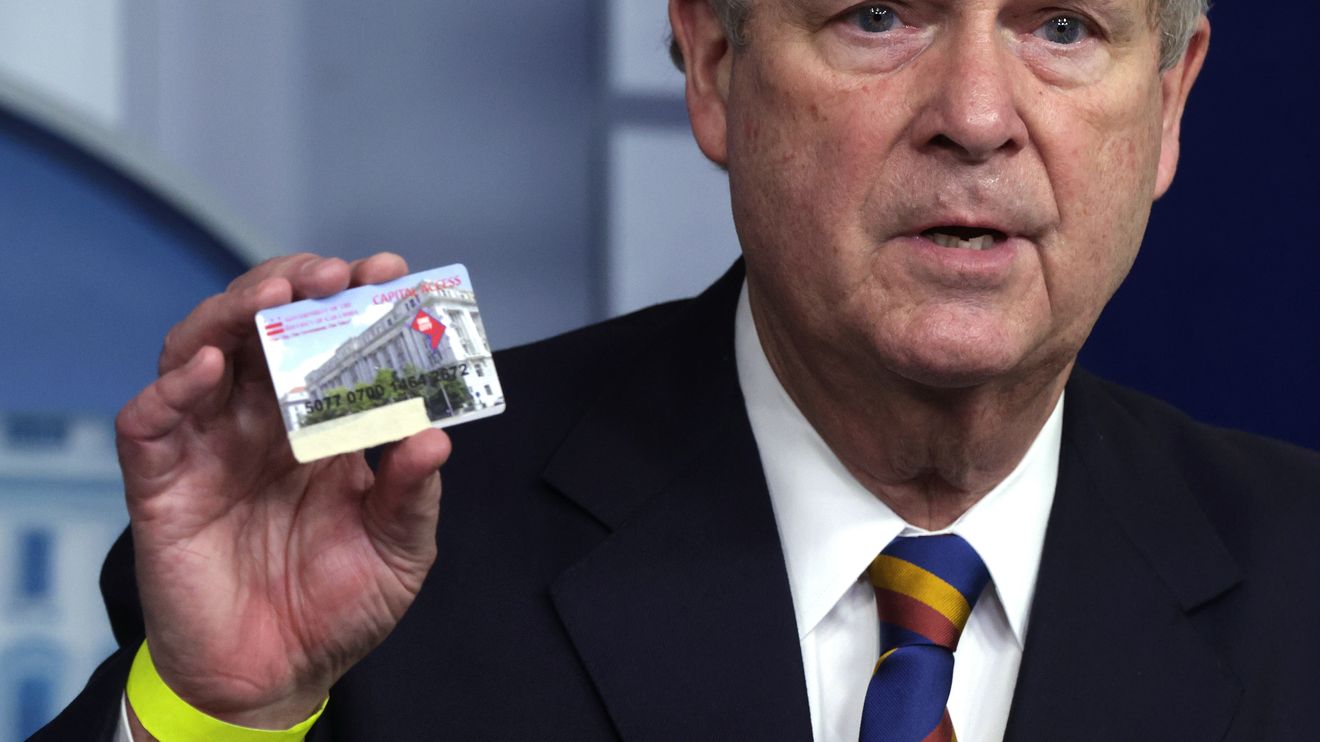 The 42 million Americans who rely on government help to pay for food will see the biggest-ever increase in their benefits starting in October, but some experts say it may not be enough to help hungry households put food on the table.

The U.S. Department of Agriculture on Monday announced the largest-ever increase in Supplemental Nutrition Assistance Program benefits, formerly known as food stamps. The increase will amount to 25% more per month compared to what recipients got before the pandemic.

That works out to a total of $157 in food benefits per person on average each month, a $36 monthly increase from before the pandemic, according to the USDA.

But it still may fall short of what many American families need in order to put food on their tables, said Diane Schanzenbach, director of the Institute for Policy Research at Northwestern University.

The average cost of groceries for a U.S. household was roughly $387 a month in 2019, NerdWallet reported.

How many people rely on SNAP benefits?

In February 2020, prior to the widespread onset of the coronavirus pandemic in the U.S., nearly 37 million people relied on SNAP benefits. As of May 2021, 42 million did, according to the latest figures from the USDA.

Meanwhile, food prices have been on the rise, increasing by 3.4% in July 2021 compared to July 2020, according to the latest Consumer Price Index report.

All SNAP recipients got a temporary 15% boost in their benefits during the pandemic as part of pandemic relief packages. That increase is set to expire at the end of September.

“The timing of the USDA’s announcement is vital,” said researchers at the Urban Institute, a liberal-leaning think-tank. Without the increase, “families receiving SNAP benefits would have faced a significant reduction in resources to buy food,” they added.

Before the increase, Urban Institute researchers estimated that the maximum SNAP benefit “fell short of covering the average cost of a modestly priced meal in 96% of U.S. counties in 2020.” The new increase “will reduce the share of counties with a SNAP meal cost gap to only 21%,” the researchers said.

“Though many food-insecure households remain ineligible for SNAP, today’s policy change is a huge step forward in maximizing the effectiveness of one of the nation’s most powerful antihunger strategies.”

Even with the pandemic-related increase in SNAP benefits, some 17.7 million households reported they sometimes or often didn’t have enough to eat in July 2021, according to data from the U.S. Census Bureau’s Household Pulse Survey.

“ Some 17.7 million households reported they sometimes or often didn’t have enough to eat in July 2021, according to the U.S. Census Bureau’s Household Pulse Survey ”

The USDA said that the new SNAP benefits were calculated taking into account “current food prices, what Americans typically eat, dietary guidance, and the nutrients in food items.”

“For example, the revised plan includes more fish and red and orange vegetables to align with recommendations in the Dietary Guidelines for Americans, 2020-2025,” the USDA said in a statement published on Monday.

“ ‘Lots of families have teenagers who consume more food and cost more. These families will still face an inadequate SNAP amount, but just much less so’ ”

To calculate food costs, the USDA uses a reference family of four “consisting of a man and a woman, both age 20 through 50 and two children, one age between 6 through 8 and one age 9 through 11.”

“Lots of families have teenagers who consume more food and cost more,” Schanzenbach told MarketWatch. “These families will still face an inadequate SNAP amount, but just much less so.”

SNAP benefits help feed one-in-eight Americans, according to the USDA.

The majority of SNAP recpients are employed “but don’t earn enough on their own to pay for everything they need,” said Schanzenbach, whose research focuses on food adequacy in the U.S.

In fact more than 75% of households who received SNAP benefits in 2018 had at least one working adult in them, according to a 2020 report published by the U.S. Census Bureau. In 2017, 25% of SNAP recipients had no high school diploma; 7.6% had college degrees, according to the Census Bureau.

“A little more than half of the remainder are elderly or disabled folks” who are “typically long-term recipients because their incomes don’t tend to fluctuate,” Schanzenbach.

The increase in SNAP benefits won’t feel “earth shattering” for most families, but it “will help them pay for the healthy foods they need,” Schanzenbach said.

NewsWatch: Will Taliban takeover of Afghanistan tarnish the U.S. dollar and other assets?
: Biden: Collapse of Afghanistan’s government shows U.S. withdrawal ‘was the right decision’
Comment

Here’s how to play the trade war with ETFs