And would it be hard to implement? Experts weigh in. Read More... 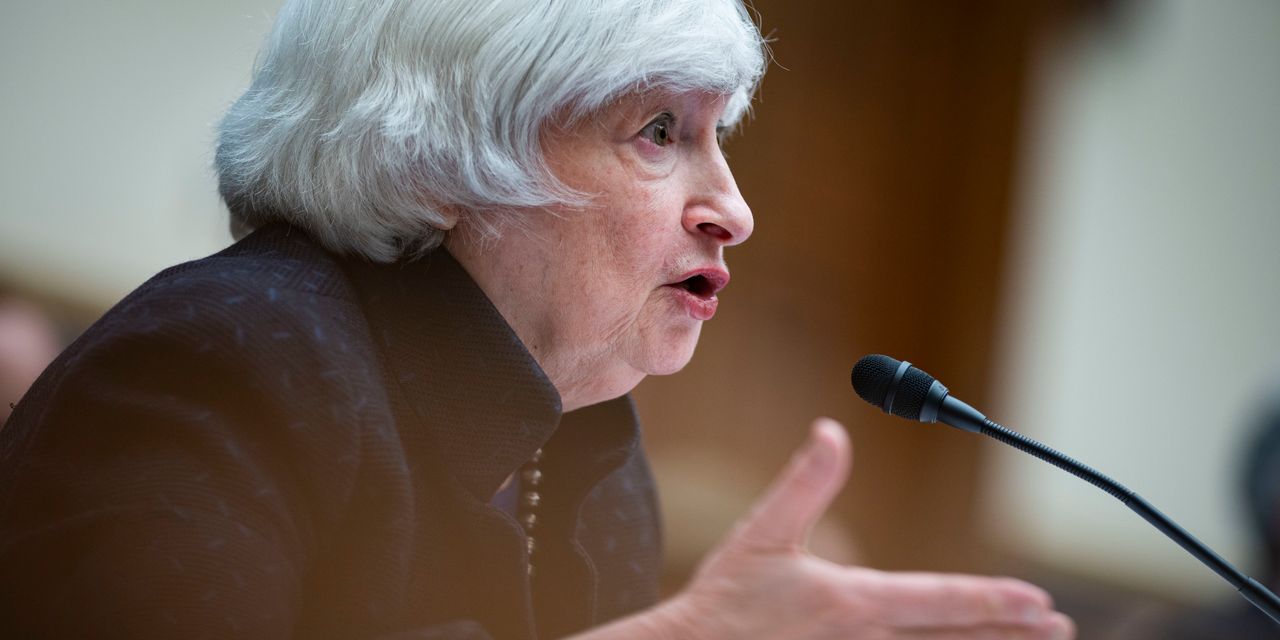 The prospect of a new “billionaires tax” is dawning while the chances dim for income tax and capital gains rate hikes on the rich. Democrats, meanwhile, continue to work out how to pay for a bill aimed at the social safety net.

The tax would apply to households worth at least $1 billion, or with three straight years of income over $100 million, according to the Wall Street Journal.

Although Sen. Ron Wyden of Oregon, chair of the Senate Finance Committee, has been working on the topic for years, it remains to be seen what specifically will be proposed for a spending bill that can’t afford any Democratic defectors.

Here’s what we know now:

The way it currently works, an event like an asset’s sale — or, in tax-speak, a “realization” — is the time when the Internal Revenue Service swoops in to assess a capital gains tax on a rich person’s portfolio.

That means large sums of wealth, like publicly-traded securities or privately-held businesses, might be gaining value and going untaxed because the owners can afford to sit on them and let the money grow.

“I wouldn’t call that a wealth tax, but it would help get at capital gains, which are an extraordinarily large part of the incomes of the wealthiest individuals,” she added.

The proposal would calculate the paper gains in wealth — at a set point in time like the end of the year — through a so-called “mark-to-market” approach, explained Howard Gleckman, senior fellow at the Tax Policy Center. “You’re marking the value of the asset to the market,” he said.

Corporate equities generate 40% of the wealth that flows to the top 0.01% of America’s households, according to recent research. But in the so-called “buy, borrow, die” strategy, the super-rich can get loans against the paper gains in their portfolios and then pass on the appreciated assets.

The existing “step-up-in-basis” provisions help inheritors by resetting the “cost basis” to when they receive the asset, and that can greatly shrink the tax bill if there’s ever a future sale.

What assets are subject to this treatment?

All kinds of assets growing in value can be subject to capital gains tax if there’s a sale. But how can the taxman determine what the value at a set point in time may be if there’s no sale to take into consideration?

With publicly-traded stocks, “doing that calculation is very simple,” Gleckman said. “Where this really matter is a privately held business … The valuation problem is the big problem,” he later added.

Unless there are any changes, there’s a good chance the mark-to-market accounting at issue will only apply to publicly traded securities, said David Gamage, an Indiana University Maurer School of Law professor who specializes in tax policy and has previously met with Wyden’s office.

“We know what they are thinking and generally planning, but we don’t know the specific language,” he said.

To be clear, Wyden — whose office could not be immediately reached for comment — has been talking for a long time about levying yearly taxes on unrealized gains.

The question of which assets are subject to this annual taxation is a major one — in addition to how the rule will treat capital losses in a given year, according to Garrett Watson, senior policy analyst at the Tax Foundation. Some clues on what may lie ahead are contained in Wyden’s 2019 proposals on unrealized gains, Watson said.

“Applicable taxpayers would be required to annually pay income taxes on unrealized gains and would be able to take a deduction for unrealized losses from tradable property,” according to the proposal. It also said at the time a “lookback charge” would apply when non-tradable assets get sold.

Pretty much every country in the developed world taxes capital gains — following the time of sale, said Watson, noting there’s a narrow exception in the Netherlands.

“It’s an untested idea,” Watson said. “There’s a lot of risk in terms of design and concept,” he said.

In America, broker-dealer companies already have to do this kind of accounting when they evaluate the value of their inventory when they pay their taxes, Gleckman said. But “for individuals, it’s a very new regime and it’s going to raise a lot of questions,” he added.

In the current tax-hike debate, the uproar over a reporting proposal that would make banks report cash flow information above a certain amount (first $600 and now $10,000), shows the feasibility of tax ideas can get people fired up.

One line of argument for critics of the reporting proposal is that it would unnecessarily rope in regular taxpayers and put an administrative burden on financial firms.

But the mark-to-market approach is an easy lift under the circumstances, Gamage said.

If lawmakers wanted this approach for a larger set of taxpayers, that would be a “giant administrative burden for the IRS,” he said. But if the rules just apply to the small sliver of billionaires, that’s “very minor in the scheme of things.”

Gamage, an Obama-era special counsel to the Treasury Department’s Office of Tax Policy from 2010 to 2012, is awaiting specifics. But in his view, “they are picking the easiest version of this reform.”

: How the Alec Baldwin shooting could affect American’s views on guns: ‘People are injured and die by firearms in so many different situations’
The Moneyist: My mom had my grandfather sign a trust leaving millions of dollars to two grandkids, shunning everyone else
Comment

The Moneyist: ‘I am planning on retaining a lawyer’ — My mom left her entire estate to my stepfather, so how can I claim what is rightfully mine?

Point/Counterpoint: The Case for FAANG Stocks