If you're one of them, expect to pay 14-year record high gas prices over the holiday weekend. Read More... 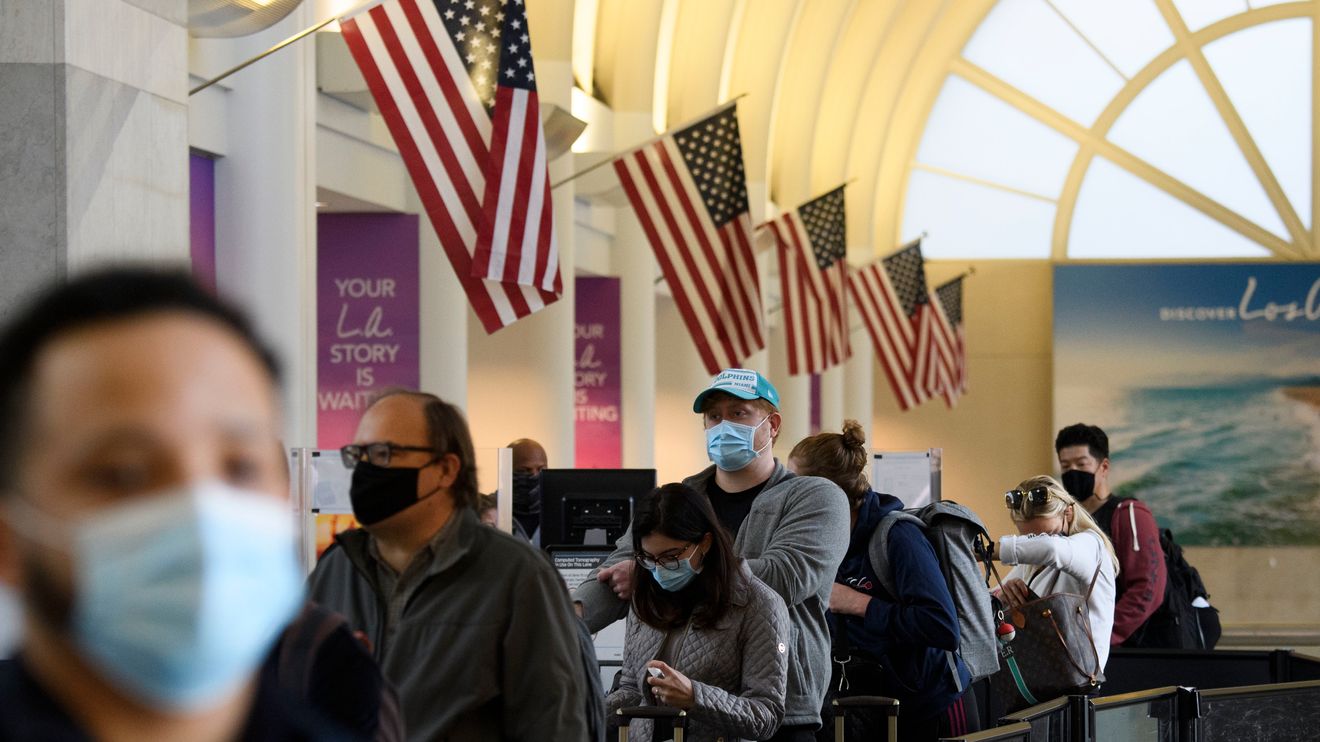 Some 48 million Americans are hopping on trains, planes and automobiles over the July 4 weekend. Most, it seems, will be traveling by road.

That’s a nearly 40% jump from last year when 34 million Americans visited family on the federal holiday during the height of the coronavirus pandemic, many against the advice of health professionals, according to data from AAA.

Still, the expected number of travelers is trailing below 2019 when some 49 million Americans, a record-high, traveled over the holiday.

The resurgence in travel comes as more than half of the total U.S. population has received at least one dose of a COVID-19 vaccine, as of Tuesday, according to data from the U.S. Centers for Disease Control and Prevention.

It also comes as Americans are confronting 13-year record high levels of inflation.

Americans paid 5% more overall for goods and services last month compared to May 2020, according to data from the latest Consumer Price Index.

The 43.6 million Americans planning road trips for July 4 will face the most expensive gas prices since 2014, according to AAA. They can expect to pay $3 a gallon, on average nationally.

Travelers are fully aware of the record gas prices and are “likely to look for more free activities or eat out less, but still take their vacations as planned,” said Jeanette McGee, a AAA spokesperson.

Daily car rental rates this Independence Day are 86% higher compared to the same period last year, topping out at $166, according to AAA.

The rise in rates is being driven by the global chip shortage — making it more expensive for rental car companies such as Hertz HTZGQ, -1.00% and Avis CAR, -0.80% to purchase more vehicles to meet growing demand.

And if you’re thinking you might catch a break on hotels, think again.

Mid-range hotel rates are set to cost between $156 and $398 a night on average — that’s over 30% more than what consumers paid for hotels last year, according to AAA.

Many people still express reluctance about flying due to the high fares, lack of direct routes to many locations and the threat of COVID-19 variants.

In the meantime, some people have come up with some creative solutions to at least some of these problems related to road travel.

Over Memorial Day weekend, one traveler MarketWatch spoke to ended up renting a U-Haul UHAL, +0.94% truck instead of a rental car to venture through Maui as a result of the rental car shortage.

The traveler, Matt Landau, said he saw daily rates for a normal sedan between $400 and $500, “if you could even get one — most were sold out.” He paid approximately $100 daily rate, plus mileage and gas.

Asia Markets: Asian markets gain as U.S., China agree to go back to the negotiating table

Salesforce.com (CRM) Outpaces Stock Market Gains: What You Should Know