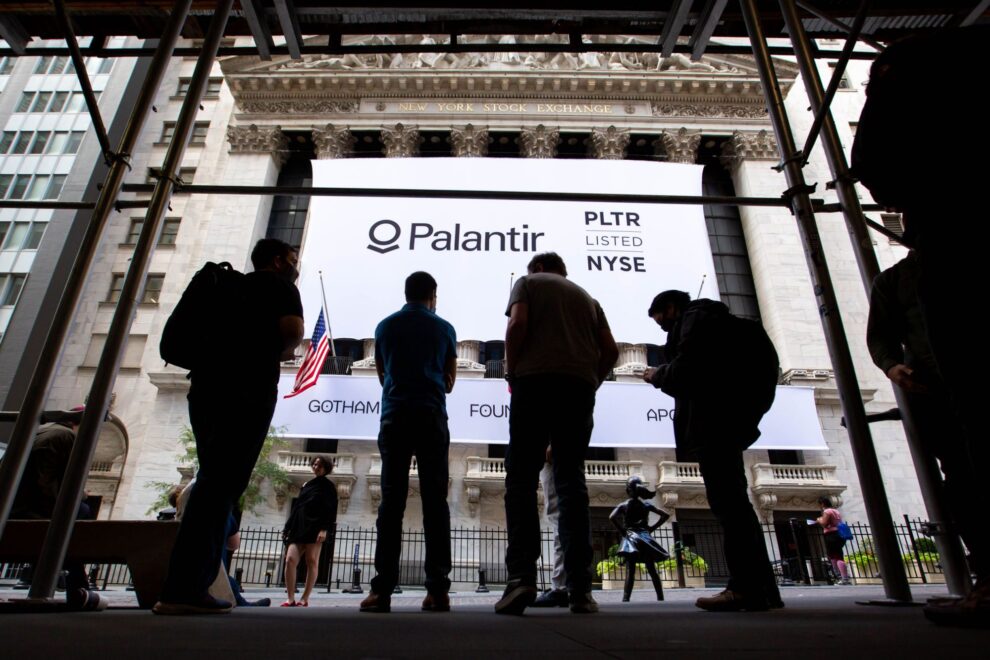 (Bloomberg) -- Soros Fund Management, which revealed that it owned 18.46 million shares of Palantir Technologies Inc., said it made the investment in the data-mining company in 2012 and wouldn’t do the same again today.“SFM made this investment at a time when the negative social consequences of big data were less understood,” the firm said in a statement Tuesday. “SFM would not make an investment in Palantir today.”George Soros’s investment firm disclosed the holding in its latest 13F regulatory filing late Friday with the U.S. Securities and Exchange Commission. The position was worth $175 million at the end of the quarter.Soros explained in a note posted on the Open Society Foundations website that the money manager who originally made the investment is no longer employed with the investment firm. The position in Palantir was converted into publicly traded shares when Palantir, co-founded by Peter Thiel, became listed on the New York Stock Exchange in September.Soros has sold all the shares it’s permitted to sell at this time and will keep selling, according to the statement. “SFM does not approve of Palantir’s business practices,” the firm said.Soros, 90, has used his vast wealth to become one of the world’s largest funders of groups promoting justice, democracy, human rights and progressive politics through his Open Society Foundations. He’s poured billions into his philanthropic efforts, and most of his firm’s assets now belong to the foundations rather than to the Soros family.In recent years he’s taken a more aggressive stance on tech companies and artificial intelligence. He has slammed Facebook Inc. and Google, comparing the social-media giants to gambling companies that foster addiction among users and saying they exploit the data they control. In 2019, at the World Economic Forum in Davos, Switzerland, Soros warned of the “mortal danger” of China’s use of AI to repress its citizens under the leadership of Xi Jinping.Over the years the financier’s investments have conflicted with this philanthropic philosophy. His funds have at various times owned stakes in gun manufacturers and coal companies.Palantir relies on contracts from government entities, including the U.S. Department of Defense and the Central Intelligence Agency, for much of its revenue. The company has drawn criticism from human rights activists for selling software that facilitates the deportation of immigrants and aggressive policing. Its data-scraping has also raised concerns among privacy advocates.The stock has more than doubled in value since it went public.(Updates with Soros warning on artificial intelligence in seventh paragraph.)For more articles like this, please visit us at bloomberg.comSubscribe now to stay ahead with the most trusted business news source.©2020 Bloomberg L.P. Read More...

Outside the Box: My grandson says my financial adviser is steering me wrong and double-charging me. What should I do?