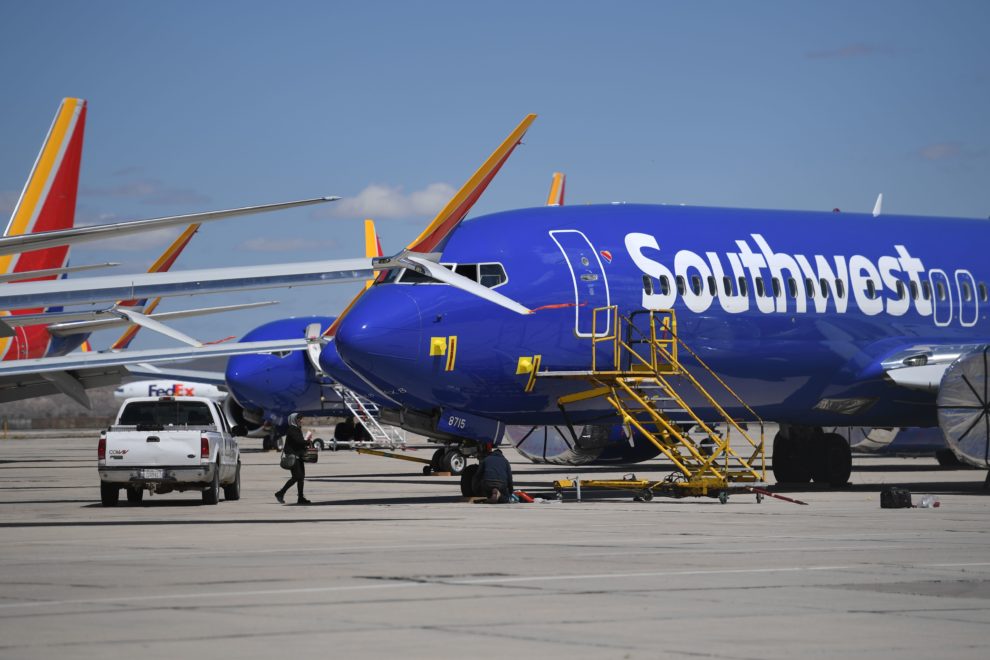 Southwest expects damages from the Boeing 737 Max grounding to grow into next year. Read more...

Southwest Airlines Boeing 737 MAX aircraft are parked on the tarmac after being grounded, at the Southern California Logistics Airport in Victorville, California on March 28, 2019.

Southwest Airlines shares jumped nearly 5% on Thursday after the low-cost carrier posted higher revenue and profit in the third quarter but warned the financial hit from the Boeing 737 Max grounding would keep rising into 2020.

Southwest’s sales rose just over 1% to $5.64 billion, in line with analyst estimates. Net income rose 7% to $659 million from the year-earlier period to hit a third-quarter record. Third-quarter adjusted earnings came in at $1.23 per share, above analysts’ expectations of $1.08 a share.

The grounding of the 737 Max, the result of two crashes, one in Indonesia in October 2018 and another in Ethiopia in March that claimed 346 lives, is now in its eighth month. Boeing has prepared software fixes for the planes after a flight-control system was implicated in both crashes, but regulators haven’t yet signed off.

The flight ban has forced airlines like Southwest and American to curb their growth plans for the year and has taken a bite of their revenue, but the limited capacity has helped boost fares.

The airline is the largest operator of the 737 Max, with 34 in its fleet at the time of the worldwide grounding in mid-March, in the wake of two fatal crashes.

CEO Gary Kelly told CNBC’s “Squawk on the Street” that the company is “not happy” with the issues surrounding the Max. He reiterated that the carrier would examine other types of aircraft to counter risk from its all-Boeing 737 model, but has previously said such a transition would take years.

Boeing on Wednesday restated its forecast that regulators will remove the ban on the planes before the end of the year. The manufacturer has developed software changes for the planes after a flight-control system was implicated in the crashes, but regulators haven’t signed off on the fixes.

Kelly warned that even if the FAA lifts the ban before the fourth quarter, the carrier would need one to two months to complete pilot training and other steps to get planes ready for passengers.

“The FAA will determine the timing of MAX return to service, and we offer no assurances that current estimations and timelines are correct,” Kelly said in a release.

Boeing in the second quarter took a $4.9 billion after-tax charge to compensate airlines but final amounts are unknown because regulators haven’t yet lifted the grounding.

“We have not reached a settlement with Boeing, and no estimated settlement amounts have been included in our third quarter 2019 results,” Kelly said. 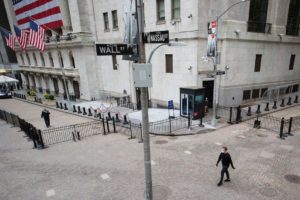 Deep Dive: Only one stock in the Dow rose during the first quarter — and it was up by only one penny 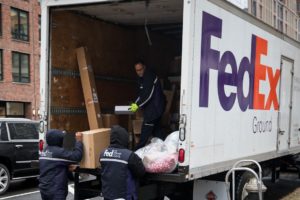 Deep Dive: These 60 large U.S. companies are ‘susceptible to a dividend cut,’ according to Jefferies 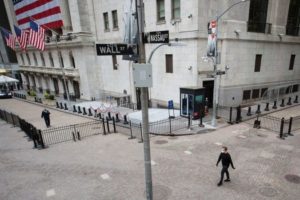 In One Chart: Coronavirus may be smaller risk to Chinese manufacturing than feared, says JPMorgan