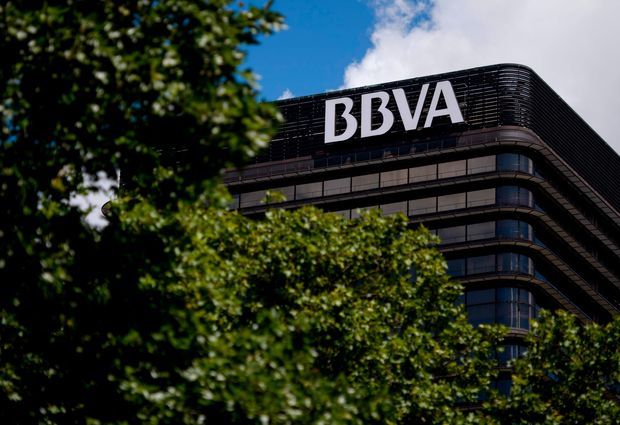 European banks are under pressure to consolidate to cope with ultralow interest rates. Read More...

BBVA, Spain’s second biggest bank, said late on Monday that it is in talks with its smaller rival, as negative rates in Europe accelerate the pace of deal making among lenders in the region.

The talks come just hours after BBVA BBVA, +12.56% struck a deal to sell its U.S. business to PNC Financial Services Group PNC, +2.85% for $11.6 billion in cash, triggering speculation that it would use the cash to buy a smaller rival.

Read: PNC Will Pay $11.6 Billion for BBVA’s U.S. Unit in One of the Biggest Bank Deals Since the Financial Crisis

Both BBVA and Sabadell SAB, +3.79% said the talks were ongoing and no decision had been made on whether a transaction would go ahead.

“The entities have initiated a reciprocal due diligence review process as is customary in this type of transactions and have appointed external advisers,” BBVA said in a stock exchange filing.

It also noted that no decision has been made in relation to the potential merger and that there is no certainty as to whether any such decision will be made or what the terms and conditions of a potential deal are.

If the deal goes ahead, it would create a bank with almost €600 billion in assets in Spain, with a combined market value of €26.8 billion based on Monday’s closing share prices of the two banks.

Spanish banks have come under increasing pressure to consolidate to cope with ultralow interest rates in the eurozone and rising bad debts as they look to weather the impact of the COVID-19 pandemic. That has forced them to focus further on cost cuts, including through mergers.

European banks face over €400 billion ($475 billion) of credit losses in the next three years, consulting firm Oliver Wyman said in a report published in July, adding that this figure could double to €800 billion in the case of a second comprehensive lockdown.

Read: More European bank mergers on way says Deutsche Bank, as it prepares to shut one in five branches

In September, CaixaBank CABK, -0.87% agreed a €4.3 billion deal to buy state-owned Bankia BKIA, -0.33% in a deal that would create Spain’s biggest domestic lende,r with assets of more than €650 billion.

Two other Spanish banks — Unicaja UNI, +1.13% and Liberbank LBK, +3.78% — said in October they were also in talks, in what would create Spain’s fifth-largest lender with more than €100 billion in assets.

Analysts at ING said that BBVA’s merger with Banco de Sabadell BNDSY, +48.04% would improve especially the market share of the combined bank in Spain.

“This would allow it to answer perhaps better to the increased competition from the part of the CaixaBank/Bankia combo,” they wrote, in a note to clients, adding that the a merger with a stronger and larger rival should be especially supportive for Banco de Sabadell’s credit ratings.

Jefferies analysts said there are strategic arguments in favor of a BBVA-SAB tie-up, including providing BBVA with a broader small or medium sized enterprise footprint and strong market share across Spanish regions.

“There are also complications, including TSB (SAB’s U.K. business) and potential competition questions in Catalonia,” the analysts noted.

The Fed: ‘As usual, Powell let us down,’ Trump tweets after Fed fails to back stronger monetary easing

The Moneyist: My husband wrote a secret will when our marriage was on the rocks, but we’re in a better place. Should I quietly write one too?