Olympic athletes will not be allowed to take a knee, raise a fist or otherwise protest on fields of play or medal podiums, the International Olympic Committee said Wednesday, in an announcement upholding its current ban on political demonstrations. Read More... 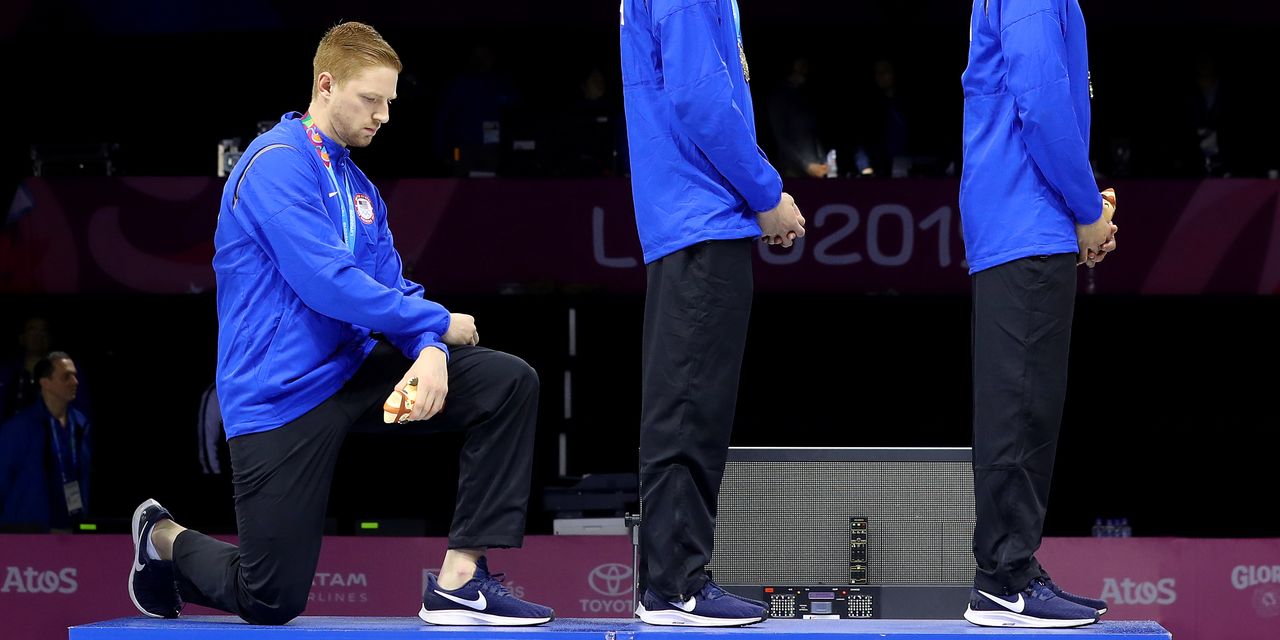 Olympic athletes will not be allowed to take a knee, raise a fist or otherwise protest on fields of play or medal podiums, the International Olympic Committee said Wednesday, in an announcement upholding its current ban on political demonstrations.

Olympic athletes have long been prohibited from making political statements or protests at the Summer or Winter Games, but the IOC re-examined the issue in an 11-month study after a new wave of activist athletes have taken public stands on issues ranging from sexism to racism to human rights.

But to “protect the neutrality of sport,” the IOC said the rule will remain unchanged, after a poll of more than 3,500 athletes from 185 countries found 70% believed protests were inappropriate on the field of play, and 67% opposed protests on medal stands.

“The IOC AC is very concerned about the risk of politicisation of the athletes and the risk that athletes may be put under external pressure,” the organization said in a statement. “It is important to protect athletes from the potential consequences of being placed in a position where they may be forced to take a public position on a particular domestic or international issue, regardless of their beliefs.”

The IOC and its Athletes Commission said they are “fully supportive of the freedom of expression,” but said protests or political statements are more appropriate during press conferences and interviews, at team meetings, or on social media.

“The goal of this wide outreach was to engage with athletes and hear their thoughts on existing and new opportunities to express their views at the Olympic Games as well as outside Games time,” Kirsty Coventry, a former Olympic gold-medal-winning swimmer and current chair of the IOC Athletes Commission, said in a statement. “We want to amplify the voices of athletes, and find more ways to support the values of the Olympic Games and what sport stands for.”

The IOC did not specify how athletes would be punished or penalized if they protested anyway, only saying they would be handled on a case-by-case basis.

In December, the U.S. Olympic and Paralympic Committee said it would not punish athletes who peacefully protest social-justice issues at the Olympic Games.

The Summer Olympics in Tokyo, which were postponed by the pandemic last year, are scheduled to begin July 23.