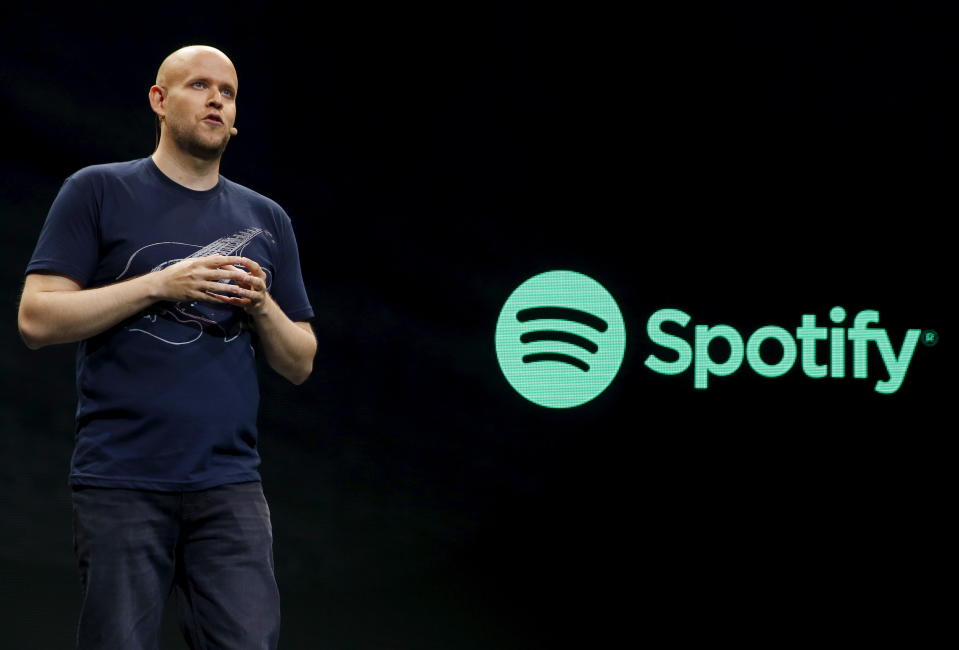 At Spotify’s (SPOT) recent investor day, the outlook for the audio giant was upbeat enough to prompt Wells Fargo analyst Steve Cahall to give the stock the benefit of the doubt.

The streaming music and podcast company “laid out a more profitable company than we have modeled historically,” Cahall wrote in a note to clients. “Given the strength in user and revenue growth we’re willing to concede some margin expansion opportunity, and give management time to execute.”

Cahall upgraded the stock to Equal Weight from Underweight on Wednesday and increased his price target from $101 to $124 a share while the bank’s analysts “bake some healthy Show Me into our thinking.”

Spotify stock jumped over 7% in midday trading the same day.

At the same time, Cahall warned that now the company “must execute to keep us convinced or turn us more bullish.”

“We’ve never doubted SPOT’s user and revenue growth, so we can be convinced of a stronger margin inflection,” Wells Fargo’s Cahall said. “We could turn more bullish if the margin story really starts to shine through. On the other hand, if margin progress feels like it’s being pushed out then we may have to revisit our long-term outlook.”

During the investor day last week, Spotify shares surged after the company revealed it brought in roughly $215 million in podcast revenue last year. The announcement marked the first time the platform disclosed its podcast figures after sinking a whopping $1 billion into the unit.

Spotify Founder and CEO Daniel Ek said that the company is “performing much better than you probably suspect,” highlighting that overall gross margins of roughly 28.5% are approaching the company’s long-term goal of 30% to 35%. That goal, he added, had been hindered by aggressive spending on both the podcast and audiobook side of the business.

Ek also underscored the potential of the platform’s podcast business, estimating that he expects it to generate margins between 40% and 50%.

As for the music side of the business, Spotify’s management team said it expects to see gross profit operating leverage to grow 75 basis points on average as the platform leans on Marketplace — an initiative that allows artists and labels to pay Spotify to promote their music.

“Margins are the real debate since SPOT and peers live under the thumb of a music cartel, and we’ve figured music to be the vast majority of engagement,” Cahall wrote.

It’s unclear how hiring will affect Spotify’s growth trajectory: A recent Bloomberg report indicated that the media giant will slow its hiring by about 25% amid a challenging macroeconomic environment that has led to a wave of hiring freezes and layoffs hitting technology companies like Coinbase (COIN), Netflix (NFLX), Intel (INTC), Tesla (TSLA) Snap (SNAP), and others.