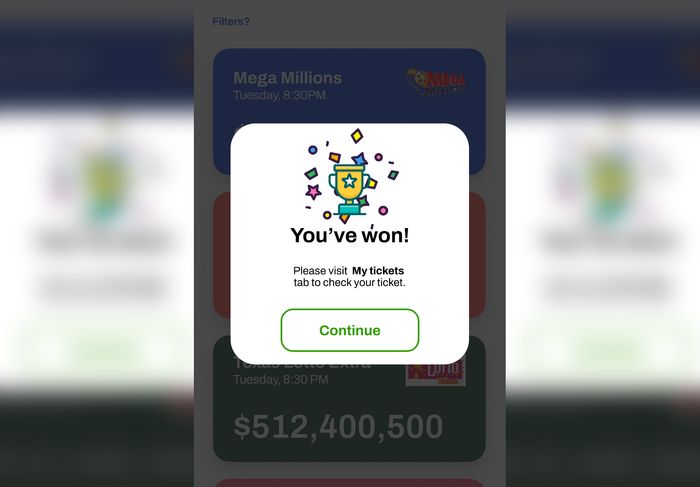 A total of 27 states now allow for some form of online lottery purchases. Read More...

Many Americans will be rushing today to grocery stores and gas stations to buy tickets for tonight’s big Mega Millions drawing with a $1.35 billion jackpot. But for Brandon Sansone, there’s no reason to head out in a last-minute panic: He can make all his lottery purchases without even looking up from his phone.

Sansone is a regular user of Jackpocket, an app that allows him to order tickets for games like Mega Millions and Powerball. The New York City resident says the convenience factor can’t be beat, especially when there’s a big jackpot at stake and he’s eager to play.

“It’s become my new best friend,” he said of the app.

Sansone is hardly alone. While lottery apps and online platforms are still relatively new and account for only a fraction of the $105.26 billion that Americans spend on lottery tickets, they are nevertheless becoming more popular. And some lottery-industry watchers say they are poised to become a dominant force in much the same way that food-delivery apps have come to define restaurant takeout orders.

“People are more comfortable with being able to do everything on their phone,” said Bill Speros, a senior betting analyst with Bookies.com, a gambling site.

Certainly, the growth of Jackpocket, the major company in the app/online lottery world, speaks to this change. The private company launched in 2013 and is now live in 15 states, with more slated to come aboard in 2023, according to officials. The company, which recently raised $120 million from investors, says users of its platform have accounted for as much as 15% of Powerball sales in the states where it operates.

But Jackpocket isn’t alone in the field. Some states have their own online platforms. Other private companies are in the business as well. One new entrant, Jackpot.com, launched this week — it’s operating just in Texas at this point — and recently completed a $42 million round of funding.

Add it up and 27 states allow for some form of online lottery purchases, according to the Bonus.com site.

The private companies follow similar models. They make their money by charging users service fees when they fund their accounts. For example, Jackpocket levies a 9% fee on any deposit plus a $.29 transaction fee — so if you want to order $100 worth of lottery tickets, you’ll actually have to deposit $109.29 into your account.

And about those tickets: Both Jackpocket and Jackpot.com say they purchase physical tickets on behalf of users and then safely hold on to them. A Jackpocket spokesperson explained that the buying is done with a courier-style system, not unlike with a food-delivery app, and that the company has relationships with a number of brick-and-mortar retailers. (The Jackpocket spokesperson also said that the company works with the lottery boards in the states where it operates and gets any required licensing.)

So, while the lottery purchase is a digital transaction, there’s ultimately paper involved. Users “can even see a scan of the physical ticket in the app,” said Jackpocket founder and chief executive Peter Sullivan.

If users win, the private companies notify them and then let them collect the money or use it to order more tickets. In Jackpocket’s case, the company says its users have won more than $225 million in prizes to date, including several prizes of $1 million or more.

But it could be a while before buying a lottery ticket online or via an app becomes as common as ordering a pepperoni pizza, some warn.

For starters, many states have yet to join the online lottery bandwagon. As it is, there are a handful of states that don’t have a lottery program at all.

Spero of Bookies.com said there’s real reason for the resistance: States are conscious of supporting local businesses, so they must reckon with the fact that if they get behind an online lottery sales program, it can cut into what those grocery stores, gas stations and the like earn from the lottery both in terms of commissions — brick-and-mortar retailers typically get at least a 5% cut of ticket sales — and overall foot traffic. How often have you purchased a soda or bag of chips with your lottery ticket?

Plus, states like the fact that those brick-and-mortar lottery retailers essentially function as billboards for the lottery, Spero says. That is, they promote the drawings with signage and help create the buzz that surrounds a big jackpot.

Naturally, there’s a counter argument made by companies in the online lottery business. Specifically, they point to studies that show younger people are less likely to play the lottery — and they argue that one way to change that is by making it more inviting for them to do so via digital platforms, which, after all, is where they live out their daily financial lives.

“People in their 20s, 30s and 40s don’t want to do their transactions in cash,” said Jackpot.com chief executive Akshay Khanna.

Of course, there’s another reason why buying a ticket through such platforms could still be a tough sell, some say: There’s something “real” about that printed lottery ticket in your hands — and entrusting an app to serve as the guardian of that potential jackpot winner may be asking too much of many lottery players, even with safeguards that companies like Jackpocket and Jackpot.com say they have in place.

Khanna acknowledges the hesitation, but thinks it will change over time. He notes that people have gravitated to buy things online, from footwear to pets, in a way that seemed inconceivable years ago.

“If you can buy shoes online, there’s no reason not to be able to buy lottery tickets,” he said.