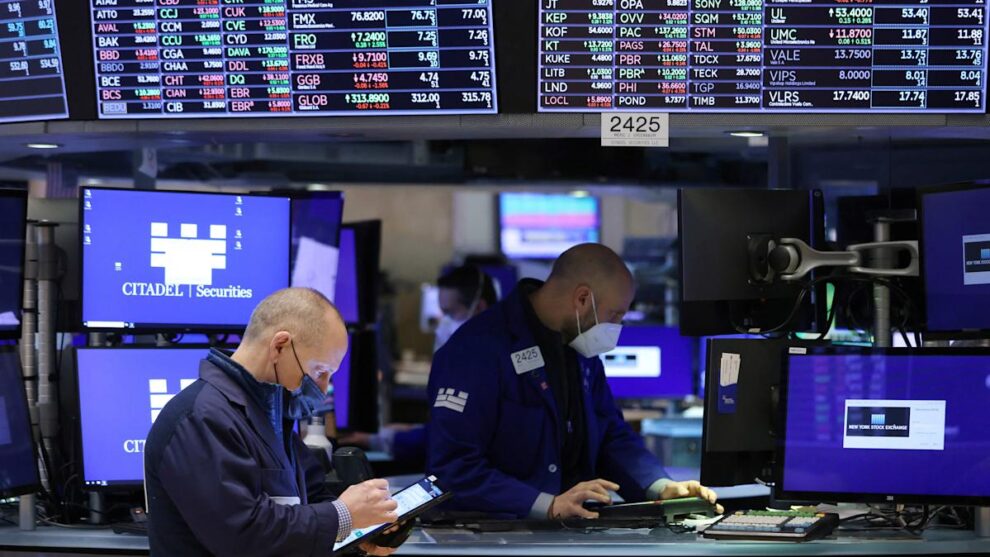 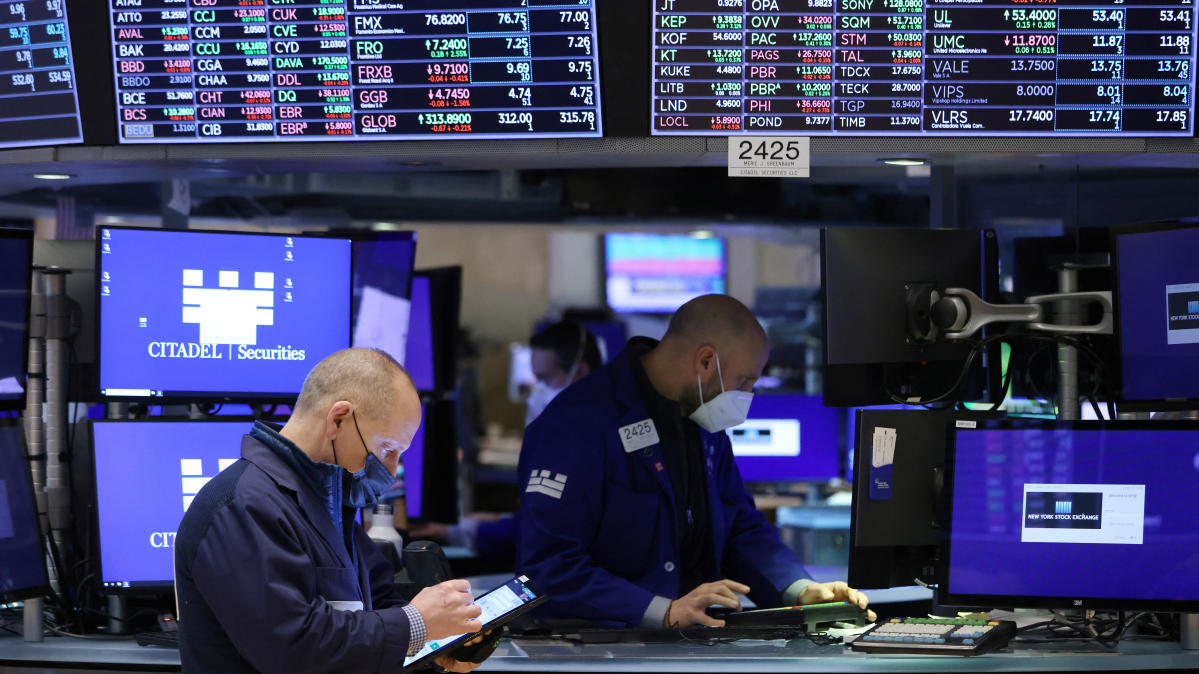 BRIAN CHEUNG: Let’s get some perspective from Thomas Hayes, Great Hill Capital chairman and managing member. And Thomas, it’s great to have you on the show today. I want to start off with the equities markets. Historically, this is supposed to be the Santa Claus rally. We did get quite a nice day yesterday. It seems like today, things are calming down a little bit. First of all, obviously, volume could be unusual during this final week of 2021. But what are you seeing in terms of the possibility of that Santa Claus rally in the other days that we have remaining this week?

THOMAS HAYES: Well, Brian and Adam, thanks for having me. I think we could see a general grind higher here in the next couple of weeks despite resting after four straight up days. What we have here– if you look at the National Association of Active Investment Managers, coming into Christmas, they were at just 52% equity exposure, which is really underweight. So they were nervous about the Fed tapering and the rate hikes language. They were nervous about omicron, which proved to be more contagious but less serious than previous variants.

And even though equity exposure has moved up to 67% now, it’s still way underweight. So as we grind higher, as we push higher, I think some of this institutional money is going to have to come in and chase up. We also saw the retail sales data yesterday. The Mastercard data was up 8.5% for the holiday season. So despite omicron, customers are still spending. It’s up 10.7% over pre-pandemic holiday season.

And then finally, we have earnings. Earnings are expected to grow at 9% next year for the S&P 500. Estimates are 220-350. We think that’s too low. We think we’re going to see them creep up to $230 by the time earnings season starts here in the next few weeks. And this sets the stage for a reasonable year next year, nothing like 2021 but high single digits to low double digits with a lot more volatility coming up.

ADAM SHAPRIO: Thomas, help us understand something and break this down. You’re talking about capital currently being mispriced. Even if they raise interest rates three times next year, isn’t capital still mispriced?

THOMAS HAYES: Well, it’s the trend is the key, Adam. And I think you hit the nail on the head. Right now, the cost to carry crazy is zero. And that’s why you’ve seen, this year, the SPAC mania. You saw the crypto mania, the meme mania, and, I think, most importantly, the high price-to-sale stocks mania, stocks trading at 10 to 100 times sales on expectations of future earning power many, many, many years down the road.

This last decade, as the cost of capital really came down to zero and declined, this was the only decade in the last 100 years where you could buy a basket of stocks trading at 10 times sales and make money. You actually outperforemd the S&P. Every other decade in the last 100 years, that was a formula for disaster. And we think that trend is going to start to change as we get the first one to three rate hikes in 2022.

Right now, the dot plot and the Fed fund futures is leaning towards three rate hikes in 2022. We’ll see how the economic data comes in. But the key is the trend is changing. And that’s going to change the inputs on leverage. It’s going to change how much does it cost to have margin. Your margin rates are going to go up. How much does it cost to play options? If you look at the Black-Scholes formula, one of the inputs is interest rates. So as interest rates goes up, that option mania is going to come down because the price of options is going to be more expensive. So all leverage comes down in that type of environment.

BRIAN CHEUNG: And Thomas, you understand that I love to talk about the Fed, so let’s dive a little bit deeper on this. Because what’s interesting is that everyone knows the three rate hikes that they’ve messaged to the markets, but it seems like bond markets are still pricing in uncertainty around that forecast and whether or not the Fed can reliably get, ultimately, to its neutral rate without maybe putting a brake to the recession recovery.

Now, I guess I wanted to ask– when you look at the composition of the Fed, next year, you’ve got St. Louis Fed’s Bullard coming in, Cleveland Fed’s Mester coming in, Kansas City’s Esther George coming in, all perceived to be hawks. Where do you see the directionality of Fed policy in 2022?

THOMAS HAYES: Yeah, I think they’re going to have a tendency to overshoot. I mean, it was such an about face after Powell was reappointed. He went from convincing the world for 12 months that inflation was transitory to becoming Paul Volcker overnight. So it’s really going to depend on the data. And I think right now, consensus is that the supply chain is going to get largely worked out. That will bring down a good slug of inflation. But you still have wages, which are sticky. You still have the labor shortage.

So we’re going to have above-trend inflation. Even if you look at the five-year inflation break-evens, they’ve come down from 317 to 269 in a matter of weeks. And so that compares to 2% inflation and even lower for the last decade. That is going to create the environment that’s going to have them moving, whether it’s one hike two hikes, and potentially three hikes in 2022.

The key is post-March, when that taper is over, we’re going from an increasing liquidity environment to a decreasing liquidity environment after the taper is concluded. And the market’s going to start to discount that. And I think the low volatility, 3% to 5% pullbacks of 2021, are a thing of the past. And we’re going to be looking more likely at 8% to 10% mini-corrections in 2022 despite ending the year positive.

The other thing to keep in mind– the second year of the presidential cycle for a newly elected president tends to be the worst of the four years. So that’s an additional headwind that we have to look at from a seasonal factor next year.

ADAM SHAPRIO: Thomas, we wish you a happy New Year as we head into 2022. And just want to remind everybody that Thomas Hayes is Great Hill Capital’s chairman and managing member.