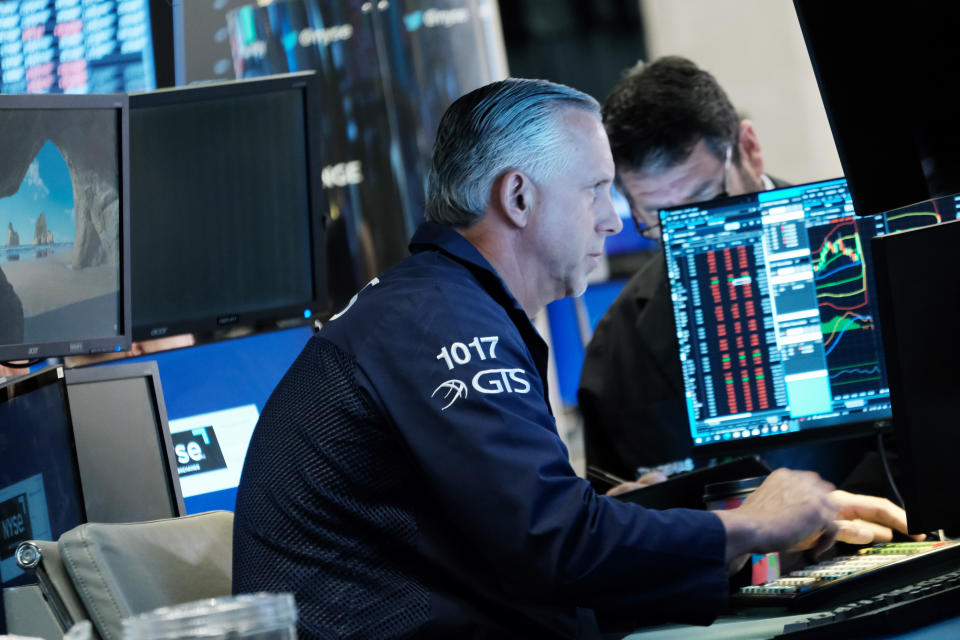 U.S. stocks rose Tuesday to steady following a plunge that sent the S&P 500 into its first bear market since the height of the pandemic. Read More...

U.S. stocks rose Tuesday to steady following a plunge that sent the S&P 500 into its first bear market since the height of the pandemic.

The S&P 500 gained about 0.4% just after market open, paring some of Monday’s losses after the index dropped to its lowest level since Jan. 2021. The S&P 500 also entered its first bear market since March 2020 on Monday, as its closing price put it more than 20% below its recent record closing high from Jan. The Nasdaq gained about 0.8% as tech stocks recovered some recent losses, and the Dow edged higher.

The benchmark yield on the 10-year Treasury note pulled back from Monday’s 11-year high to hover around 3.4%. The monetary policy-sensitive two-year yield also eased after spiking to its highest level since 2007. Oil prices rose, and U.S. West Texas intermediate crude oil futures broke back above $122 per barrel. Bitcoin (BTC-USD) remained under pressure as prices held just over $22,000.

Volatility resurged across markets at the start of the week as investors raced to price in a greater likelihood of a larger interest rate hike from the Federal Reserve as it races to address inflation. Market participants expect the Federal Open Market Committee (FOMC) will raise interest rates by the 75 basis points this week, with CME Group data showing Tuesday morning that traders were pricing in a more than 90% probability of such an outcome. The FOMC begins its two-day policy-setting meeting on Tuesday, with a decision and press conference from Federal Reserve Chair Jerome Powell set for Wednesday.

Expectations for a much larger-than-typical rate hike soared after the Wall Street Journal reported Monday that a 75 basis point hike was on the table among Fed officials. And talk and market pricing of such a hike had already been building after Friday’s much hotter-than-expected May CPI print, and after separate surveys in the days since showed consumers’ near-term inflation expectations were increasing to levels at or near all-time recorded highs.

“The Fed’s previous plan to hike by 50bp [basis points] at the meetings in June and July and then revert to 25bp increases in the fall was always dependent on inflation showing signs of cooling,” Paul Ashworth, chief North America economist at Capital Economics, wrote in a note Tuesday. “Instead, the monthly gains in core CPI accelerated back to 0.6% in both April and May, suggesting that price pressures are broadening.”

New data Tuesday also showed wholesaler price increases also remained elevated last month. The Producer Price Index (PPI) jumped 10.8% in May over last year after a 10.9% jump in April, according to the Bureau of Labor Statistics. Nearly two-thirds of the May rise came from a jump in final demand goods prices including energy, which jumped 5% on a monthly basis.