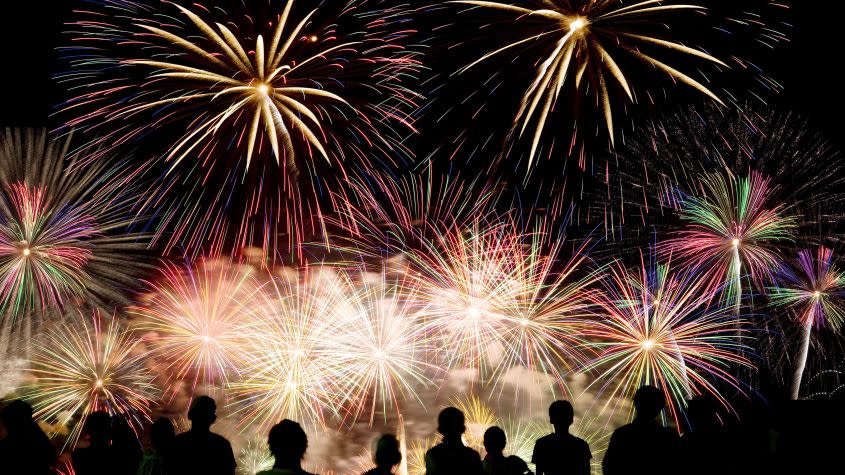 Stocks kept on rising Friday, as Amazon.com (AMZN) and Apple (AAPL) closed out a busy week of Big Tech earnings in fine fashion.

Amazon stock soared 10.4% after the e-commerce company reported a second-quarter top-line beat due in part to 33% year-over-year revenue growth in its cloud segment (Amazon Web Services) and an 18% jump in ad sales. AMZN also gave an upbeat current-quarter revenue outlook thanks to what it called a “record-breaking Prime Day.”

Meanwhile, Apple shares gained 3.3% after the iPhone maker reported higher-than-expected earnings and revenue in its fiscal third quarter. However, the company’s revenue growth rate slowed significantly when compared to the year-ago period.

Sign up for Kiplinger’s FREE Investing Weekly e-letter for stock, ETF and mutual fund recommendations, and other investing advice.

On the economic front, the personal consumption expenditures (PCE) index rose 6.8% on an annualized basis in June – its biggest year-over-year rise since January 1982. But, the headline figure might not be as jolting as it initially appears. “This inflation metric is for June and we know much has changed since then, especially gas prices, so investors should put this inflation report into historical context,” says Jeffery Roach, chief economist for independent broker-dealer LPL Financial. He adds that July inflation rates should ease a bit as food and energy costs have likely pulled back this month.

Other news in the stock market today:

What the Smart Money is Buying

Investors may be cheering as the stock market wraps up its best month of 2022, but that excitement could be fleeting, if history is any guide. “Analyzing monthly average returns for the S&P 500 back to 1950, the worst month [for stocks] is September, followed by August,” says Gieseppe Sette, president of AI-driven investment research firm Toggle AI.

While we have covered numerous ways for investors to ride out rougher waters – think yield-friendly sectors like utilities or real estate investment trusts (REITs) – it sometimes pays to see what the “smart money” is doing during these volatile times. While you can’t get rich by simply copying moves billionaire investors are making, their resources and connections give them unique insight into the market that most of us don’t have, and that alone makes their top stock picks worth a closer look.

Karee Venema was long AMZN and AAPL as of this writing.

Planning to Retire in the Next 3-5 Years? What to Consider Today

Your Guide to Roth Conversions

Don’t Name Your Estate as Your IRA Beneficiary