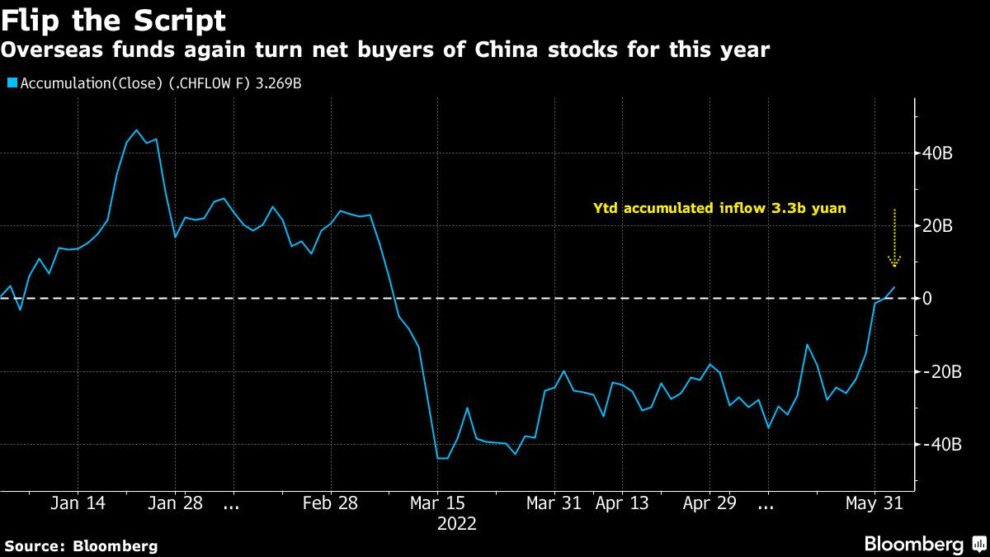 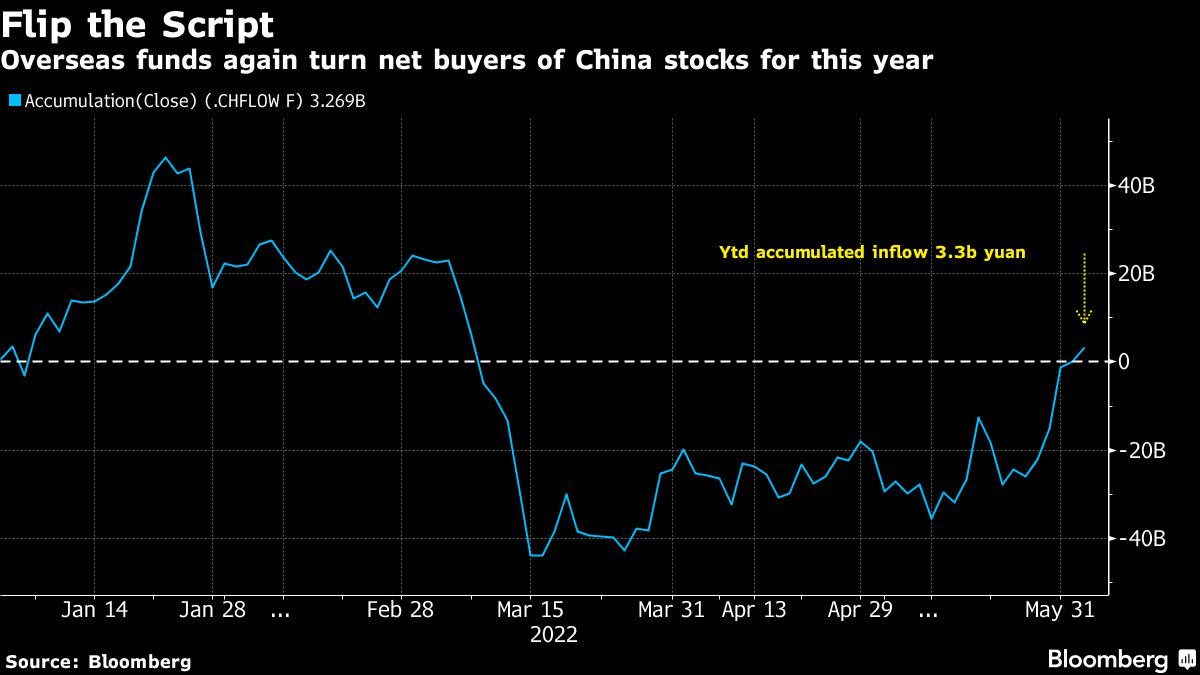 (Bloomberg) — US stocks gained on Monday as Beijing’s latest move to ease Covid restrictions injected a note of optimism into markets rattled by inflation and rate-hike concerns. Treasuries and the dollar slipped.

Both the S&P 500 and tech-heavy Nasdaq 100 rose more than 1% amid gains in megacaps including Apple Inc. and Microsoft Corp. Amazon.com Inc. advanced after implementing a 20-for-1 stock split. Twitter Inc. fell after Elon Musk said he believes the company is breaching their merger agreement by not providing information about spam and fake accounts he demanded.

Data last week showing stronger-than-forecast US hiring for May suggested the Federal Reserve won’t waver from its tightening path to rein in price pressures. But Goldman Sachs Group Inc. economists said the Fed may be able to pull off its aggressive rate-hike plan without tipping the country into recession. The easing of Chinese lockdowns will help abate supply-chain pressures, said Diana Mousina, a senior economist at AMP Capital.

“Positive news around Chinese economic activity and cheaper equity valuations could offer value from a long-term investment perspective, but volatility will remain high in the short-term,” Mousina said in a note.

Basic resources led an advance in the Stoxx Europe 600 index as copper rose to its highest since April, with sentiment across industrial metals bolstered by China’s gradual reopening. The technology sector outperformed.

The UK’s equity benchmark climbed more than 1% as traders returned after a four-day break. The pound gained and gilts fell amid speculation Prime Minister Boris Johnson will survive a leadership vote later Monday.

Crude oil held around $119 a barrel in New York after Saudi Arabia signaled confidence in demand with a larger-than-expected price increase in Asia. Meanwhile, the US was said to be considering allowing more sanctioned Iranian oil onto global markets to counter the decline in Russian supplies.

The US jobs report Friday quelled some concern that the world’s biggest economy is slowing too sharply, but also strengthened the view that the Fed will keep hiking rates to combat inflation. Investors bought equities last week, with US stocks seeing a fourth straight week of inflows as a bear market rally continues, according to Bank of America strategists, citing EPFR Global data.

Read: Team Transitory Is Back Warning Big Rate Hikes Are a Big Mistake

Meanwhile, the European Central Bank is set to announce an end to bond purchases this week and formally begin the countdown to an increase in borrowing costs in July, joining global peers tightening monetary policy in the face of hot inflation. The ECB is planniing to strengthen its support of vulnerable euro-area debt markets if they are hit by a selloff, Financial Times reported.

Key events to watch this week: