The findings are based on Department of Education data released to the Student Borrower Protection Center through an open records request Read More... 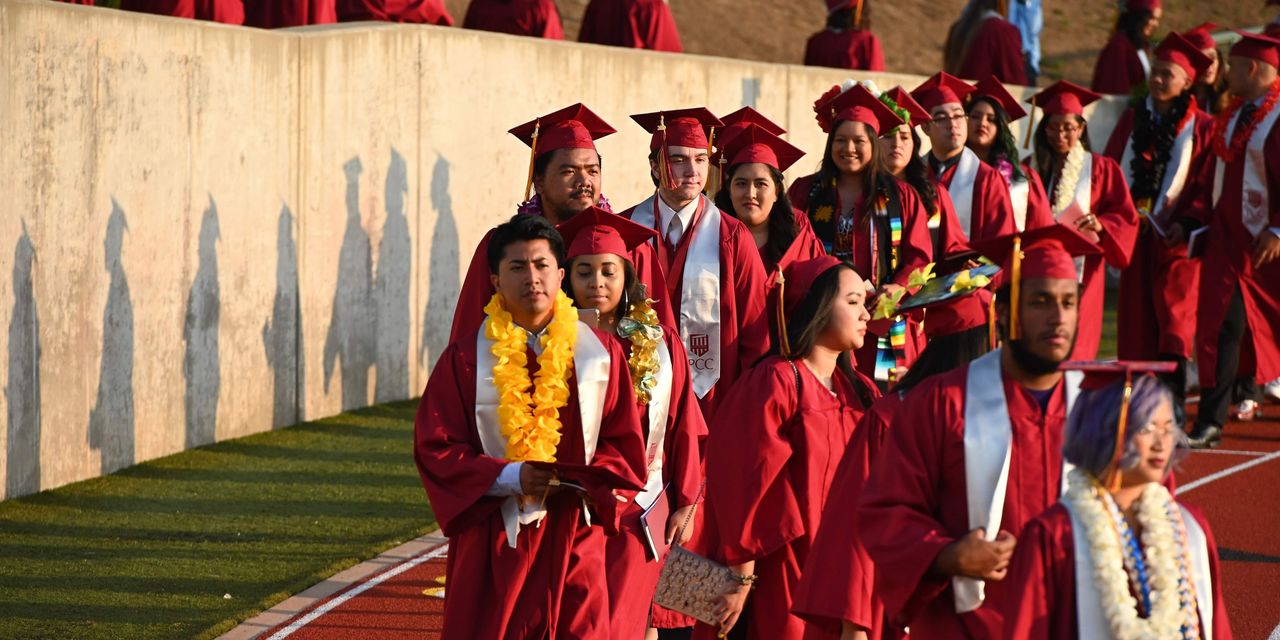 Borrowers were still having their wages seized over defaulted student debt, months after the government instructed the student-loan industry to pause this activity during the coronavirus pandemic.

That’s one conclusion from Department of Education data published Thursday by the Student Borrower Protection Center. The data, released to the nonprofit advocacy group through a Freedom of Information Act request, also indicate that borrowers are owed more than $37 million in wages seized between March 2020 and June 2021 that the Department had instructed student-loan organizations to refund.

The borrowers that are the focus of the documents have commercially-held Family Federal Education Loans, or debt that was originally owned by a private lender and backed by the government. They were initially excluded from the coronavirus-era pause on payment, interest and collections.

“ ‘What you see here is either a willingness to just completely disregard the Department of Education, or you have an industry that is simply unable to comply with the rules.’ ”

But in March of this year, the Biden administration said borrowers with commercially-held FFEL loans who defaulted on their debt would be included in the pause and should have any wages that had been seized during the pandemic period refunded.

The data released to SBPC indicate that despite those instructions, borrowers were subject to wage garnishment and hadn’t received refunds at least through June. Defaulting on a student loan can be a sign of broader financial difficulty, which means it’s likely many of these borrowers need the funds that were allegedly seized to cover their bills.

“What you see here is either a willingness to just completely disregard the Department of Education, or you have an industry that is simply unable to comply with the rules,” said Seth Frotman, the executive director of SBPC.

“Either way you look at it, it’s just yet another example of the student-loan industry’s callous disregard for borrowers and widespread systemic problems,” he added.

The documents are the latest indication of the challenges the government has faced temporarily shutting off the student loan debt collection system. Last year, after Congress paused student-loan payments and collections as part of the CARES Act, thousands of borrowers were still having their wages seized nearly six months later.

The borrowers who are the focus of the data released this week weren’t part of that group because at the time, they weren’t eligible for coronavirus-era student loan relief.

Despite having federal student loans, borrowers with commercially-held FFEL loans are often left out of many of the benefits of the federal student loan program, including Public Service Loan Forgiveness, which allows public servants who have made at least 10 years worth of payments to have their debt cancelled.

For months, borrowers and advocates urged the Department to include these borrowers in the coronavirus relief measures. Last March, the agency said that borrowers with commercially-held FFEL loans who defaulted on their debt would be eligible for the pause on payments and collections.

At the time, Department of Education officials explained that they had more leeway to take action for defaulted borrowers because once a borrower defaults on a commercially-held loan, the Department of Education makes a payment to the lender for its losses through a guarantee agency — the middlemen that provide insurance on these loans for lenders and also collect on them. Whereas when a borrower with a commercially-held FFEL loan is in repayment, the private lender still owns the debt.

Legacy of an old system

For decades, the bulk of federal student loans were made this way — issued by a private lender, insured by a guarantee agency and backed by the government — but in 2010, the government ended this program and started lending exclusively to borrowers directly.

Nonetheless, guarantee agencies maintain a role in the student-loan system, servicing and collecting some of the loans that are still outstanding from the legacy program. In May, the Department wrote to these organizations instructing them to stop garnishing the wages of defaulted borrowers with commercially-held FFEL loans and to refund any wages collected during the pandemic-related pause period.

But the data released through SBPC’s FOIA request indicate that at least one guarantee agency, Ascendium, seized $3.9 million from borrowers’ paychecks in June.

Brett Lindquist, vice president, strategic communications for Ascendium, wrote in an email to MarketWatch that a June 2021 financial report submitted to the Department of Education reflects the $3.9 million in wage garnishments, but the figure includes funds received in February and March of 2021. The money was initially categorized incorrectly, Lindquist wrote.

“When the error was discovered the payments were properly recoded and the February and March dollar amounts were then included in June 2021 totals,” he wrote, adding that the Department of Education was made aware of this error “and we followed standard reporting procedures in resolving it.”

In reality, the total amount Ascendium collected through wage garnishment in June was $10,272, Lindquist wrote.  The wages were seized “because a small group of employers failed to stop the garnishment payment process despite our multiple directives for them to do so,” Lindquist wrote.

He added that the money is automatically refunded to borrowers “with no action needed on their behalf, as are any and all garnishments submitted to Ascendium from March 13, 2020 to the end of the collection stoppage,” in accordance with the Department of Education’s guidance, he wrote.

In addition to the data cited by SBPC, information from the Consumer Financial Protection Bureau’s public complaint database suggests that some borrowers may have had their wages garnished by guarantee agencies as late as July. The results of the advocacy group’s FOIA indicate that between March 2020 and June 2021, guarantee agencies didn’t refund over $37 million to borrowers that they’d already seized.

James Bergeron, president of the National Council of Higher Education Resources, a trade group that represents guarantee agencies, told MarketWatch in an email that the organizations stopped collection activities, including wage garnishments, after the Department’s announcement in March of this year.

“Prior to then, it was unclear whether the agencies were covered by the ban on collections for federally held loans,” Bergeron wrote, noting that in January of 2021, the Department’s Office of Federal Student Aid said guarantee agencies weren’t required to stop wage garnishment.

“Now, all NCHER members have suspended collections and are issuing the necessary refunds,” he wrote.

Scope of the problem still unclear

Though the results of the FOIA request suggest that some borrowers have been harmed, it doesn’t provide a sense of the scope of the problem. For example, the data doesn’t indicate how many borrowers have had their wages seized or what share of the guarantee agencies’ total garnishments during the COVID period have been refunded.

SBPC wrote to the CFPB, where Frotman was once the student-loan ombudsman, to alert the agency to their findings and in an effort to try to answer some of these outstanding questions. The CFPB declined to comment to MarketWatch.

The SBPC is also urging the Department of Education to hold the guarantee agencies accountable for their conduct. The Department didn’t immediately respond to a request for comment on SBPC’s findings.

The fact that firms involved in the student-loan industry appear to be ignoring the government’s instructions with little consequence (at least so far) highlights the discrepancy between the way the student loan system treats student loan companies and the way it treats borrowers — who are subjected to wage garnishments, as well as offsets of their Social Security benefits and tax refunds, when they default on their debt, Frotman said.

The “system has just become so out of control, so unruly and so unresponsive to just following the law,” Frotman said. “The most vulnerable borrowers in our country are dealing with the fallout.”

The Moneyist: I’ve taken care of my father for 23 years. He gifted me $20,000 and a vehicle. Could my opportunistic siblings contest these gifts?
Extra Credit: How debt enters students’ lives as early as kindergarten
Comment

Key Words: This ‘Orange is the New Black’ star says she’s moving back to Australia to fight climate change