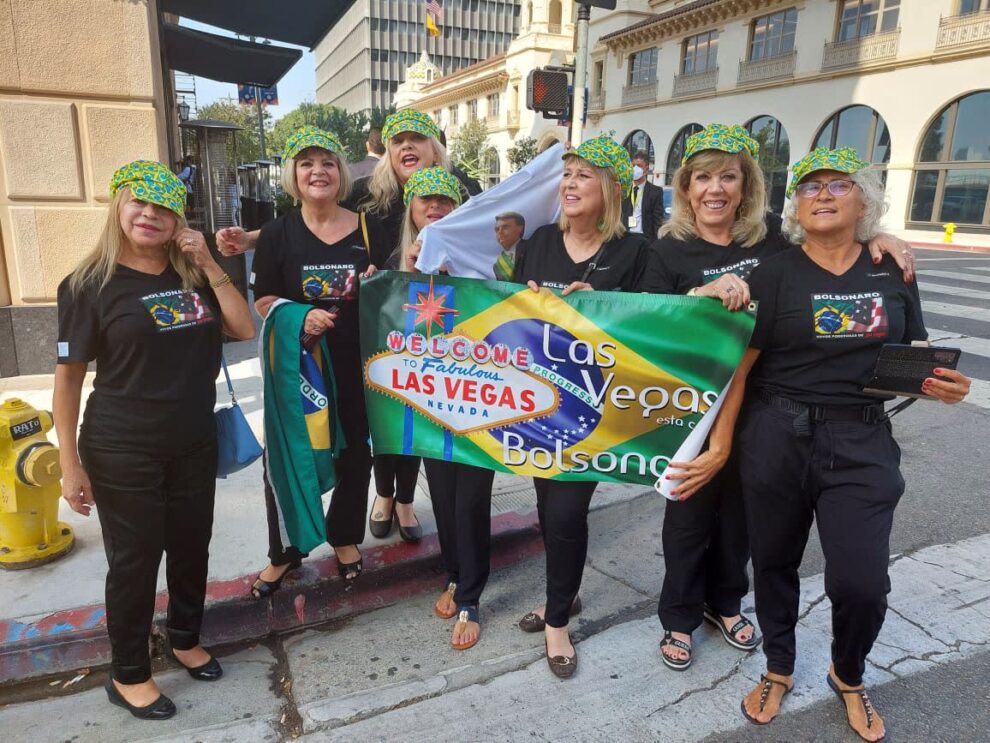 (Bloomberg) -- President Joe Biden is hosting the Summit of the Americas in Los Angeles, a gathering intended to deepen ties between the US and Western Hemisphere countries that drew criticism from Beijing, which seeks to make its own inroads in the region.Most Read from BloombergEating Two Portions of Fish Per Week Linked to Deadly Skin CancerTarget Tries to Save Itself by Putting Everything on SaleWhy Inflation Is Hitting American Households Like Never BeforeChina Weighs Reviving Jack Ma’s Ant Read More... 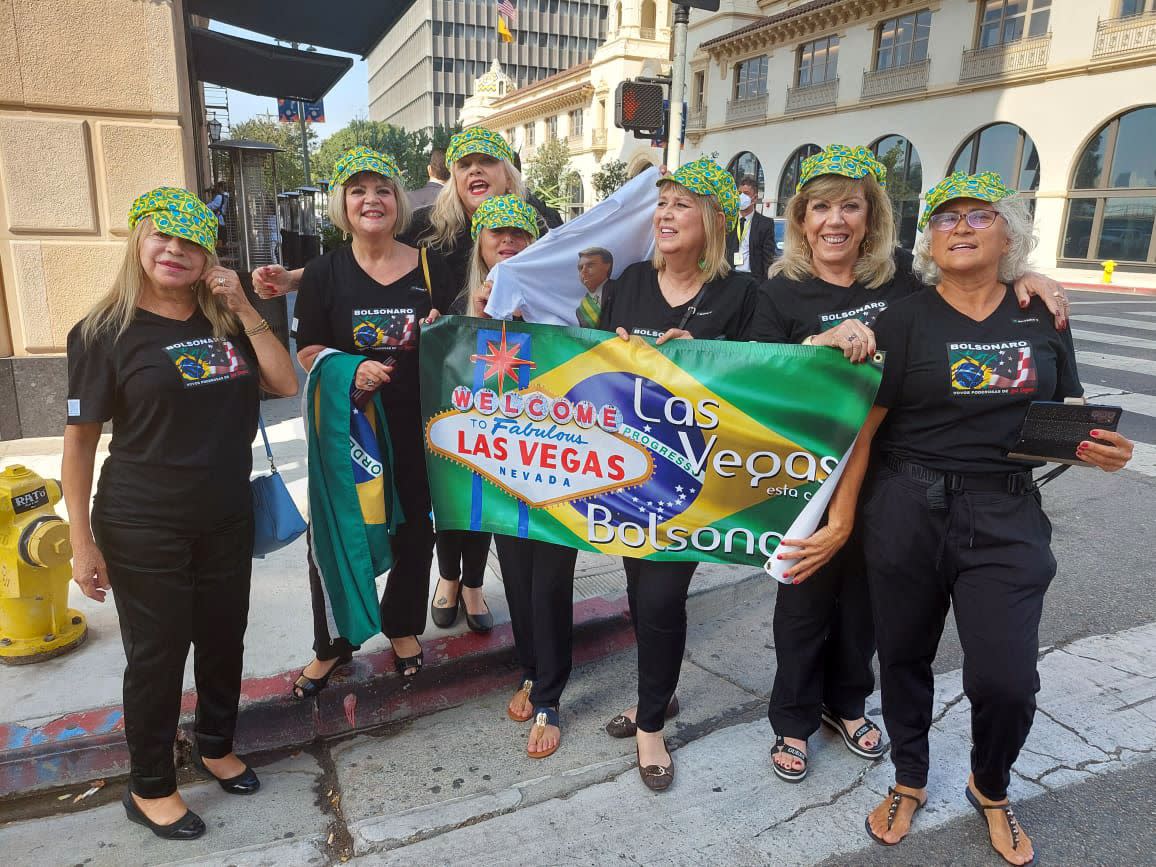 (Bloomberg) — President Joe Biden is hosting the Summit of the Americas in Los Angeles, a gathering intended to deepen ties between the US and Western Hemisphere countries that drew criticism from Beijing, which seeks to make its own inroads in the region.

The US has announced a series of new agreements with countries in the region on economic, health and climate efforts, but they come with little fresh investment by Washington. The impact of a new migration accord to be unveiled Friday is particularly suspect, as Mexican President Andres Manuel Lopez Obrador and the leaders of three Central American countries that produce much of the irregular migration to the US all declined invitations to the summit.

Biden welcomed Western Hemisphere leaders to the Los Angeles summit, assuring them that the region remains a priority for the US.

The president said his administration is eager to work with Latin American governments to boost food security, fight and adapt to climate change and improve health systems. He promoted a migration pact due to be announced Friday without revealing new details.

“There is no reason why the Western Hemisphere can’t be the most forward-looking, most democratic, most prosperous, most peaceful, secure region in the world,” Biden said in remarks at the summit. “And no matter what else is happening in the world, the Americas will always be the priority for the United States of America.”

The US president has been preoccupied this year with Russia’s invasion of Ukraine, as well as a series of domestic crises including persistent inflation, rampant gun violence and a baby-formula shortage. The distractions have added to longstanding Latin American concerns that their countries get short shrift from the world’s most powerful nation, despite their proximity.

Bolsonaro said that promises by other countries to fund programs to protect the Amazon rainforest have been broken.

“This is always discussed, but when the time to put money on the table comes, it’s not done,” he told reporters in Los Angeles, without naming a specific country or counterpart.

The right-wing populist, an admirer of former President Donald Trump who was one of the last international leaders to congratulate Biden for his 2020 election, said he’s attending the Summit of the Americas to deepen his government’s relationship with the US.

He said Biden’s election is “in the past,” after suggesting earlier this week that the US vote may have been marred by fraud — echoing false claims by Trump.

“The president is Joe Biden, end of discussion,” Bolsonaro said.

Trudeau and Newsom signed an agreement for their governments to work more closely on climate measures, including efforts to advance electric and zero-emission vehicles and reduce plastic pollution.

Under the the agreement, the state’s Environmental Protection Agency and Canada’s environment department will develop a plan to share information and best practices on clean transportation and technology, biodiversity, climate change adaptation and other areas.

“This partnership with Canada is a vital step on California’s path to a cleaner, greener future and is the latest expression of our shared values,” Newsom said in a statement.

Newsom, as governor of the nation’s largest state, is frequently mentioned as a future US presidential candidate, and the meeting helps him burnish his foreign policy credentials.

Biden brushed off boycotts of the summit by some regional leaders, including Mexico’s president.

“No,” Biden said when asked if he was concerned by leaders skipping the summit, which the US is hosting for the first time in 28 years.

The president had not yet commented personally on leaders who declined to attend the gathering.

Biden said that Thursday’s televised hearing on the Jan. 6 attack would show many Americans “detail” on the insurrection for the first time.

“It was a clear, flagrant violation of the Constitution. I think these guys and women broke the law, tried to turn around the result of an election,” Biden said before a meeting with Trudeau. “And there’s a lot of questions — who’s responsible, who’s involved, I’m not going to make a judgment on that.”

One objective of the House’s Jan. 6 committee is to connect Trump to a plan to disrupt Congress’s certification of Biden’s Electoral College victory, and show that Trump and his inner circle may have committed crimes in seeking to undo the election. Committee members have promised surprises in the prime-time hearing.

“A lot of Americans are going to be seeing for the first time some of the detail that occurred,” Biden said.

Biden said in remarks to the summit Thursday that the region’s nations should abandon “trickle-down economics,” the concept pushed by conservative politicians that tax cuts for the wealthy yield economic benefits for lower-income people.

“We have everything we need right here in the Western Hemisphere not only to point ourselves toward a future that is more prosperous, secure and democratic, but the ability to achieve it as well,” he said. “But to achieve this, we’ve got to update our recipe, in my view, for economic growth. It’s time to put a nail in the coffin, in my view, of trickle-down economics. It doesn’t work.”

Biden also called for the region to build “more resilient” supply chains by relocating production of goods to the hemisphere rather than farther overseas, and said his administration is ready to put more capital into the Inter-American Development Bank to encourage private-sector investment in Latin America.

Bolsonaro Prepares for Biden in Most Awaited Summit Meeting (11:07 a.m.)

Bolsonaro arrived in Los Angeles on Thursday and was greeted by seven loud female supporters grouped under the “Powerful Grandmothers” name. The Brazilian immigrants traveled from Las Vegas, where they are based, to shout their admiration for “the best president in the history of Brazil.”

The mercurial leader will need this kind of support later on Thursday when he meets President Joe Biden in what’s expected to be one of the highlights of the summit. The two heads of state couldn’t be more different, with Bolsonaro being one of the staunchest admirers of Trump.

But as Simone Iglesias and Josh Wingrove report in this article, they can find common ground in topics including initiatives to support the Amazon rainforest and the defense of democracy around Latin America.

China Accuses ‘Selfish’ US of Trying to Fence Off Latin American (9:41 a.m.)

China-Latin America trade topped $550 billion in 2021, according to a Chinese ministry of foreign affairs spokesman, Zhao Lijian. The US government is wary of China’s inroads in the region, as Beijing attempts to expand its influence beyond the Indo-Pacific, and has warned in the past that Chinese investment is often accompanied by demands for cooperation with its government’s foreign policy aims.

“For its selfish gains, the US has tried to exclude and contain other countries’ cooperation in this region,” Zhao said. “This constitutes great disrespect for Latin American countries. It is doomed to fail and is not well received.”