Getting to net-zero emissions is a multi-decade process. Today, gasoline is plentiful and efficient. Electric trucks and pickups, and alternative-energy sources will shake up the market as countries aim to curb pollution. Read More... 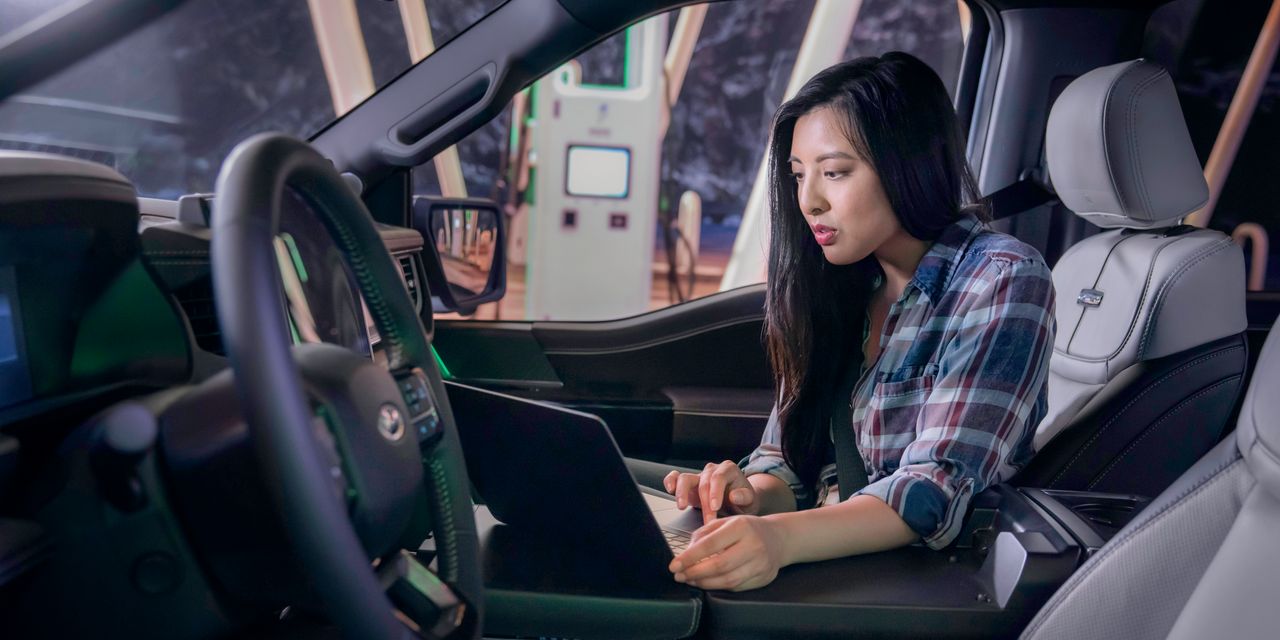 With such a dramatic rise in electric-vehicle sales amid a growing push to combat climate change, it’s sobering to think that in 15 years, most of us will still be driving gas-powered cars.

Indeed, many who hope to make a difference by driving an EV already have one. So if alternative-fuel vehicles are ever going to run gas-powered cars and trucks off the road, they’ll have to beat them at their own game.

That’s a tall order. Gasoline is cheap, plentiful and efficient.

“If you gave the smartest scientists and engineers an infinite amount of money and told them to design the perfect storage medium for transportation, they’d come up with gasoline,” said Eric Toone, who co-chairs the investment committee at Breakthrough Energy Ventures, or BEV, a sustainability-investment firm co-founded by Bill Gates based in Kirkland, Washington. Billionaires Jeff Bezos, Richard Branson, Mark Zuckerberg and George Soros are also involved.

Gasoline RB00, +2.40% is “safe, it’s massively energy-dense, it’s easy to move around. It has like every conceivable attribute you could want in an energy-storage medium — except for this problem that it produces carbon dioxide,” he said.

But all is not lost. We may, in fact, have the right combination for a dynamic market that still advances the U.S. toward its climate goals. President Joe Biden believes he’s set the U.S. on a course for a 50% emissions drop as soon as 2030 and net-zero emissions by 2050.

An explosion of choice headlined by Ford Motor Co.’s F, -0.63% F-150 Lightning, one of the first all-electric light trucks, will entice more buyers to join the EV fold;

Green hydrogen alternatives will lead the charge over batteries for planes and trains, if not automobiles, and;

This combination will get the U.S. roughly halfway to the Paris climate accord’s target of net-zero emissions by 2050, according to a recent report from the International Energy Agency. The report shocked some in the energy space with its blunt call to curb new oil and gas investment.

Read: Hydrogen, ammonia and a clean-fuel standard could help get the world to net-zero emissions

Getting to net zero

“If we as a planet are going to get to net zero, it’s pretty clear that much of our emissions reduction is going to have to come from technologies that haven’t been invented, commercialized or scaled,” said Matt Peterson, who heads Amazon’s $2 billion Climate Pledge Fund.

Amazon AMZN, -0.43% and BEV are just two of a growing number of Fortune 500 companies, venture capitalists and bankers making multi-billion-dollar bets on startups with innovations that could help close the gap in areas like energy, agriculture, construction and transportation.

Read: As drought ravages the West, any investor not focused on climate risk is ‘really kidding themselves,’ says this portfolio manager

Can they succeed? Here’s a look at the three biggest areas of sustainability investment in transportation, and how they might impact what you’ll drive in 2035 and beyond.

EVs are starting to appeal to more people, due in part to a growing selection of models, more fast-charge stations and longer-range batteries. But the real kicker is expected in as little as two months: all-electric pickup trucks.

The Ford F-150 Lightning, the electric version of this country’s best-selling vehicle, could help lift EV sales when it arrives next spring.

Three of four American vehicles are light trucks, which include pickups and SUVs, so all-electric models could prove to be an important boost to the EV market. The Lightning, which isn’t due out until next spring, probably won’t be the first EV pickup. But the electric version of the world’s most popular truck — and this country’s best-selling vehicle — could help lift EV sales onto a higher plane.

“The Ford F-150 Lightning is the most important thing that’s happened in EVs since Tesla first started selling cars,” said BEV’s Toone. “If they really start to sell that thing in a configuration that people can use for $40,000, that’s a game-changer.”

Read: Buying a home? Why you should ask whether it’s wired for electric vehicles even if you don’t own one

Tesla TSLA, -2.46% and GMC GM, +2.21% may be on track to beat the F-150 Lightning to market with their Cybertruck and Hummer EV pickups, respectively. Shipments of those models are expected late this year or early next.

Startup Rivian will be first to market, provided it meets its latest schedule for deliveries to begin in September. And it has a high-volume ace up its sleeve: Amazon. A major investor in Rivian, the internet giant has committed to buy 100,000 Rivian delivery vans by 2030, including 10,000 by year-end 2022.

“It’s a good balance between equity investing and Amazon demand to help Rivian scale its own operations,” Amazon’s Peterson said. “Putting into place and deploying that technology is a real differentiator for our fund.”

There are a few hydrogen-powered vehicles on the road, including Toyota Motor Corp.’s TM, -2.09% Mirai and the Honda Motor Co. HMC, -0.26% Clarity. They combine the zero-emissions benefits of battery power with five-minute filling and longer ranges than you get with gas.

“Developing inexpensive green hydrogen is one of the holy grails,” Peterson said.

Two main obstacles stand in the way of green hydrogen adoption — that is, hydrogen produced from a process that doesn’t release planet-warming emissions: It’s very expensive to produce. And it’s prohibitively expensive to distribute and store hydrogen.

Which is why you won’t find fuel for a hydrogen-powered car, unless you happen to live near one of the 48 California filling stations, or the lone pump in Honolulu. In contrast, there are 5,250 high-speed EV charging locations and about 115,000 traditional gas stations in the US.

Hydrogen, the most abundant element in the universe, does have a place in the constellation of sustainable fuels. But that’s for applications that don’t require many pumping locations, like long-haul shipping, as well as high-torque workloads prevalent in heavy industry.

Amazon is already using hydrogen-powered forklifts inside fulfillment centers. And Amazon and BEV have both invested in ZeroAvia, a British-American company that’s developing short-haul planes powered by green hydrogen.

If what you drive in ’35 will be a made-for-gas vehicle, you’ll have a lot of company. Which is why investing in lower-emission alternatives will be critical to meeting sustainability goals.

“I tell people all the time that there will be more gasoline-powered vehicles in 2050 than there are today,” Toone said. “So the notion that you can by fiat say we’re not going to use internal-combustion engines after some deadline is ludicrous. There’s zero chance that will happen.”

The need for low-emission fuels is even more stark in developing nations, where infrastructure for EV and hydrogen may be decades away.

One company with promising technology is Sacramento, Calif.-based Infinium, which is developing a net-zero carbon fuel to power existing planes, trucks and ships.

“That’s especially relevant when it comes to aviation, because eliminating CO2 emissions from jets is a 10-year-plus problem,” Peterson said.

Opinion: These emerging technologies could let us store solar and wind energy

Too early to pick a winner

Getting to net-zero emissions is a multi-decade process. And because there’s so much yet to be developed, it’s too early to pick a winner.

Opinion: If we take these five steps now, we can ward off a climate disaster

Mike Feibus is president and principal analyst of FeibusTech, a market research and consulting firm. Reach him at [email protected]. Follow him on Twitter @MikeFeibus. He does not directly own shares of any companies mentioned in this column.

: Spurred on by the pandemic, more homeowners are selling to iBuyers — avoiding hordes of strangers traipsing around their house
Privacy Concerns Being Raised Over New Facebook Smart Glasses
Comment

$50M might not cut it for Potomac Yard Metro southwest entrance

Personal Finance Daily: Travel security experts advise caution when traveling to the Middle East and this is the ‘best’ whiskey on planet Earth