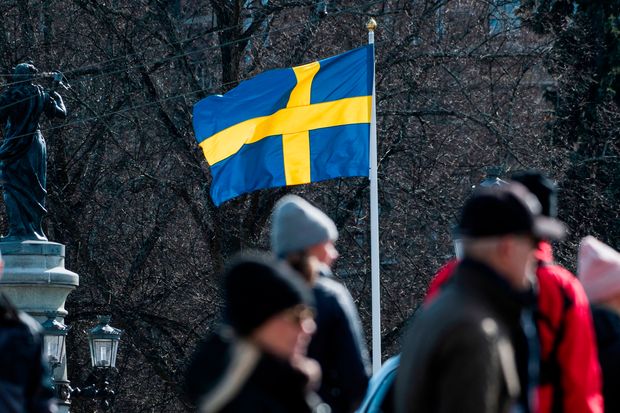 Authorities “strongly recommend” citizens don’t go to bars, restaurants, and nonessential shops, despite having built some immunity in the population. Read More...

Sweden is moving away from its gentle approach to battling the COVID-19 pandemic, by drawing up guidelines for a voluntary lockdown in cities worst hit by coronavirus.

Authorities are set to “strongly recommend” citizens don’t use public transport or go to bars, restaurants, and nonessential shops in the capital Stockholm, as well as Jämtland and Uppsala.

While the details are still being worked out, this could be the world’s first voluntary lockdown, and a step change from a country that has been an outlier in the way it has tackled the pandemic.

It was one of the few countries that didn’t go into lockdown, and has rejected the need for masks.

Read: Sweden is developing herd immunity, some of the country’s experts claim, but the figures say otherwise

But the infection rate has been growing and stands at 45.9 per 100,000 people over the past seven days, according to latest figures. Since the start of the pandemic there have been 5,918 deaths among Sweden’s relatively small population of 10 million, but latest figures show it recently recorded 970 daily deaths — the highest since June.

Public-health officials are reported to be working on the new voluntary lockdown guidelines. These include asking citizens to avoid traveling to different regions, or mixing with other households, and staying away from care homes and high-risk people.

There are no plans to enforce the voluntary rules because the culture in Sweden is such that, when asked, the population is expected to willingly comply.

Read: Sweden didn’t impose a lockdown, but its economy is just as bad as its neighbors

Anders Tegnell, Sweden’s top epidemiologist, has told broadcaster STV: “In the first instance we always begin by trying to help people to better understand the restrictions we already have in place. If they don’t seem to have an effect…then of course we need to consider other ways to constrain these opportunities for transmission.”

While the country hasn’t been actively seeking herd immunity, it has built some levels of immunity in its population. Herd immunity is where the infection spreads to levels where a high number of the population becomes immune to the disease, thereby reducing the rate of transmission and protecting those who are most at risk of dying.

Google hit by antitrust charges in US over search
: Google officially charged with antitrust by Justice Department
Comment