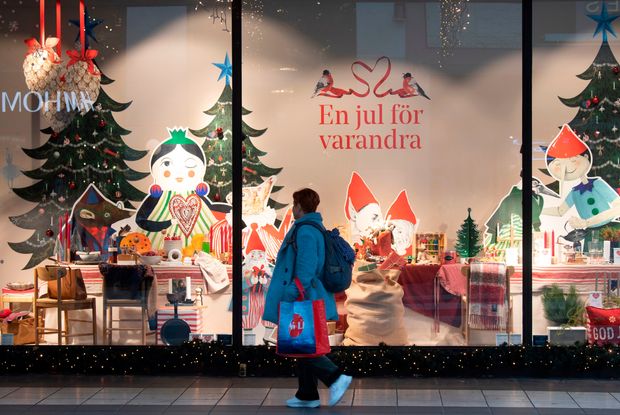 Sweden is switching from its voluntary lockdowns with a much harsher approach that will see public events of more than eight people banned. Read More...

Sweden is switching from its voluntary lockdowns with a much harsher approach that will see public events of more than eight people banned.

The Nordic country was one of the few countries that didn’t go into an enforced lockdown, and has rejected the need for masks. In October, it drew up guidelines for a voluntary lockdown in cities worst hit by coronavirus.

Read: Sweden prepares to join the rest of the world with lockdowns — but they are voluntary

But in a dramatic U-turn on Monday, new restrictions will no longer be a recommendation but enshrined in law as part of Sweden’s Public Order Act, which means there will be harsh penalties. Lawbreakers could face up to six months in prison or fines.

The restriction is aimed at public events such as sporting events and concerts, but doesn’t extend to private gatherings.

Prime Minister Stefan Löfven told his citizens: “It’s going to get worse. Do your duty and take responsibility to stop the spread of infection.

“There should not be social situations with more than eight people even if they are not formally affected by the law. This is the new norm for the whole society, for all of Sweden. Don’t go to the gym. Don’t go to the library. Don’t have dinners. Don’t have parties. Cancel.”

Read: Sweden is developing herd immunity, some of the country’s experts claim, but the figures say otherwise

Previously, events had been limited to 50 and then relaxed to 300 in some situations, although different regions implement different restrictions.

The infection rate peaked at 5,764 new daily cases on Nov. 11, according to the Worldometers website. It also shows there are 177, 355 cases in total on Nov. 16. Since the start of the pandemic, there have been 6,164 deaths among Sweden’s relatively small population of 10 million, according to Worldometers, which had peaked at 115 a day in April.