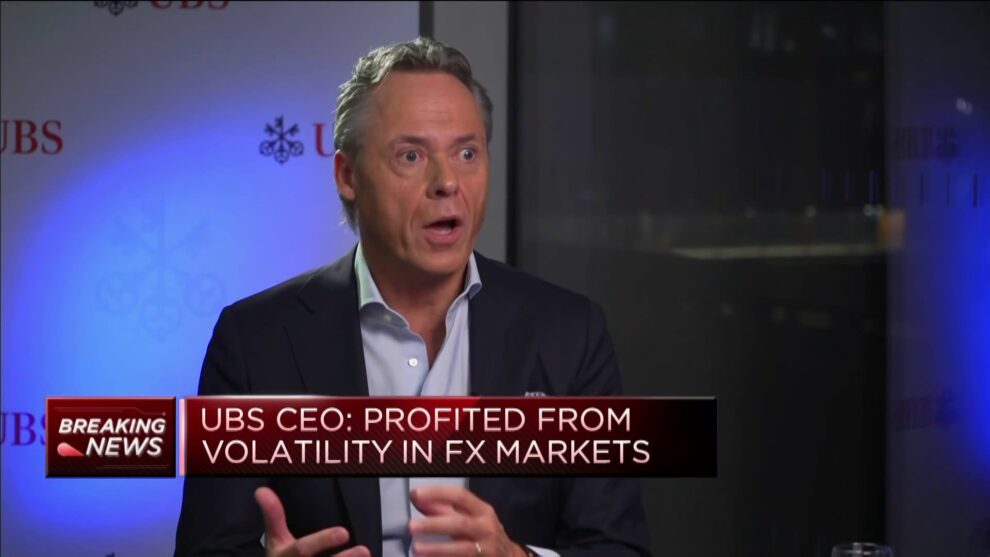 UBS on Tuesday reported a net income of $1.7 billion for the third quarter of this year, slightly above analyst expectations, with the Swiss bank citing a challenging environment. Read more...

UBS on Tuesday reported a net income of $1.7 billion for the third quarter of this year, slightly above analyst expectations, with the Swiss bank citing a challenging environment.

Analysts had expected a net profit of $1.64 billion, according to Refinitiv data. UBS reported a net income of $2.3 billion a year ago.

The Swiss lender had missed expectations in the last quarter when it posted a net profit of $2.108 billion. The bank said at the time the second quarter had been “one of the most challenging periods for investors in the last 10 years” due to high inflation, the war in Ukraine and strict Covid-19 policies in Asia.

UBS said Tuesday these factors continued to be in investors’ minds in the third quarter.

“The macroeconomic and geopolitical environment has become increasingly complex. Clients remain concerned about persistently high inflation, elevated energy prices, the war in Ukraine and residual effects of the pandemic,” Ralph Hamers, CEO of UBS, said in a statement.

Speaking to CNBC’s Geoff Cutmore, Hamers said, however, that there have been very strong flows into the business over the quarter, with net new fee-generating assets at $17 billion.

Other highlights for the quarter included:

Its investment banking division saw revenues down by 19% with the lower performance in equity derivatives, cash equities, and financing revenue being offset by revenues in foreign exchange. The Global Wealth Management division also reported lower revenues, down by 4% year-on-year.

However, Personal and Corporate Banking revenues rose over the same period on more beneficial rates from the Swiss National Bank.

Hamers noted Tuesday that clients on its wealth side were looking for alternative investments and cash, and he predicted that activity on the institutional side of its trading unit would remain weak in the fourth quarter.

UBS is aiming to improve its business in Asia-Pacific and CEO Hamers said he sees “some opportunities to grow” in China.

“The confirmation of [China President] Xi for another term is on one side basically the confirmation of consistency going forward, so some of the policies that he has come out with over the last year will most likely be continued,” Hamers said.

He added that the Swiss bank looks at China “by virtue of its demographics and some of the dimensions of the economy.” “We think over time it is a very attractive place, so it is a strategic place,” he added.

Elsewhere, Hamers expects a “challenging” time for Europe given the ongoing energy crisis and war in Ukraine.

“Europe will have a challenging period, a challenging winter although they have their reserves,” he said, adding that the Swiss bank expects the region to enter a recession.

Shares of UBS are down about 8% so far this year.