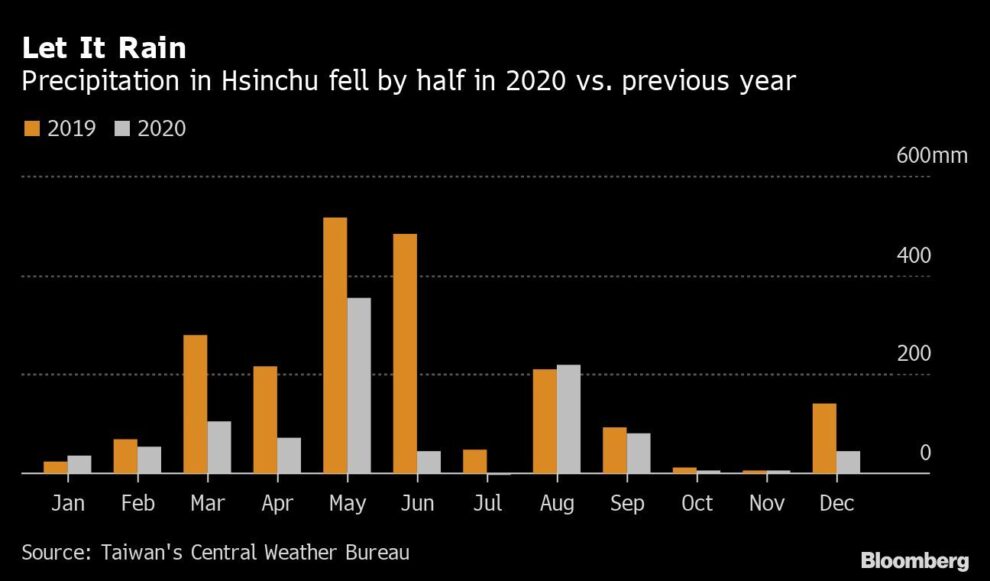 (Bloomberg) -- Taiwan offered reassurances Monday it has sufficient water reserves to keep a giant tech industry led by Taiwan Semiconductor Manufacturing Co. humming till late May, when monsoon rains arrive to alleviate its worst drought in decades.The island should have enough water to supply the public and industry till then though precipitation is likely to fall short of average historical levels, Minister of Economic Affairs Wang Mei-hua told reporters Monday. The drought has so far exerted no impact on TSMC nor other companies, Wang added.Taiwan faces its worst drought in 56 years, a challenge to water-intensive sectors of the economy from chipmakers to textile factories and farms. The heightened level of concern coincides with a global shortage of semiconductors that’s halting output at automakers from General Motors Co. to Volkswagen AG, spurring TSMC and its peers to run their fabs at close to full capacity to try and sate demand.On Sunday, President Tsai Ing-wen said on her Facebook page her government will do everything in its power to stabilize supply. Chipmaking consumes enormous quantities of both power and water. U.S., Japanese and European officials have urged the Taiwanese government to do all it can to ensure a steady supply of chips as automakers in their countries delay production and idle plants due to a lack of crucial components.The World Is Short of Computer Chips. Here’s Why: QuickTakeTSMC has trimmed usage and ordered small amounts of water by the truckload for some of its facilities to prepare for potential water-use restrictions, spokeswoman Nina Kao said in an email. Longer term, the island is setting aside NT$17 billion to build 11 recycling plants by 2026.Spanning the Tropic of Cancer in the western Pacific Ocean, Taiwan typically receives copious amounts of rainfall. But last year was abnormally dry by historical standards. Hsinchu City, home to the likes of TSMC and MediaTek Inc., received just half the amount of rain in 2020 than it did the year before. The southern city of Tainan, another major center of technology manufacturing, also saw a significant drop-off in the amount of rain.About 70% of Taiwan’s water supply goes toward agriculture while industrial production uses just 20%. The remainder is for residential and commercial use, Taiwan’s Water Resources Agency Deputy Director-General Wang Yi-fung said in an interview Monday.Recent conservation measures, including fallowing some farmland, has helped save some 701 million tons of water. That ensures Taiwan has enough water till late May, with an additional month’s supply cushion, he added. Taiwan uses about 16 billion to 17 billion tons of water annually, the official said.Typhoons are usually an important source of precipitation but they didn’t deliver for Taiwan last year. Not a single typhoon made landfall in all of 2020. Over the past century, the island is hit by between three and four typhoons each year on average, according to the island’s Central Weather Bureau.For more articles like this, please visit us at bloomberg.comSubscribe now to stay ahead with the most trusted business news source.©2021 Bloomberg L.P. Read... 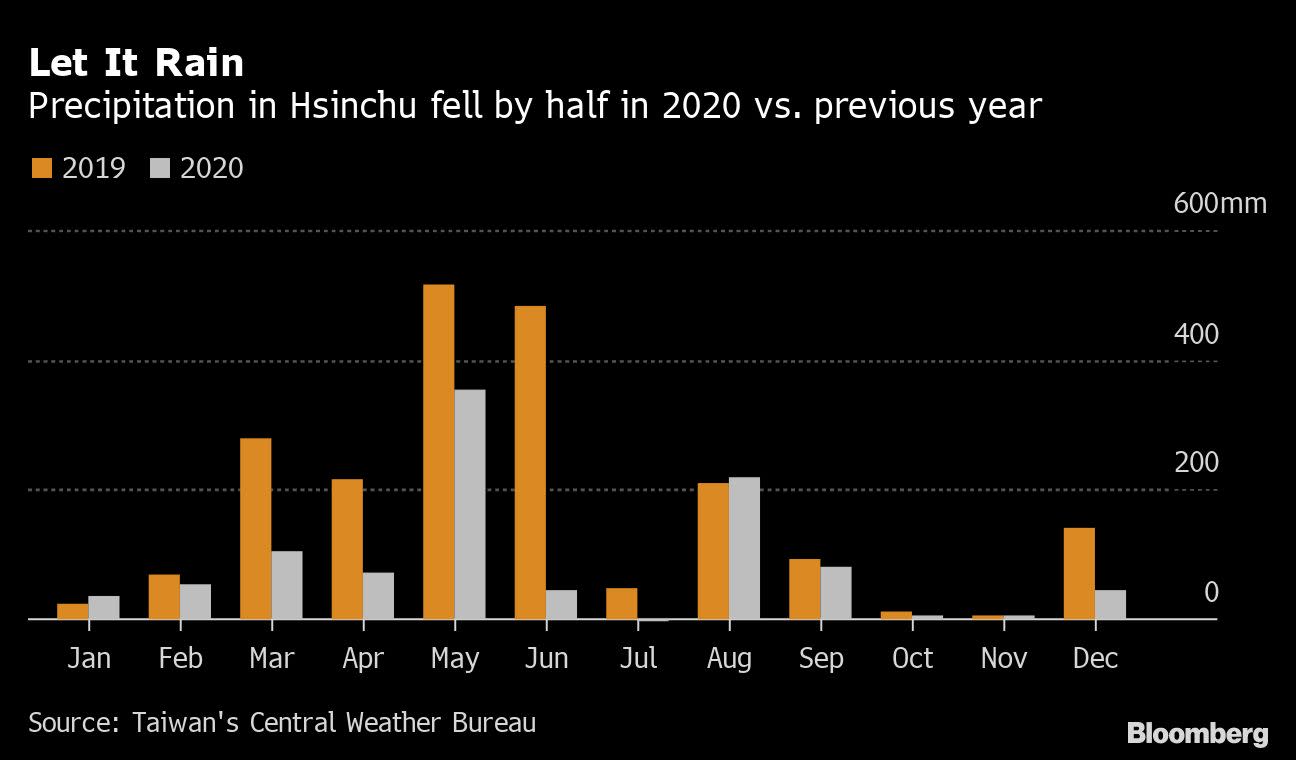 The Margin: Meghan Markle revealed she worked at Humphrey Yogart. The internet is delighted.
Autotrader: 10 new cars you can get for less than $300 a month
Comment

The Tell: A day of reckoning nears for the stock market if a coronavirus rescue deal isn’t sealed before a Thursday labor report, says BTIG analysts