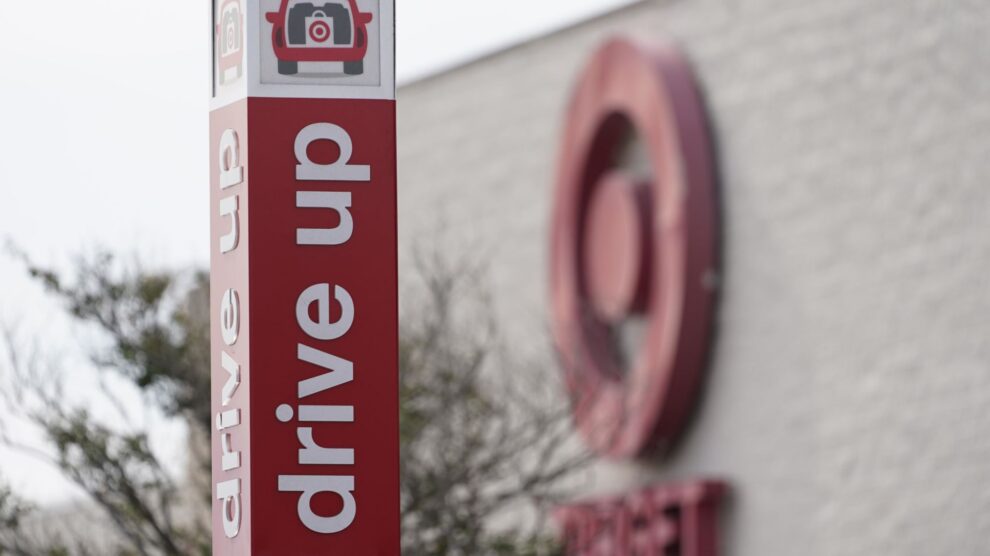 SEANA SMITH: Target and Walmart, they were both out with earnings this week, and one thing that both retailers saw during the third quarter, a massive boost in their e-commerce business. We want to bring in Dan Roberts for a little bit more on this. And, Dan, a strong e-commerce platform has been so critical for all retailers in order for them to be successful during the pandemic. When you take a look at the numbers at Target and Walmart put up, I guess how big of a role do you see this playing here in the future and really going beyond the pandemic?

DAN ROBERTS: Well, it’s everything, Seana, right? I mean Walmart’s e-commerce sales surged 79%, but Target’s were up 155% in the quarter. Now, both had strong beats not just thanks to e-commerce, but I think it’s obvious where the puck is headed. Now, of course, this was already happening before the pandemic. But just to set the stage for you guys to my angle here, I feel like the most interesting story in a macro sense for all of business during the pandemic has been, which trends that have accelerated because of the pandemic, because of stay at home, because of remote work will actually remain after the pandemic? And which ones will go away and return to normal?

So we saw that the second Moderna and Pfizer released encouraging vaccine news, a big hit to all the stay at home stocks– Peloton, Zoom, Slack. Now, I think some of those, it’s silly to think that their growth won’t continue after the pandemic. Zoom, Slack– work teams are going to continue to use those names. Peloton, we can debate. A lot of people think once there’s a vaccine, goodbye to Peloton’s rapid growth. People will return to gyms.

But e-commerce, I mean, look at these numbers. This was a trend already happening. Clearly, it’s not just going to reverse itself once the pandemic is over and we’ve got a vaccine. Sure, some people will return to physical retail stores, and that’s actually why the share of overall US retail that is represented by e-commerce dipped back a little bit in Q3 from 16.1% in Q2, after full lockdown, to 14% in Q3.

Now, that’s not because e-commerce dipped. That’s simply because the share of physical retail went back up in Q3 because stores reopened. But, guys, look at the numbers– end of Q3 2019, e-commerce was just 10% of all US retail spending. By Q2 2020, it was 16%. I’ve heard people say that something like what would have been three years of growth for e-commerce happened in the course of one quarter because of the pandemic.

ADAM SHAPIRO: Dan, does that hasten the demise of, for instance, Macy’s? Because today, they were– they were touting e-commerce growth in the quarter of 27%, which in a normal year might have been, yay, but now it’s like, womp womp.

DAN ROBERTS: Right. Well, it’s not a zero sum game. I mean, I think these things can coexist. But you have to do it right. People have to have a reason to come in. So like many other industries, the overall death of brick and mortar has been somewhat exaggerated, but I don’t think totally exaggerated. I think some chains that are seen as old and dusty and uninteresting and unchanging are going to die off. They’re going to go away. Or they’re going to shift to complete e-commerce.

Other companies are going to be able to have a brick and mortar presence but also have e-commerce. I mean, Walmart and Target also saw rises in their physical store traffic because stores reopened. Of course now with cases rising again, even despite the news of a forthcoming vaccine, I think for a while at least, you’ll see brick and mortar foot traffic dip again as e-commerce just continues to plow ahead.

The Ratings Game: Estée Lauder has a plan to grow, but analysts are mixed about whether it will help the next few months

Nintendo Climbs After Boosting Forecast by 50% on Gaming Demand

FA Center: Many stock investors are too young to remember Black Monday in October 1987 — why that’s a problem