There are rules about when the IRS can and can't go for the gold. Read More... 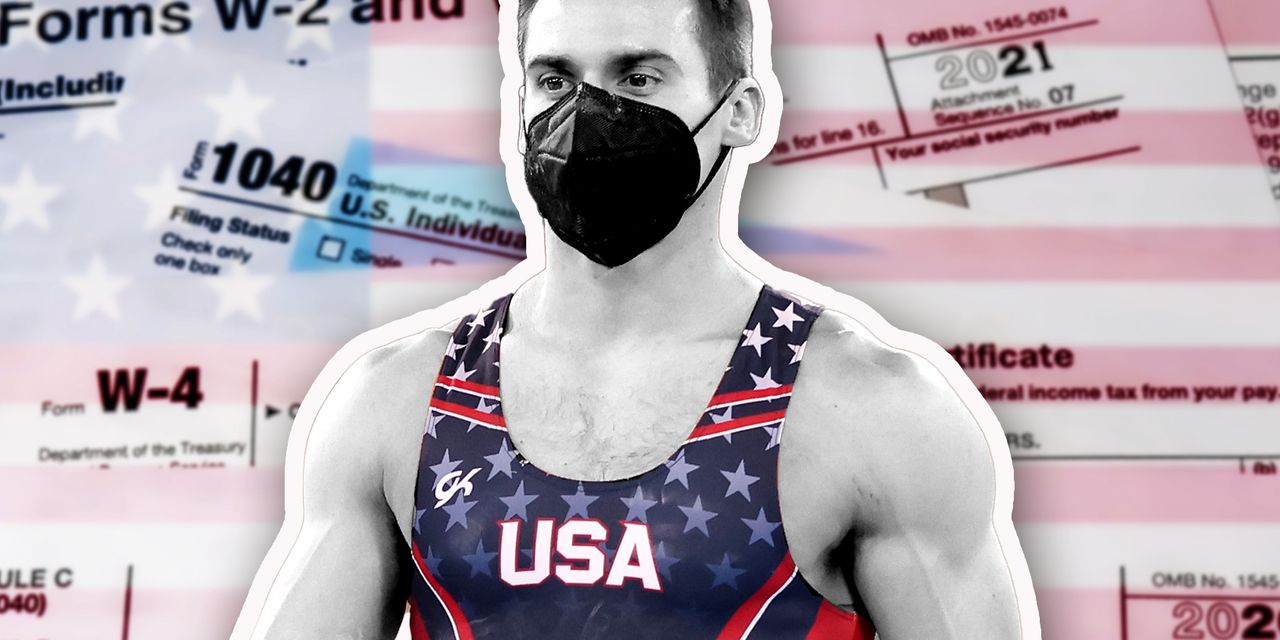 The more than 600 athletes on Team USA converging on Tokyo for the Olympic Games are, by definition, separate and apart from the rest of America’s population.

They have unique mixes of skill, strength and speed that enable them to compete with the elite on a premier global stage as millions watch (albeit not from the stands due to pandemic-related restrictions).

And when they return home and get around to their 2021 taxes many months from now, these athletes might also discover their tax situation is different too — thanks to the interplay of Olympics-specific tax provisions and changing rules on who gets paid in the sports industry.

As the Olympic Games approach, here’s a look at how the taxman can, and cannot, go for the gold too.

The International Olympic Committee awards the iconic gold, silver and bronze medals, but it does not distribute cash prizes to winning athletes. However, the Olympic committee in America and those in other nations give money to the medal-winning competitors coming from their country.

The United States Olympic & Paralympic Committee (USOPC) awards $37,500 to athletes winning gold, $22,500 for silver and $15,000 for bronze medals. The pay scale is the same for the Olympic and Paralympic Games and there is no maximum payout, a USOPC spokesman said.

Typically, money from prizes for athletic events would be subject to income tax, in the same way lottery winnings are taxable.

But lawmakers decided it was a bad look for Uncle Sam to assess tax on the winnings after athletes brought home acclaim and prestige. Critics like Sen. John Thune, a Republican from South Dakota, and Sen. Chuck Schumer, a Democrat from New York, derided the so-called “victory tax.”

Months after the 2016 Olympics in Rio de Janeiro, then-President Barack Obama signed the United States Appreciation for Olympians and Paralympians Act, which said a person’s taxable income would not include any prize money for participation in Olympic or Paralympic Games. Taxable income also cannot include the value of any medal, the law said.

The exemption applied to anyone making under $1 million — putting superstar athletes out of contention for the tax break — and it had retroactive effect, meaning it applied to 2016 winners under the income threshold.

“The tax code is full of exemptions, of which this is one of those exemptions,” said Tim Johnson, partner at JLK Rosenberger, who leads the accounting firm’s sports practice.

Johnson handles the tax matters of more than 100 athletes, primarily in the National Football League and Major League Baseball, and he’s previously worked with an Olympic athlete too. Even among athletes, the income tax exclusion on Olympic-related prize money is a distinction, he noted.

2020’s Team USA includes some mega stars who will most likely have to pay taxes for their feats if they win.

America’s Olympic basketball team includes Brooklyn Nets Forward Kevin Durant, who makes $75 million in combined on- and off-court earnings, according to Forbes. Portland Trail Blazers point guard Damian Lillard is another member of the team. He makes a combined $40.5 million, according to the Forbes list.

Each sport determines its own eligibility rules when it comes to amateur or professional status, the USOPC spokesman said.

But amateur and professional status do not make a difference for the IRS, explained Justin Linscott, principal at Holbrook & Manter, where he leads the high-net-worth and sports and entertainment practice. The money at issue is still income that’s potentially taxable, depending on the facts and circumstances, he noted.

There are no cross-border taxes (at least, for the Olympic Games)

The pandemic caused millions of people to work remotely. In the process, these workers may have learned a hard lesson this past tax season about the varying rules for when state- and city-level income tax obligations kick in.

Generally, most states levy income taxes on residents and non-residents who are making money within the state’s borders. But states have all kinds of timelines for when taxation starts, and various “reciprocity” deals with nearby states.

The mix of rules is overly complicated, say critics. But this is what professional athletes with lots of road games having been facing for years when their tax professionals prepare their returns.

One sizeable task in a professional athlete’s tax obligations is figuring out which states they owe state-level income taxes to, given all the travel involved, Johnson and Linscott said.

But Olympic athletes will not face international cross-border taxation issues when they go to Tokyo.

“In Japan, it is legislated as a special tax treatment that the prize award given to non-resident athletes participating in Tokyo Olympic/Paralympic is exempt from Japanese taxation,” Yoshihisa Kita, first secretary of finance for the Japanese Embassy in the U.S., told MarketWatch.

That’s in keeping with other kinds of international athetic events, Linscott said.

“Generally, host countries make it easy on the individual players,” said Linscott. They do not want to provide a tax disincentive to travel abroad to compete, he added.

Linscott’s firm has handled tax matters mainly for NFL and NBA players , but also Olympic athletes as recently as 2016. When NFL players have London exhibition games, they don’t have to file U.K. tax returns, he noted.

When workers tried to see if they could write off the spare screen or comfy chair they purchased in 2020 for their makeshift pandemic home office, they may have been disappointed to learn there was no tax deduction available for those expenses.

That’s because the 2017 Tax Cuts and Jobs Act ended deductions for employees’ unreimbursed job expenses through 2025.

For the same reason, athletes cannot deduct business expenses against their wages, Johnson noted. But they possibly can get some deductions when reporting endorsement deal money, he added.

Athletes can receive the money via an entity like a limited liability company, or as a sole proprietor. Because they are leading their endorsement deal business, they — like other taxpayers with self-employed income sources — may be able to deduct business expenses the IRS deems “ordinary and necessary.”

Some examples could include the travel costs to get to the film set for a commercial, the fee to pay an agent and even the cell phone costs to talk with an agent, Johnson said.

Now suppose a low-profile athlete goes to Tokyo, becomes a medal-winning sensation in their sport and parlays that acclaim into endorsement deals all in 2021. Could they expense their pre-success costs from that year against the money from their newly-landed deals?

If Johnson was doing the person’s taxes, that’s something he’d want to discuss to see if there was a link.

A slew of state laws, coupled with a recent U.S. Supreme Court ruling and rule changes by the National Collegiate Athletic Association are all enabling college athletes to make money off their name, image and likeness.

Some players are already cashing in, but the sea change is just starting as the Tokyo games begin. By the Paris 2024 Olympic Games, young athletes will have had years to make deals and come to the games with robust incomes as well as robust skills.

Linscott and Johnson agreed the Team USA members going to the 2024 games could have much more complicated tax situations as a result.

If the next crop of Olympic athletes “are already a successful brand and over the victory tax limit, then they are going to pay tax on the full value of their prize money,” Johnson said.